When I answered an ad for a caretaker at Saint Mark’s Sanctuary I thought I’d be dusting chandeliers and polishing floors. I didn’t expect to be tricked into a curse, going in debt to a monster, and being forced to take a self-paced “Let’s Learn Magic” course so I can fix a two-thousand-year-old problem.

And that monster?
Not your ordinary, everyday beast.
He has hooves, and horns, and fur on his legs.
But ya know where he doesn’t have fur?
Yep. There.
Which is fine.
Except he doesn’t wear pants.

Nothing at Saint Mark’s is exactly what it seems.
The entire inside is magic, the hallways upstairs are nothing but parties from the past, and the super-hot guy who lives in the dungeon?
Yeah.
Not human.

My name is Pie and all I want is to be a normal girl with an average life.
I refuse to get stuck in this curse.
I refuse to learn magic to break it.
And there is no way in hell I will fall in love with a monster.

DAMAGED GODS is a fun paranormal monster romance about a girl named Pie who accidentally stumbles into a monster’s 2000-year-old curse only to find she’s exactly where she’s supposed to be. 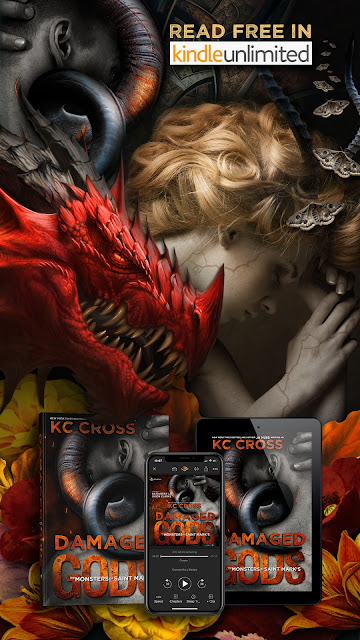 “If this kills you, you should thank me. Since you’re immortal. That means your curse would be broken.”

Well. She’s got a point there. I put the test tube up to my lips, almost pass out from the horrible smell, then down it in one gulp. It hits my stomach with a burn.

“The burn passes,” Pie says hurriedly. And she puts her hand on my arm, either faking compassion or really meaning it.

Her touch is warm too. And something about it does make me feel better. Soon, the burn is gone and in its place is a tingling feeling in my hands. Then a buzzing in my head.

“Did you get to the buzzing yet?” she asks. I nod. “Good. You’re almost there. Now, while we’re waiting for it to work, let’s talk about this job.”

“Yes. I need a job. Just a part-time one. The Honey Bean is looking for a waitress. I need that, Pell. And I will use all my money to buy what we need and then I won’t have to go into debt.”

“Harder to what?” she presses.

“Please me. The harder you’ll have to work to please me with the debt book stuff.”

She points a finger in my face. “I will not be blowing you. Just… FYI.”

I cannot hide my laugh. “Good to know. And for the record, Pie, you’re not my type.”

She lifts her chin up in indignation like I just insulted her. “I’m not your type?”

“What kind of type do you like? Bull girls?”

“There are no female satyr chimeras. We’re all men.”

“Then what is your type?” And now she’s annoyed.

I shrug. “I’ve always been partial to the nymphs.”

“Nymphs.” She crinkles her nose like the thought of nymphs is distasteful. “Water fairies?”

“Not fairies. Nymphs. You know. Willowy girls with evil intentions lurking in the forest.”

She laughs. A real laugh. “You like bad girls?” 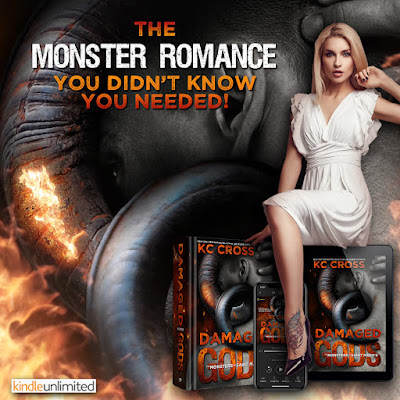