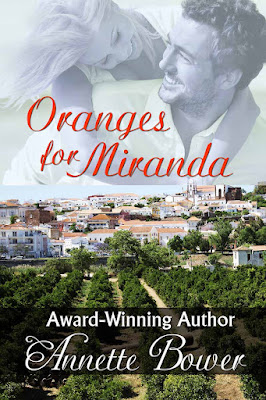 Miranda Porter, a newly retired award-winning businesswoman, leaves home to transition into her new life stage. Always in control, this is her time to have fun without plans and responsibilities. Enter Renato Monteiro, a considerate tour guide with secrets. Miranda isn’t looking for long-term. She wants a purpose in her retirement. Could her purpose in retirement be finding love in this unlikely place? Could her aim be domesticity and caring for and be cared for by a newly found friend? Will a vacation romance end because of miles?

Renato Monteiro has decisions to make. Stay in his birth country where his female relatives want him to marry a woman young enough to give him children. Or does he return to his second home, where he has a purpose and has built a life without children? The day Miranda and he bumped heads changed his life and his pursuit. Now he must decide which is most important the family he was born into or the family he chooses.

The bubbles floating across Miranda Porter’s abdomen and covering her breasts reminded her of the retro photos of women in clawfoot bathtubs. She inhaled the scent of lavender and wiggled her toes against the worn brass taps. Who should I be today in this new place? What name would reflect a woman in this bathroom in this whitewashed stucco home nestled among the other houses sheltered by red-tiled roofs in Albufeira?

Arriving in the southern coastal city in Portugal late in the afternoon after a long and tiring journey from Regina, Saskatchewan, Canada, she’d admired the stylish women walking along the cobblestone streets in their stilettos. Women with names like Raquel, Sofia, or Lusia all sounded softer, more romantic. Indeed more European than Miranda. Miranda was in Shakespeare’s play The Tempest, where father and daughter were stranded on an island. But not her story, just her name. She wasn’t stranded. She chose the Portuguese Algarve to be the place of winding down and redefining the woman she was now. Not the Miranda of the Canadian Prairie, award-winning realtor and mother of two adult children.

Thank you, Lynn, for hosting this Virtual Book Tour for my contemporary Romance Novel, Oranges for Miranda.
You have given me a topic: What made you decide to make a career change? Was there an author that had some influence on your decision?
I have to think back. Did I make a career change?
When our children were young, I was fortunate to be a stay-at-home mom. To keep my skills and contribute to our community, I became an elected town councillor, and then I went back to school and refreshed my nursing qualifications. I used those skills in a classroom as an assistant hired for a physically challenged student. My writing desire was calling me. I decided to start as full-time as possible with Daisy, our basset hound looking at me with soulful eyes and begging for walks. I began writing what later became Moving On with a new to us computer. Of course, after forty pages, I hit a button, and it vanished into cyberspace. My computer knowledge was limited.
I couldn’t get it back. I cried, and I told my husband Cam I either have to get a job or divorce. He suggested I return to university as a mature student and take an English degree. I did. I learned many things, but not how to write Harlequin romance novels which I wanted to write. I published many short stories, hung out with beginner, intermediate and best-seller writers, and became part of the writing community. The children moved away from our small town home, and I always say that Cam didn’t have anyone to boat or snowmobile with, so we moved into the city. It was a good move for both of us. I was closer to the courses and opportunities offered through our writing community, and Cam joined a golf club. I had joined the Romance Writers of America and found the Saskatchewan Romance Writers. Gradually I found my voice to tell my stories.
There wasn’t a particular author but rather the brand. Harlequin novels were in my blood, my soul. However, when I found my voice, it didn’t fit the Harlequin brand. I couldn’t analyze how the authors wrote the compelling novels because I would get lost in the story. I pitched to Harlequin editors at conferences, but it took me a while to understand that my storytelling did not match the brand.
For many years Brenda Novak ran an annual auction to raise money for a cure for Diabetes. Many authors, publishers, agents, readers and sponsors took part. I discovered this opportunity and won the chance to submit to Soul Mate Publishing. Debby Gilbert, the owner and editor of Soul Mate Publishing, accepted Woman of Substance. It matches her brand. I have published five novels with her: the fifth being, Oranges for Miranda, which is featured today.
Many writers I know have taken the Indi path. I like having the publisher behind me and in front of me doing the heavy lifting.
I learned over the years that there are many different ways to tell a story, and there are readers for each type. I’m thankful every time someone takes the time to journey with my heroine and hero on their way to love.
~~~~~~~~~~~~~ 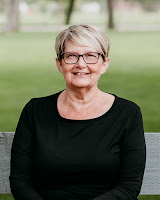 Annette believes home is where her stories percolate. And her home is a condo where she watches the urban life below, airplanes arrive and depart at the international airport, and the seasons change on farmland near the horizon. Annette travels extensively but always returns home to Regina, Saskatchewan. Whether at home or away, and even though directions are always a challenge, she wanders the streets, parks, and lanes observing how people live, love, and care for one another. Your way of sitting, holding hands, the way you tilt your head, or a t-shirt you wear may end up in one of her stories.

On her first trip to Olhos de Água, a fishing village in Portugal, she stopped at a café where the proprietors were a mother and daughter. Annette sat at the outdoor blue and white tiled table and ordered an espresso and brandy. While the sun warmed her back, she opened her new notebook. The older woman walked by carrying a basket, tipped her head toward Annette’s blank page, and shrugged. When black-laced heeled shoes struck the tile, and the scent of just-picked clementine oranges interrupted Annette’s writing, the woman plunked three oranges at the edge of her page. Annette cherishes this gift from one woman to another. Recently, Annette travels with an accompanying Orange and shares pictures on Social media as her way of honoring those Portugues women. A version of this event appears in her new novel, Oranges for Miranda.

During another trip, while searching for an address in Malaga, Spain, she asked a well-dressed man carrying a floral paper-wrapped bouquet if he spoke English? Would he direct her to the address? With impeccable English, he suggested she walk with him. They chatted, and she discovered he was a lawyer in his final days of retiring. Finally, she asked to whom he was giving the flowers. He lifted the cover to reveal a large crucifix. This detail has not appeared in a story yet.

In a coffee shop, looking south between glass tower office buildings, she could be anywhere in the world. However, she is home watching people on Eleventh Avenue run for buses, bring tea to a panhandler, and holding mittened hands while bending into the wind.

Annette uses experiences she gathered as a nurse, town administrator, elected official, traveller, and member of a large extended family to inform her stories because writing is her joy.

Webpage: https://annettebower.com/ (Also a sign up for my monthly newsletter)

drawn winner via rafflecopter during the tour.