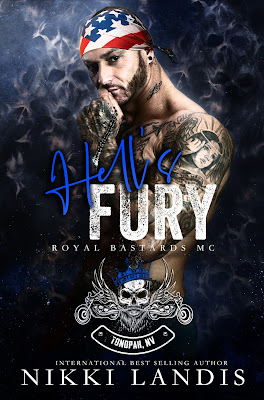 TWO WORLDS. TWO CODES. ONE PATCH.
I’m a Marine and a patriot.
It’s my job to bring the guilty and sadistic to justice.
But I failed.
Some of Naomi’s tormentors still live.
I took a bullet to save her but she’s still not safe.
She’s given my pain and rage purpose.
The ones who tortured her have to die for their crimes.
I killed to keep her safe. I’ll kill again.
My brothers think I’m crazy but I won’t let anyone harm her.
Naomi’s no longer alone or unprotected.
She’s MINE.
It doesn’t matter if she’s broken.
I’ll do whatever it takes to make her whole again.
Or die trying.
She doesn’t understand the depth of my conviction.
Cold, ruthless vengeance is a special skill I learned long ago.
The men who hurt her will regret what they’ve done.
To keep her safe, I’ll ride with my Reaper and all the fury of Hell.
* For best enjoyment it is highly recommended that Ridin’ for Hell is read before Hell’s Fury. 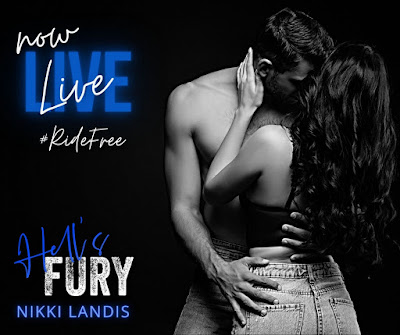 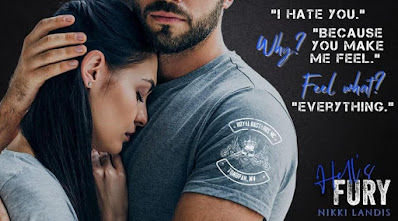 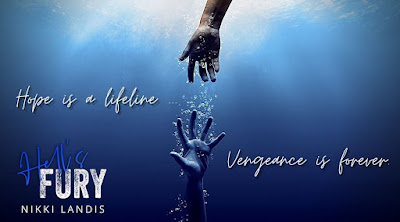 Nikki Landis is the International Bestselling & Multi Award-Winning Author of over 50 romance novels in the MC, reverse harem, paranormal, dystopian, and science fiction genres. Her books feature dark alpha heroes, protective shifters, and seductive vampires and the feisty, independent women they love. There's heart-throbbing action on every page as well as fated mates and soul bonds deep enough to fulfill every desire. She also writes science fiction romance under the pen name Nikki Nova.Sign up for Nikki's regular newsletter and get a FREE book: https://dl.bookfunnel.com/d2cd720txo 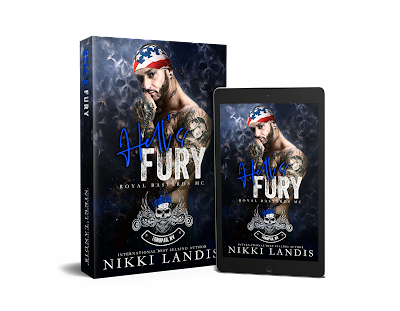