Claimed, the sizzling and addictive first book in the Lair of the Wolven Series from #1 New York Times bestselling author J.R. Ward is available now, and we have a sneak peek!

A heart-pounding new series set in the Black Dagger Brotherhood world, with a scientist fighting to save the timber wolves—and getting caught in a deadly trap herself...

Lydia Susi is passionate about protecting wolves in their natural habitat. When a hotel chain develops a tract of land next to the preserve, Lydia is one of the most vocal opponents of the project—and becomes a target.

One night, a shadowy figure threatens Lydia’s life in the forest, and a new hire at the Wolf Study Project comes from out of nowhere to save her. Daniel Joseph is both mysterious, and someone she intrinsically wants to trust. But is he hiding something?

As the stakes get higher, and one of Lydia’s colleagues is murdered, she must decide how far she will go to protect the wolves. Then a shocking revelation about Daniel challenges Lydia’s reality in ways she could never have predicted. Some fates demand courage, others require even more, with no guarantees. Is she destined to have true love... or will a soul-shattering loss ruin her forever?

In so many ways, Lydia should have known. From the moment Daniel Joseph had appeared in her office doorway, there had been something about him.

“Unless you tell me to go,” he said in a husky voice,

As Lydia stared up into his face, they both knew

what she wanted. What she needed. Still, she kept them on the edge for a heartbeat or two.

When he lowered his head, there was a rumble of satisfaction in his chest—and then she wasn’t hear- ing anything. Thinking anything. Worried about any- thing.

As big and strong as he was, his lips were soft against her own. Gentle, too, as if he knew she wanted to be handled with care—not because she didn’t want him, but because she did. Too much. And God, there were more reasons to pull away than get close to him, except there was no denying the chemistry. The connection. The heat.

And the experience was even better than the anticipation.

Aware that she was going to stop this sooner than she wanted, but much later than she should, Lydia lifted her arms and put them on his shoulders. His heavy body was rock-hard under his windbreaker, the muscles roping up to his neck—and that was where her hands went.

As she dug into the waves, he purred in response, like he was a great cat and she had found his favorite stroking place. And that was when he wrapped an arm around her waist. She did not feel trapped, though. She had the sense, as he continued to stroke her lips softly, that he would let her go immediately.

Not that she was going anywhere anytime the hell soon.

Inch by inch, their bodies came into full contact, her breasts against his chest, the front of her thighs meeting his, their hips brushing. And then the kiss deepened, his tongue licking into her—

Letting out another moan, she tightened her hold on his nape, in his hair, a sense of desperation making her rougher than she should have been—she was holding him to her now, grabbing on to him. But he was going with it. One of his hands traveled from her shoulder to her waist, to her hip, and she moved against his palm, imagining what it would be like to be naked with him touching her.

With those workman hands.

Daniel eased back and stroked her hair away from her face. “You’re a good kisser, you know that?”

“I guess it’s us.” His eyes roamed her face. And then one side of his lips tilted up. “I’m going to go now.”

Lydia exhaled in surprise—but like she was going to sleep with him here on the mauve kitchen floor?

Not a bad idea, actually, she thought as she glanced down.

“Okay,” she said. “I understand. We do work together—”

He traced her cheek. Then her jawline. “If I stay, I’m not going to let you get any sleep at all.” He stepped back. “You know where to find me, if you need me. And I’ll see you after we’re allowed to wake up at four-oh-one a.m.”

Turning away, he lifted a hand over his shoulder. When he got to the door, he said, “Don’t forget to lock up.”

And then he was gone.

J.R. Ward is the author of over thirty novels, including those in her #1 New York Times and USA Today bestselling series, The Black Dagger Brotherhood. There are more than 15 million copies of Ward’s novels in print worldwide and they have been published in 25 different countries around the world.
After graduating from law school, Ward began working in healthcare in Boston and spent many years as Chief of Staff of one of the premier academic medical centers in the nation. She lives in the south with her incredibly supportive husband and her beloved golden retriever. Writing has always been her passion and her idea of heaven is a whole day of nothing but her computer, her dog and her coffee pot. 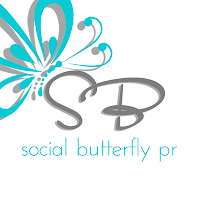