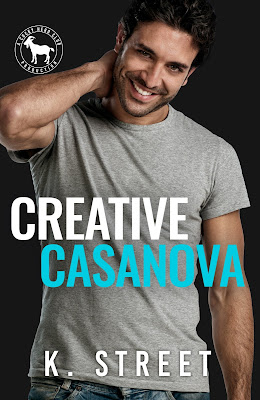 “What’s the craziest thing you’ve ever done?”When Ryder DeLuca posed that question to me at my cousin’s wedding reception, the last thing I expected was to end up in his bed.I was the kind of woman who lived inside the lines—until I broke the rules for a smooth-talking, creative Casanova.I really shouldn’t have been surprised when I woke up alone in his hotel room.Three years later, our worlds collided once more, and this time, I wasn’t only caught off guard by Ryder’s sexy, dimpled smirk, but also by the little boy standing at his side.A little boy he never mentioned, who looked just like him and was old enough to be one of my kindergarten students.The minute Ryder extended his hand to introduce himself, it was clear I had simply been another notch on his bedpost.Anyone in my shoes would have assumed the same thing I did—that Ryder DeLuca was nothing more than a womanizing jerk.Then again, you know what they say about assuming, don’t you?Both of us were marred by a past we couldn’t change, but with a little help from fate, two geriatric cupids, and a dog named Turtle, we just might get our second chance.

Check out the Prologue HERE

K. Street has been making up stories since she was old enough to talk and began writing at the tender age of eleven. She resides in central Florida with her husband and daughter. K is a foodie with an affinity for coffee, peach Moscato, and dark chocolate. When she isn’t plotting her next story K enjoys cuddling with her dog, spending time with family and friends, chatting with her readers, and cheering on her favorite hockey team, the Chicago Blackhawks. 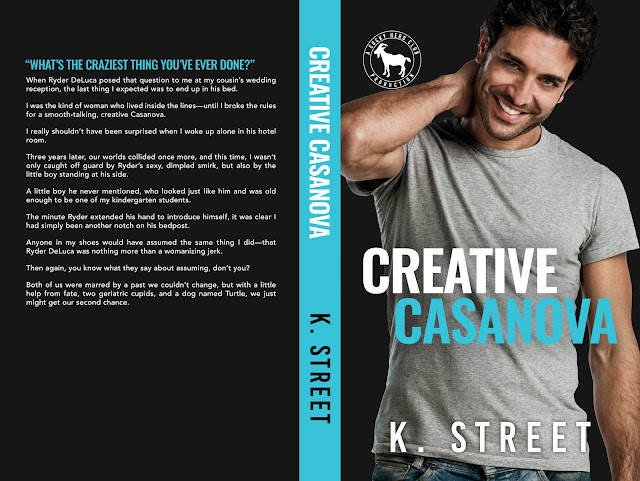