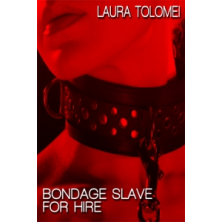 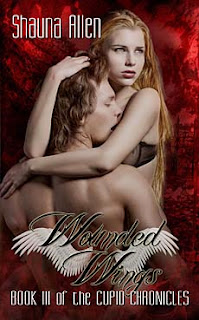 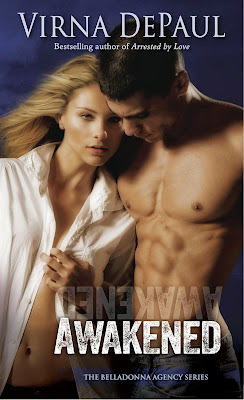 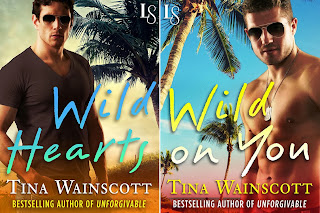 Risk’s mission is to keep Addie out of trouble. But as they grow closer, Addie becomes so much more than a job. And the more he has to lose, the more Risk is willing to put his own life on the line—for her cause, her safety, and her sweet-hot embrace.
Posted by Lynn's Romance Enthusiasm at 7:11 PM No comments:

Getting giddy for release day of “The Great Panty Caper.”

Don't pet me, I'm writing: Getting giddy for release day of “The Great Panty Caper.” And some other stuff.

Stop by Tawna's site and congratulate her on her latest release.  If you've never tried an interactive book before but love her work, you may want to give this one a try.  I read it and gave the book 5 stars.
Posted by Lynn's Romance Enthusiasm at 7:56 PM No comments:

Hello and Welcome!!  We are kicking off this party with a little insight into the characters that make it up and a funny top 10!!  Take it away Julie:
WHAT’S IN A NAME?
Loving Sarah, my first book, started with a name.  Jesse Colter.  As soon as it appeared in my mind I knew that I would have to write a book about a man named Jesse Colter. I couldn’t stop thinking about him.  What would someone named Jesse Colter look like?  Smell like?  Sound like?  Be like?  For months I let him take shape in my thoughts until I felt I knew everything about him.  He’s 6’3”, black hair, half Native American, with skin the color of the sun shining on polished bronze, eyes so dark they look black.  Aquiline nose, high cheekbones, and a square jaw give his face a dark, brooding sort of intensity.  He’s strong, stalwart, a man of honor and integrity.  He exudes power and sensuality, commanding any space he occupies.
His childhood was horrendous, with no mother and an abusive, alcoholic father who used him as a punching bag.  By age nineteen, he was heading for a bleak, uncertain future.
And that’s when he met Sarah Marshall.  She was just thirteen when he rescued her from a thirty-foot fall out of a tree.  Their bond was instantaneous and unbreakable.  They couldn’t have been more different—she the daughter of a judge, descendant of English aristocrats, raised in the lap of luxury, he the mixed blood, illegitimate son of a Native American prostitute and the town drunk.
I felt compelled to tell his and Sarah’s story.  But stories often have a way of being hijacked by their own characters and Loving Sarah was no exception.  Imagine my surprise to learn that Jesse Colter was a sexual Dominant.  That his best friend, Adam Sinclair, another Dom, had also fallen in love with Sarah and was not content with being relegated to the role of sidekick.  He wanted his chance with Sarah as well.  Jesse Colter took over his own story, and Adam wasn’t far behind.  Even Sarah began making demands.  By the time I realized that I couldn’t possibly do these three characters justice in only one book, it was too late.  I had too much material.  In order to keep the finished book to a reasonable size (say, under eighty pounds) I was going to have to (gasp) leave stuff out!
Now, asking an author to leave stuff out is like asking an Olympic runner to cut off a leg.  But that’s what I was faced with when, all of a sudden…(Hark!  Is that harp music, angelic choirs, rays of sunlight beaming through the clouds?)…why not tell their story over two books?  That way I not only wouldn’t have to leave stuff out, but I could write even more stuff!  Win-win, right?
Hence, the publication (September 25) of Owning Sarah, the long-awaited sequel to Loving Sarah.  Both books are Siren M/f/M Menage Amours, BDSM Collection, both have a Heat Rating of Sextreme.  Order Owning Sarah at www.bookstrand.com by October 2 and save 15%!
Julie also wanted to share with you the top ten worst names for a Dom...lol.
Top Ten Worst Names for any self-respecting, alpha-male, bad-ass hero Dom
10. Darnell
9. Percival
8. Cadwallader
7. Cornelius
6. Binky
5. Morris
4. Farquahr
3. Sherwood
2. Augie
1. Evelyn

I definitely agree with those!  Now let's take a look at Owning Sarah: 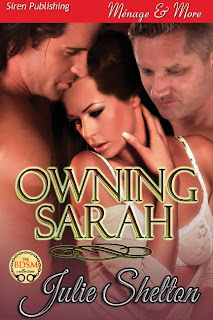 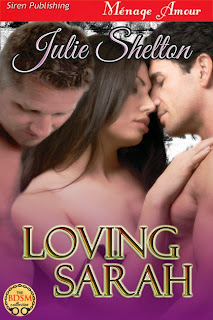 Posted by Lynn's Romance Enthusiasm at 8:13 PM No comments: