Former terror cell expert Audrey Jenkins has seen enough death and
destruction to last a lifetime. When she uncovers her ex, Brett, a
higher-ranking officer in her unit, selling military secrets, she turns him
in and returns to the simpler life she has embraced since leaving the army.
CID Special Agent Cam Harris is a career military man with a strong sense of
duty. When a military prisoner who once saved his life in Afghanistan
escapes while in his custody, he requests the assignment to track him down.
Cam's manhunt leads him to Audrey's door. His prisoner—her
ex—will resurface here, he’s sure of it. The feisty woman wants
nothing to do with hunting down her ex, but when a terror cell she’s
all-too-familiar with launches a deadly attack on army intelligence soldiers
and officers, she knows it’s Brett. Helping Cam is the right thing to
do. But the attraction burning between them may be the mistake that gets her
and Cam killed... 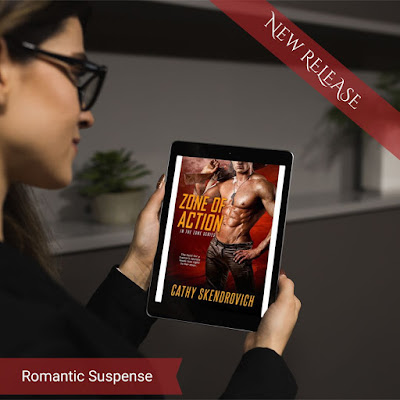 Her tears had stopped. She should release him. But a new storm threatened. She hadn’t been with a man since Brett, hadn’t trusted her choices in companions. Brett’s defection, and subsequent courtroom nastiness, had cautioned her into remaining celibate. He’d been so far from what she’d imagined, she’d decided to swear off men. That had been easy, until Cameron appeared on her horizon.
His hot body in a uniform plus overall good looks had snared her attention at the court martial, as well as Elena’s. They’d salivated over him at the time, and then moved on. They’d returned to work, and she’d begun to pick up the pieces after Brett. She didn’t need a man to be fulfilled. Or so she thought. By the way she was reacting to Cam now, she realized her attraction from back then had only lain dormant. His kindness, gentleness, and quiet strength had awakened her desires. God, she felt protected in his embrace. Protected and aroused.
The arousal part scared her. Here she was, finding another soldier wildly attractive. If she was smart, she’d push him away, thank him for his kindness, and call it a night. He wouldn’t insist. He’d already proven he was a gentleman. He was nothing like Brett.
Since she’d met him a few days ago, he’d been only professional and understanding, quietly strong and reliable through the home invasion, the fire, and now their flight into the wilderness. He’d never come on to her, had simply offered opinions while listening to her explanations. She had no idea whether he looked at her that way or not. He’d make a great poker player, with no hint of what he was thinking visible to another person. Perhaps that was why she was getting more turned on as the seconds ticked by. She’d love to see him lose control.
Brett never had. He’d always been in full control in the bedroom, as well as in the war room. His orgasms had been quiet, disciplined releases, and she’d stifled her screams to match his restraint. She had no idea whether Cam would be the same. Maybe she was destined to only be attracted to cold fish.
She pressed closer to him and felt his arousal between them. So, not a cold fish. She raised her head and opened her eyes. His dark brown ones stared back at her, a glint of confused desire in their depths.
“What the hell are you doing, Audrey?” His voice was hoarse, questioning. He stepped back, arms dropping to his sides. And ran a hand over his face. She took a step forward. Their chests touched. His gaze never left hers. “What are you doing?”
Her heart skipped a beat. It had been a long, long time since she’d acted on a sexual attraction. Part of her wanted to turn tail and run to her room. It wasn’t too late. She could still keep face. A larger part of her wanted to remove Brett’s final hold on her. She didn’t want her last lover to be a traitor. She met his look head on.

Cathy Skendrovich has always loved a good story, and spent her formative
years scribbling what is now called Fan Fiction. The current heartthrob of
the time featured heavily in all her stories. Unfortunately, once she went
to college, her writing took the form of term papers, written on typewriters
instead of computer keyboards.


Upon graduation, Cathy took a job as an English teacher in a middle school.
Along the way, she married her husband of thirty-six years, and had two
sons. Now an empty nester, she and her husband have embarked on their own
adventure, moving to Idaho to live overlooking a pond.


Romantic suspense has always been her favorite genre to read and write,
though she has dabbled in historical romance. Creating an unpredictable
storyline is her goal, and she hopes she has done so in her current and
previous books. Prisoner of Love is her first published novel, followed
closely by The Pirate's Bride, The Pirate Bride’s Holiday Masquerade,
and Undercover with the Nanny. Zone of Action is her fifth book, and her
first military suspense. For research, she asks her son in Army Intelligence
for up to the minute information. Lately, he’s stopped taking her
calls. 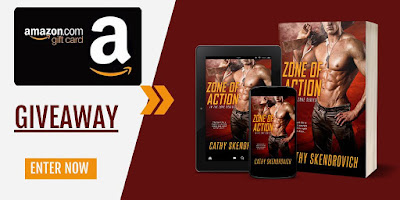