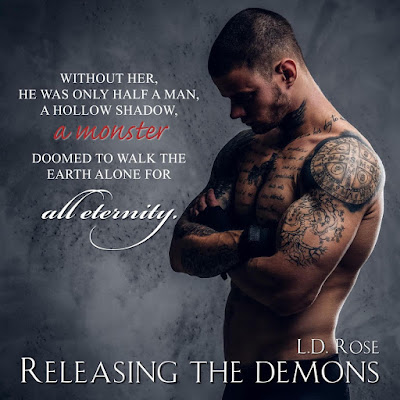 Blaze Knight has been through hell and back, but the nightmares aren't over yet.

Five years after being maimed and tortured by vampires, Blaze is still picking up the pieces of his shattered life. As a genetically engineered hybrid mercenary, his mission is to protect what's left of humanity. When his tormentors return to the Bronx gunning for Blaze's blood, he's forced to face the demons of his past. Hell-bent on revenge, he seeks the help of Valerie Medeiros, an NYPD detective who manages to steal his heart and save his life in more ways than one.

Motivated by her sister's gruesome death, Valerie's life goal is to bury every vampire in the ground where they belong. She has a hard time trusting anything with fangs, yet she falls headlong into Blaze's life, a life full of darkness and horror she can't even begin to fathom. The bodies are stacking up, but Valerie can't let go of this hybrid, a beautiful monster filled with pain, rage, and passion unlike anything she's ever known.

In a world where the line between good and evil is blurred, Blaze and Valerie will find danger at every turn, risking everything they've come to know and love, including one another. 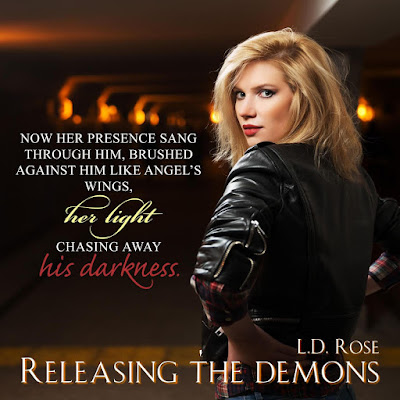 Valerie kept her eyes locked on the glass windows covered with cigarette prices and beer ads, watching Tattoos pay up at the cash register. Once she reached the side of the building, she pressed her back against the warm brick wall. Sweat trickled down her spine and she wiped her clammy hands on her jeans before she drew her Beretta. She listened for the bell hanging above the store entrance, and when it jingled, she peered past the corner of the building.
There he is.
Holding a pack of Marlboros, he slipped it into his back pocket along with a silver money clip. He walked back toward the Chevelle, scanning the area one more time as he stepped off the concrete elevation.
This is it. Do it. Now!
With her gun pointed at the ground in a two-handed grip, Valerie pushed off the wall and turned the corner, staring at his back. Her voice was loud and clear as she called, “Blaze.”
He stopped and pivoted around. A fleeting expression of confusion filled his face, but it quickly turned into shock as she lifted her gun and shouted, “Freeze, NYPD!”

“This exciting post-apocalyptic paranormal thriller produces shock and awe like no other. This is one blazing-hot read that shouldn’t be missed!” – InD’tale Magazine, Crowned Heart of Excellence
“This is an action packed paranormal romance not for the faint of heart.” – Paranormal Romance Authors That Rock

L.D. Rose is a neurotic physician by day, crazed writer by night, and all around wannabe superhero. She writes award-winning dark paranormal fiction and she’s a PAN member of the RWA and FF&P. She currently lives in Rhode Island with her studly hubby, her hyperactive Boxer, and her two devious cats.