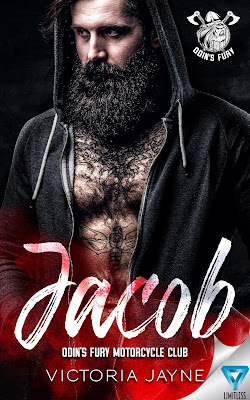 As the son of Odin's Fury Motorcycle Club's VP, Jacob "Romeo" Karolsson has a lot to live up to. Going to Ohio for club business is his opportunity to prove himself. If he does it right, he can also use it as his second chance with Sparrow Malone, the one that got away seven years ago.

But Sparrow has goals and a life of her own. As the daughter of a fallen biker, she knows a woman’s place in an MC all too well. It’s her place within the club she’s not sure about. Then Jacob rides back into town and steals her self-control, her decency, and her morals.

Amid lollipops, love letters, and a serenade, their undeniable connection draws them to each other. But their club obligations may keep them apart. In a world where loyalty is everything, they have to decide where theirs lie and what is worth sacrificing. 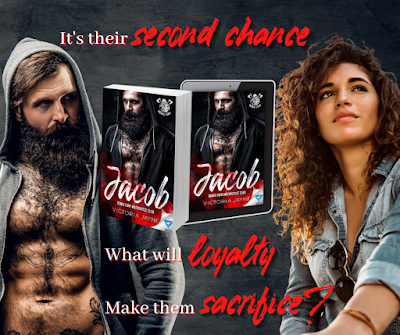 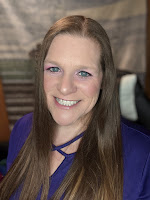 Victoria Jayne is the epitome of a Jersey Girl. She doesn’t [know how to] pump her own gas, enjoys pork roll, and grew up on the Jersey Shore. The only daughter sandwiched between two brothers, she was a bit of a Tom-boy as a child.

As an adult, she’s lived throughout the state of New Jersey. She graduated from Fairleigh Dickinson University with a Bachelor of Arts in Psychology. She earned her Masters degree in Marriage, Couples and Family Counseling from Walden University. She's worked in the human services field since 2005.

She met her sports journalist husband in an online audio/visual chat room. After a few years of dating, they got married and have two darling daughters.

When not writing, Victoria enjoys baking with her daughters, rooting for the New Jersey Devils, thinking of home improvement projects for her husband, and staying up far too late chatting on Discord. 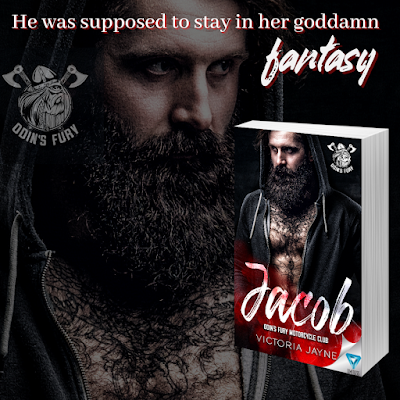 “You’re sorry?” The deep husky voice came from behind. Jolting, she dropped her apron in startled surprise. With her hand over her chest, trying to keep her heart from bursting through it pounded so hard, she turned.

Unprepared for what she saw, her mouth fell open and her heart lodged in her throat.

She didn’t immediately recognize him. For the first few seconds, all she saw was his height and facial hair. It wasn’t until she scanned up to his eyes. Those glacier-colored pools. She’d never forget them. The light blue irises burned as they bored into her.

The mohawk was gone. In its place, thick dark hair hung just past his chin. Or where she thought his chin would be. He wore a full beard trimmed neatly. It hid the beautiful features she remembered from his youth. Oh, his chin dimple. The little divot she wanted to poke so badly when he was a kid couldn’t be seen.

“Jacob?” she whispered, and her heart resumed its rapid beats for a completely new reason. Was it really him or just another dream of them meeting up again? If she moved, he might disappear. She might wake up. So, she stood perfectly still, staring at him.

He kept his distance, just inside the back room, with the door closed behind him. Muffled rock music came through the walls, along with inaudible conversations from the few patrons of the bar. However, in that room, the heavy silence weighed her down.

In her dreams, he’d speak, but often so softly, she barely heard him. Licking her bottom lip, she worried she’d forgotten his true voice. Then again, would he sound the same seven years later? She willed him to speak, silently pleading with him to say something, anything, just to hear him again. What he’d said before, when she had her back to him, it didn’t count. She wasn’t paying attention. She didn’t know it was him. She did now. He had her full attention. If he would just speak.

Instead, he remained stock-still. His tall, lean body blocked the only exit, but she didn’t feel trapped. If anything, there was far too much space between them. As though her feet were cemented to the floor, unable to move, she took the opportunity to assess him. The grown version of him.

Starting at his feet, scuffed motorcycle boots made her grin. She’d imagined him riding the long hours from Montana to Ohio with the wind ripping through the bit of hair that escaped the bottom of his helmet.

Loose-fitting, faded jeans were torn at his left knee with a chain attached to his belt loop. The left side of her mouth curled upward in an involuntary half grin as she spotted the small—considering he was from Montana, home to many a cowboy—belt buckle.

He wore a faded Metallica t-shirt, which he’d loosely tucked into his jeans. Over it, as was the tradition for every biker, was his cut. Those leather vests were a second skin, only coming off to sleep, and that was if they didn’t pass out first.

She took a moment to appreciate his club’s little patches. Some were standard, like the four F’s he had on his side. Every club had a version of it. She guessed he stood for “Fury forever, forever Fury.” Her father’s was RFFR which stood for “Roughnecks forever, forever Roughnecks.” The diamond on his left shoulder with “1%” in it was far too familiar. His club was an outlaw club, too.

The American Motorcyclist Association commented forever ago that 99% of motorcyclists were law-abiding citizens, the implication being the last one percent were outlaws. It became a badge of honor to clubs like the Roughneck Riders and, apparently, Odin’s Fury.

Beneath his outlaw patch, a “Member” tag was stitched under his road name: Romeo. Immediately that half-smile she had for his belt buckle dropped. Heat flamed in her cheeks. What did that mean? A spike of irrational jealousy rippled through her. The idea of him earning a reputation for seducing women had her clenching her jaw, despite knowing it was a ridiculous reaction.

His question, his voice—deeper than she remembered, yanked her out of her insecurity. She had no business caring. She had no claim on him. He wanted to be Romeo, some Lothario biker thinking he’s God’s gift to women, let him. It wasn’t any skin off her nose.

Pulling the lollipop from her mouth, she lifted her chin and took a deep breath. “My dad died.” She hadn’t said those words in a few years. She didn’t get out and mingle all that often—pretty much stuck with the Roughneck Riders family and they all knew. Ducky Oliveira died for his club.