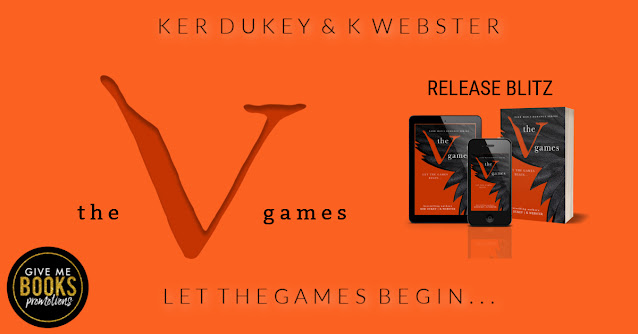 Rating:  4.5 Stars
Told in the first person.  Alternating persons.
Disclosure of Material Connection:  I received this book for review from Give Me Books Promotions and the authors. I was not compensated nor was I required to write a positive review. The opinions I have expressed are my own. I am posting this in accordance with the Federal Trade Commission's 16 CFR, Part 255: "Guides Concerning the Use of Endorsements and Testimonials in Advertising". 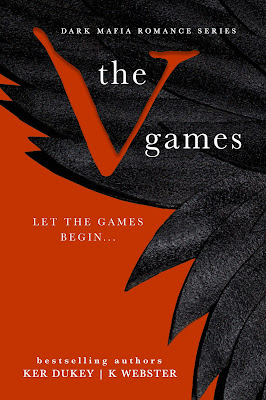 BLURB:
Vicious. Villainous. Victorious.
VLAD. VEN. VAS.
Power comes from money and fear and the men of The V Games have both in abundance.
They rule with an iron fist and do it well.
Their empires are built on blood and brutality and no one is immune to their wrath… or so they thought.
When love intervenes on their path to the top, it alters everything.
The rules have changed.
Let the games begin… 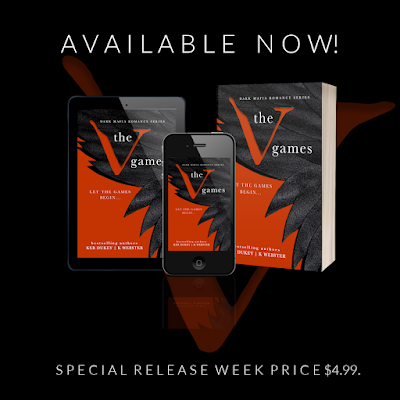 Irina isn’t happy about her father’s legacy.  Vlad is not someone you want to cross.  Their families believe in having things arranged to be advantageous.  You cannot deny the connection that develops but it’s not a simple one.  This is where you learn why this is would be considered a dark tale.

Vika is a woman who reminds me of the Tasmanian Devil (yes, the cartoon version).  She’s looking to chew you up and spit you out once she’s done.  Ven has a thorn in his side but what would happen if he took it out.  He’s also given a task to perform.  Diana is having to pay for the sins that you will learn about in the first book.  She will give you a light bulb moment to something that also develops in Vlad’s story.

The Epilogue that comes at the true end is just a set up for what has yet to happen.  If you’ve enjoyed both Vlad and Ven then you will want to keep your eye out for Vas.  After all, you’ve come this far so how could you not.  But then you realize your adventure isn’t over yet, so make sure to keep going because you will soon see that Vas indeed comes next.

Vas is a man who is so sick of things.  Vika continues her ways.  I'd say she was like a running gag but there's nothing funny about her.  The authors surprised me with Darya.  She's also appeared before and I thought she would be a secondary character - surprise.  She also seems the most vulnerable besides when we first meet Irina.  But the ending this time left me up in the air and wondering if it is actually another story's beginning. 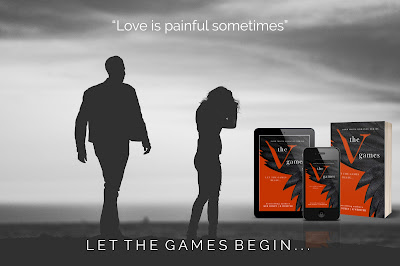 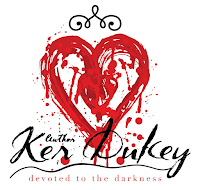 Ker Dukey is an international bestselling author.
Genres include: Dark Romance, Psychological Thriller, New Adult Romance, Romantic Suspense, Mafia Romance, MC Romance and more.
Ker, has over Forty titles published, held multiple #1 bestseller banners and chart-topping titles with the rights sold to numerous countries, translated in multiple languages, and have been adapted into audiobooks.
In addition to being an author, Ker is an annoying wife and a mother of three children + one dog (who thinks he's human.) She has a passion for reading and binge-watching crime documentaries.
Find her on social media, where she loves interacting with her readers. 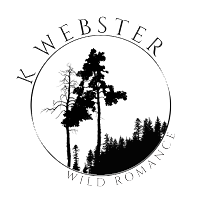 K Webster is a USA Today Bestselling author. Her titles have claimed many bestseller tags in numerous categories, are translated in multiple languages, and have been adapted into audiobooks. She lives in “Tornado Alley” with her husband, two children, and her baby dog named Blue. When she’s not writing, she’s reading, drinking copious amounts of coffee, and researching aliens.
NEWSLETTER
WEBSITE
FACEBOOK
TWITTER
GOODREADS
INSTAGRAM
BOOKBUB 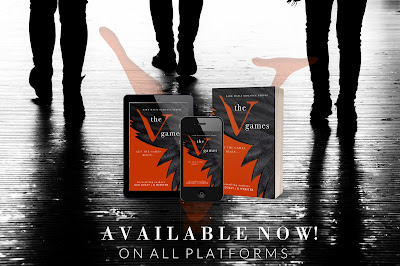