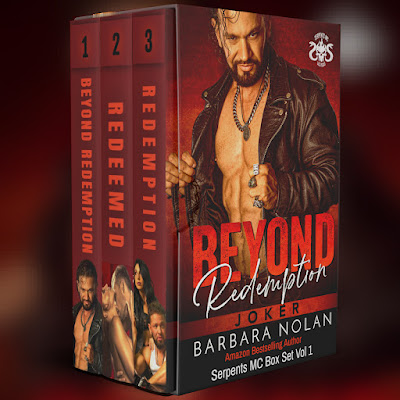 Then, as Joker tries to put his past behind him, an unavoidable showdown threatens to shatter his future as Daisy questions everything. Soon the couple’s life flies out of control on the razor-thin edge dividing what they want from what they need, leaving both wondering if they can be REDEEMED.
And just when Joker and Daisy think they have it all, their life flips sideways. Joker can’t decide if anything he believes is true, while Daisy and the couple’s unborn child are put at risk. Who can they trust? Are the Serpents MC the reason their dreams have imploded, or is the club their only shot at true REDEMPTION?

This box set contains each installment of Joker and Daisy's story from the fan-favorite Serpents MC Las Vegas Series. Each book is a steamy bad boy biker romance with lots of heat and a guaranteed HEA!
Sound good?
Preorder your copy of the Serpents MC Las Vegas
Box Set by Barbara Nolan today!
Universal: https://amzn.to/37Tf63U 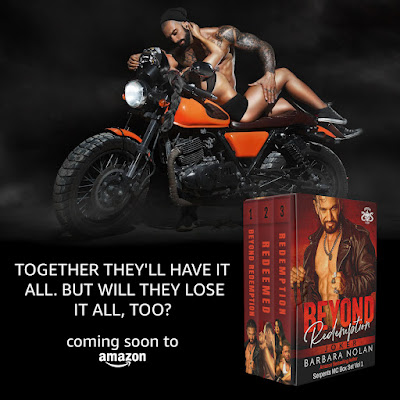