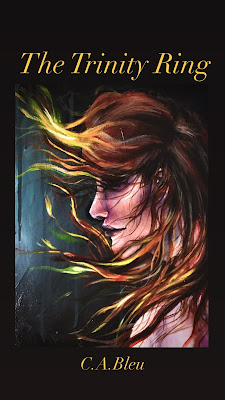 Betrayal, Family Secrets, New Powers...Zara Trinity was ready to find her place in the world, but she never thought she would have the power to change it.Her eighteenth birthday brings betrayal and family secrets to the surface that threaten to overwhelm her as she learns to wield her new powers.Losing her mother at a young age Zara was raised by her guardian Aaron. As the leader of the Protectors of the Trinity Aaron had sworn and oath to protect her. He regretted his role in the secrets he kept, but knew it was necessary for the prophecy.Being hunted by Dimitri, an assassin she never expected to have feelings for leads Zara down an unexpected path. Holding the fate of Humanity in her hands will she be strong enough to withstand the tests ahead?This book is for anyone who has ever loved and lost, ever struggled between faith and doubt and battled the darkness within.Book 1 in the Trinity Ring series… 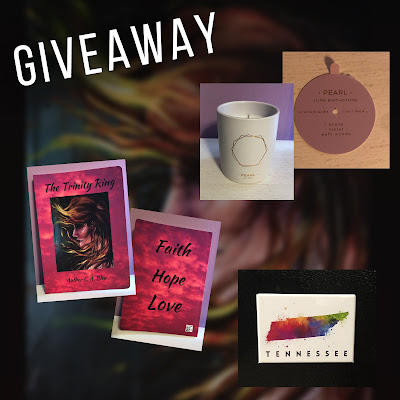 Zara Trinity always longed for more. She felt like she was meant for something bigger, but never expected the secrets of her family or the powers she held. Strange things begin to happen to her, around her, and Zara’s life is changed forever when she turns eighteen. Learning about her past and the prophecy of her future leaves her shaken with a decision to make.Raised as any other human Zara struggles to accept the truth of her identity, but she cannot argue with the power that stirs within her and the things she can do. Self doubt threatens to hold her back. Fear and guilt, rage and grief battle against the light in Zara Trinity. The power coursing through her veins provides windows, visits, opportunities to see those who have passed. Zara doesn’t notice the golden glow that sometimes surrounds her or the path of wildflowers she leaves behind when walking through her favorite forest. The women in Trinity line before her stand strong behind Zara throughout her journey.Zara Trinity is the only one with enough power to defeat Erebus, the source of hate and evil spreading throughout the world. Erebus, an immortal from the underworld was sent to divide and destroy humanity, put fear and hate into the hearts and minds of others. The root cause of all the darkness spreading across the world he needs to end Zara Trinity before she gets to him. Erebus sends his most lethal assassin Dimitri to take her out.Dimitri, having never failed a mission before is forced to face the demons of his past. After killing yet another pawn in a training session, Dimitri stared down at the knife in his hand, then back to his own ice-blue glare with a fleeting thought of wondering how he had gotten to this place. Seething at his reflection in the glass he threw his blade into it, shattering his face into a thousand different images. Blue eyes repeated hundreds of times, flying through the air, staring at him, judging him. He begins to struggle between the darkness and light within himself and the feelings that Zara awakens in him.Zara grows and changes in both the strength of her powers and the faith she has in herself. Meeting Dimitri takes her down an unchartered path of discovery. Dimitri must fight against completing his task at hand or facing the feelings she stirs within him. Fear, hate and rage are spreading quickly across the world and Erebus must be stopped, but will Zara be strong enough to defeat him? Will Dimitri side with the darkness or find his way toward the light?

An avid reader, C. A. Bleu lives in East Tennessee and loves being surrounded by the mountains and being in nature in general. After growing up in Ohio she moved to Tennessee to play soccer in college. With her bachelor’s and master’s degrees in social work she has been working in hospice care these past fifteen years. Many years ago, as an outlet for self care, she decided to start writing. Journaling a few minutes each day gradually turned in to so much more. She never set out to write a book, let alone publish one, but with the encouragement of her family and friends she found the courage to do just that. Book two is already in progress…follow along to see what happens next with Zara Trinity.