Author: Linda Seed
Narrators: Avie Paige, Travis Baldree
Length: 7 hours 47 minutes
Series: Otter Bluff, Book 1
Publisher: Linda Seed
Released: Mar. 27, 2021
Genre: Contemporary Romance
Rating:  4 Stars
I received this audiobook as part of my participation in a blog tour with Audiobookworm Promotions. The tour is being sponsored by Audiobook Empire. The gifting of this audiobook did not affect my opinion of it.

She’s a baker without a kitchen. He’s got a double oven to spare. It’s a recipe for success, until his mother starts stirring up trouble....
Cassie Jordan has a sweet dream to open a bakery specializing in wedding cakes. The problem is, the Airstream trailer where she lives has a kitchen the size of a postage stamp, and her job as housekeeper for a vacation rental agency doesn’t pay enough for her to find other arrangements.
When the renters at one of the houses in her care cancel their stay, leaving the house empty and its top-of-the-line kitchen unused, who could blame her for seeing it as an opportunity? But Cassie’s unsavory plan starts to look like a mistake when the owner’s son shows up unannounced, catching her with her pants down - literally.
If Cassie can sweet-talk her way out of trouble, setting up her business might be a piece of cake. If not, it’s going to be a bitter setback....
The Icing on the Cake is a stand-alone novel in Linda Seed’s Otter Bluff small-town romance series.

This was an enjoyable listen.  The book is listed as a romantic comedy but I’m a hard person when it comes to tickling my funny bone.  I didn’t have a hard time knowing the point where I should be laughing but all I could do was snicker.  I’d like to think that our narrators tried their best, like a comic, but that didn’t help.
Ms. Paige and Mr. Baldree do a good job in telling me the tale of Cassie and Brian.  They helped me find both a new series and a new author.  They helped me getting to know the characters and had me wanting to visit the area that was created.  A narrator’s job is to help bring an author’s world to life and they succeeded here.
Our author does a good job in creating a secondary character that may have you thinking of someone in your own life.  Mr. Bladree helps us to feel the frustration that Brian is feeling about his situation.  Ms. Paige helps us to see Cassie’s own frustration about how some things were turning out.  Then we have the scenes that will keep you riveted until you finally know how things are going to end.  I look forward to see where this series is going. 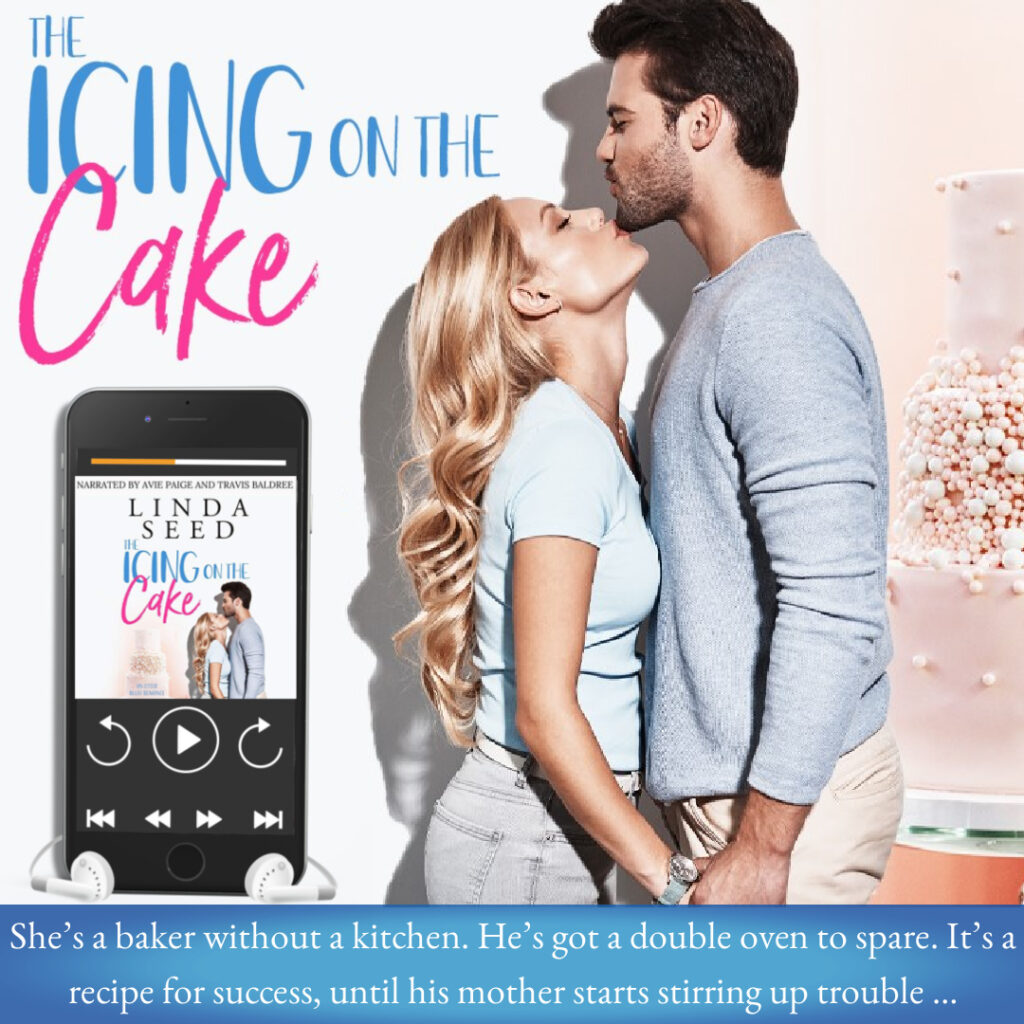 Linda Seed is a former journalist who began writing contemporary romance in 2015 with Moonstone Beach. Her debut novel has been downloaded more than 220,000 times. Linda lives with her husband, the art writer John Seed, and their kids in the Central Coast town of Cambria, California, where all of her books are set. At a time when close personal relationships are increasingly hard to find, Linda aims to write a better world full of the love, loyalty, and companionship that we all long for.

Aven is an audiobook narrator living in her off-grid tiny house in rural Eastern Canada, surrounded by forest and chicken friends, and honeybees. She loves books so much she's listening to one almost every minute she's not narrating one (she narrates romance as Avie Paige). She narrates live on Discord with other romance narrators on the Haven server. She is longing to travel and hike in mountains again, and dreaming of sleep in the lava fields of Iceland under Northern lights again, her favorite place in the world. Her past lives include being a carpenter, firefighter, tax accountant, and competitive snowboarder.

Travis Baldree is a multi-award-winning audiobook narrator with a warm and versatile voice and a facility for character and accent. He is the voice of the best-selling Cradle series by Will Wight and over 150 other audiobooks. He narrates live almost every day on his Discord server. Travis is also a former game developer, creator of Torchlight, Fate, & Rebel Galaxy, and co-founder of Runic and Double Damage games. Travis Baldree lives in the Western US with his family and the cutest dog.