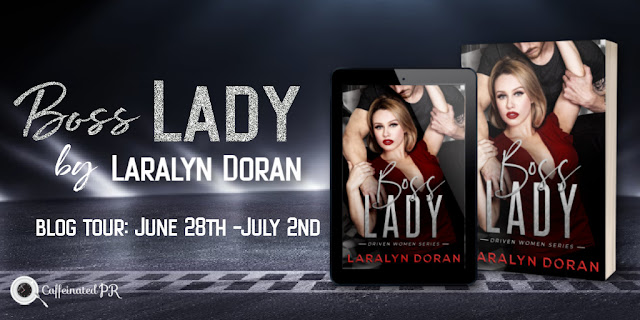 It's release week for BOSS LADY the second standalone romance in the Driven Women series by Laralyn Doran. Come meet Harper & Cal and enter the giveaway. If you haven't read the RWA Vivian nominee, A FAST WOMAN it's currently on sale for a limited time. 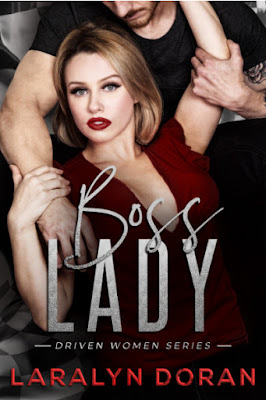 She needs a silent partner, not another man pulling the strings.

He has everything—except a purpose.

Will they invest in each other or be forced to choose between love and success?

Striking out on my own, challenging the patriarchy of the racing world, and having the proverbial balls to be a respected, female stock car team owner—I’m ready.

Resisting the tempting investor who is as irresistible as he is irritating? That’s an obstacle that may require a bit more of my Southern girl grit. I need his money for my new team, but I don’t have time for his interference—or the way he makes me feel.

I’ve dealt with men like him before. But Cal McBane isn’t like any other man, and he’s proving to be my biggest challenge, yet.

I’ve been raised to follow in my father’s footsteps, but I’m dragging my feet down the path. Harper Merrick shows me a way to break free—it’ll only costs me a few million, a bit of my sanity, and my entire heart. Funding her new venture is a no-brainer—falling for the clever blonde is a surprising dividend.

Now we’re both invested—and it’s not just the money at stake.

When the team is in jeopardy, and questions are raised that could destroy Harper, will we walk away from love to save the business?

Or will we fight together and profit from a partnership no one can wreck?

“Well, this looks like a lively bunch of lovelies…” a deep voice drawled. A warm hand was on my shoulder before I had a chance to look up to see him. Cal. I wasn’t startled to see him, but butterflies fluttered, and multiple magnets activated inside me before I even turned and saw his face. Like a lust-struck idiot, I immediately stared at his lips. I wanted to kiss him again.

God help me, I regretted not dragging him back to my room last night. If Spencer hadn’t caught up to me and told me about his intervention with the Gwen Friday interview, I probably would’ve pulled Cal into a dark corner to finish that kiss—and who knows where that would’ve led.

Ex-boyfriends reappearing can mess up a girl’s libido.

My mother practically tipped over her seat in an effort to push me out of mine.

Okay, that’s not embarrassing. It was as if a boy asked me to dance and my mother was shoving me out onto the dance floor.

Cal held out his hand, helping me up, and then guiding me through the tables with his hand on my lower back. The contact was better than a shot of caffeine. He’d touched me that way last night, but in the light of day, it still affected me—seemed more real.

Oh, this was bad.

This was so bad.

It was probably the whole white knight thing—him coming to my rescue last night. Me confronting Spencer and him sweeping me away. I had to squash this.

I turned as we made it outside to the sidewalk, and he smiled down at me as if he knew the effect he was having. Was he thinking about that kiss? Was that what was behind the crinkle of amusement in his narrowed gaze? Or did he know I was thinking about the kiss?

“So, what’s up?” I said, trying so hard to be casual. Just two acquaintances—okay, maybe friends. We were friends.

Friends who had kissed.

Grow up. It was New Year’s—it’s a free night on New Year’s.

He stood back and put his hands in his jeans pockets. His casual collared, untucked shirt defined his biceps and chest as if it were just a tad too small for him. Maybe it was because I was used to seeing him in business attire. The dark blue of it did wonderful things to brighten his eyes. And he was wearing jeans—well-worn jeans.

I was falling real deep into this fairy tale bull crap.

I searched the street around us for something else that was mesmerizing enough to stare at.

“Just playing my part in saying goodbye to my girl,” he drawled out.

My head whipped around, and shock must have lit up my face before I could hide it, because he let out a laugh. “Relax, Harper, I was joking. Geez, is even pretending to be my girl so scary?”

Those two words ran through me like an unidentifiable wave.

Uh, yeah. It scared the crap out of me.

“Don’t be ridiculous, I know I’m not your girl.”

I crossed my arms over my chest.

He studied me as if deciding what to say next. He opened his mouth to say something but stopped. And I so desperately wanted to know what it was that I almost blurted out, “Tell me,” and even had a hand ready to grab him.

“Anyway...” He rubbed a hand across the back of his neck. “Last night was fun. Let me know if you need my sub-boyfriend duties again.”

“I’m sure we’ll be fine. Spencer and Susannah live in Atlanta, so I doubt we will have a chance to run into them again…” Then I remembered Spencer mentioning he would be spending time in Charlotte and cringed a bit. Well, that didn’t involve Cal—he’d be in Chicago anyway. “Besides, it’s probably best if people don’t think we’re a couple. I don’t want to give the impression that you are propping me up in Merlo. I need people to know that I’m doing this on my own. That it’s just me, Sadie, and CJ.

“If we broadcast that we’re a couple—or, um, let people think we’re a…couple…they’ll assume you’re behind everything and it will hurt my credibility, and the credibility for all of us as women in the industry.”

He stared at me. “I don’t think that’s true, but I don’t want to start that debate again,

so—" He pulled me in, wrapping me in a warm but friendly embrace that I could’ve lingered in for a long while.

I imagined taking him home and covering him like a human blanket while we lounged a lazy day away, never having to stop touching him…ever. Exploring him…all of him.

Jesus. I was clinging to his back.

Stop it, Harper! Get ahold of yourself.

Wait, did he just smell me? Maybe he was just breathing.
I couldn’t expect him not to breathe while he hugged me.

He kissed the top of my head.
I was probably crushing him in my death grip of a hug. Heat flooded my cheeks. It had been a while since a man held me, let alone anything else.

I pushed back and forced a smile—even though as anxious as I was, it probably resembled someone who was going to puke their brunch up. I certainly couldn’t make eye contact. “Well, I guess I’ll talk with you later this week?”

“Yes. Actually, I’d like to set up a routine time—if that’s possible. Have Amy get in touch with Dean and work something out. I think with both of our schedules getting crazy, it would be best to slice out a permanent time in our calendar.”

I nodded. “Probably a good plan…”

“I mean…you could call whenever you needed me. But this would be our time—I mean, uh…a scheduled time,” he added.

He took a step back. “Alright. I’ll talk to you later, then.”
He hesitated. And in that moment, with our stares locked on each other, it was if that kiss hung there between us—replaying in bright HD color without sound—waiting for subtitles or the background dialogue explaining what it all meant.
I broke the stare, fidgeted with my hands to my sides. “Okay.”

“I know seeing your ex last night was probably the last thing you wanted to deal with, but I had a good time playing your wingman.” He reached out as if to stroke my face and brushed my shoulder, instead.

He glanced over my shoulder at something and nodded before stepping into a car with a driver waiting for him at the curb, and my heart sank a little as the car pulled away.

I jumped. I’d been so caught up in my own world of denying my growing attraction to Cal that I didn’t hear the attack approach.

My best friend sauntered up behind me—her arms crossed, and her trademark smirk laced with a mixture of suspicion and amusement. “Because that was about the silliest, cutest, most awkward goodbye I ever saw. For Christ’s sake, I need a shot of insulin for all that sweetness I just witnessed.”

I smacked her shoulder. “Shut up.” 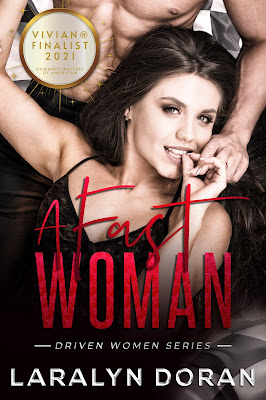 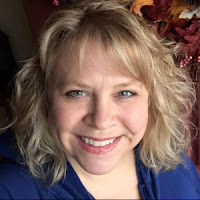 She lives in Maryland and is a member of Romance Writers of America, Central Pennsylvania Romance Writers, Washington Romance Writers, and other affiliate chapters, where she met some amazing and supportive authors who have had the patience of saints and given her more than one kick in the backside.