Never Fall in Love With a Lie 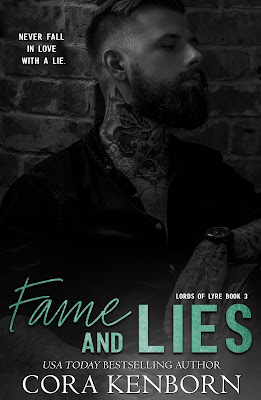 FAITH
We were doomed from the start. Now look at me.
Senator’s daughter. Publicist to the stars.
Torn between a violent vow and a tattooed dream.
Zane owns my heart.
But the target on my back stays off his as long as he hates me.
They say if you love something set it free.
Nobody tells you what happens when someone cages you both.
ZANE
I let down my guard. Now look at me.
Badass rocker. Hardcore womanizer.
Broken up over some uppity chick.
No one can know I fell for a woman I can’t have…
Then Faith shows up covered in bruises, and I snap.
She may not be mine to save…
But I’ll make sure she’ll never be his to ruin.
Pre-Order Your Copy Here!
Amazon US | Amazon CA | Amazon UK | Amazon AU
Add to your Goodreads TBR List! 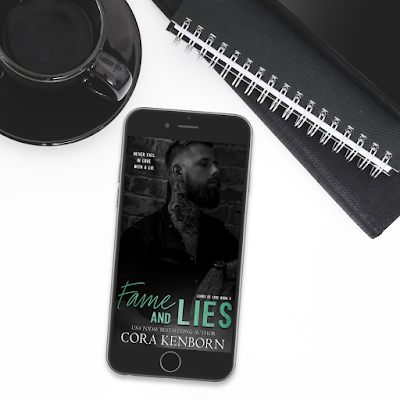 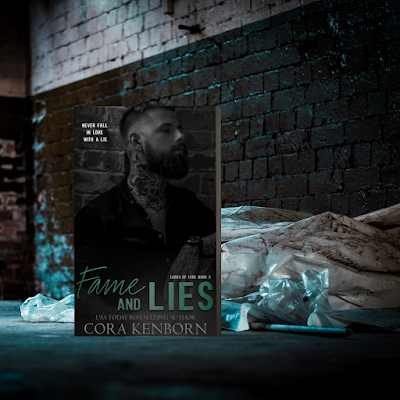 Cora Kenborn is a USA Today Bestselling author who writes in multiple genres from dark and gritty romantic suspense to laugh-out-loud romantic comedy.
Known for her sharp banter and shocking blindsides, Cora pushes her characters and readers out of their comfort zones and onto an emotional roller coaster before delivering a twisted happily ever after.
Cora believes there's nothing better than a feisty heroine who keeps her alpha on his toes, and she draws inspiration from the sassy country women who raised her. However, since the domestic Southern Belle gene seems to have skipped a generation, she spends any free time convincing her family that microwaving Hot Pockets counts as cooking dinner.
Oh, and autocorrect thinks she's obsessed with ducks.
Connect with Cora Kenborn:
Newsletter | Website | Facebook | Facebook Reader Group | Twitter | Instagram | BookBub    Goodreads | Amazon Author Page
Hosted By: