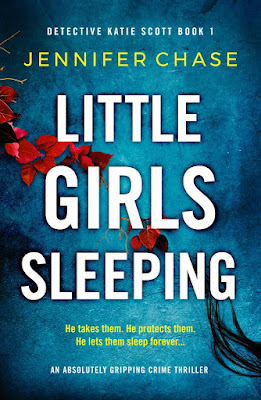 He looked down at the little girl, sleeping peacefully, her arms wrapped around a teddy bear. He knew he was the only one who could save her. He could let her sleep forever.

An eight-year-old girl, Chelsea Compton, is missing in Pine Valley, California and for Detective Katie Scott it’s a cruel reminder of the friend who disappeared from summer camp twenty years ago. Unable to shake the memories, Katie vows she won’t rest until she discovers what happened to Chelsea.

But as Katie starts to investigate, the case reveals itself to be much bigger and more shocking than she feared. Hidden deep in the forest she unearths a makeshift cemetery: a row of graves, each with a brightly coloured teddy bear.

Katie links the graves to a stack of missing-persons cases involving young girls—finding a pattern no one else has managed to see. Someone in Pine Valley has been taking the town’s daughters for years, and Katie is the only one who can stop them.

And then another little girl goes missing, snatched from the park near her home.

Katie’s still haunted by the friend she failed to protect, and she’ll do anything to stop the killer striking again—but can she find the little girl before it’s too late?

Compulsive and gripping crime fiction for fans of Lisa Regan, Rachel Caine and Melinda Leigh. Katie Scott’s first case will have you on the edge of your seat and gasping with shock.


‘WHAT A FANTASTIC READ! OMG! I just finished reading this book! It was an absolute thrilling, edge-of-your-seat read!… I couldn't believe who the serial killer was; I thought I knew but was surprised! I could not put it down… BRAVO
JENNIFER!!’ Goodreads reviewer, 5 stars

‘GREAT!!! Thoroughly enjoyed!!! Jennifer Chase has become one of my favorite crime thriller authors. She totally captures you from beginning to end!!!!’
Goodreads reviewer, 5 stars

‘Fantastic read! The author kept me hooked from the first page till the last.
I truly thought I knew the serial killer… Boy was I wrong. This is a fantastic read, it kept me on the edge of my seat for the entire time.
Well done!’ Goodreads reviewer, 5 stars

‘Wow!… Such a gripping tale… I couldn't stop reading and found myself daydreaming about it while I was supposed to be working… A gripping thriller with multiple twists and turns. A must read!’ Goodreads reviewer, 5 stars

‘Great book. I really liked it! Would like reading more of her books! This book keeps you involved and unable to put it down!! Great!!!!!’
Goodreads reviewer, 5 stars

‘Wow… This book will take you for a ride. Have you soaked right in till the end!
Absolutely loved it and can't wait to read another from this author!’
Goodreads reviewer, 5 stars

‘This is one of the best books I have read
in a while.’ Goodreads reviewer, 5 stars

‘From beginning to end this is a non-stop
thriller.’ Goodreads reviewer, 5 stars

‘Real page turner. I read this book in two hours. I could not put it down.
I never guessed who the killer was until he was revealed.
Mind blowing.’ Goodreads reviewer, 5 stars

‘Captivating from beginning to the last page.
A "who did it" crime mystery that keeps
you guessing, and then changing your mind!’ Goodreads reviewer, 5 stars

‘I loved this book and cannot wait for
the next one. I could not put this book down.
A real page turner full of suspense!’
Goodreads reviewer, 5 stars 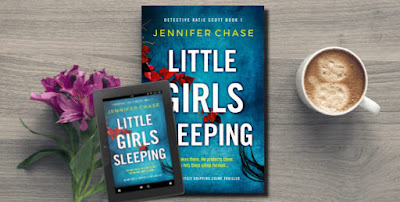 Prologue
The oversized tires obliterated the rural roadway before the large truck came to an abrupt stop. The driver stalled the engine. Dust rose in a curious flowering cloud, swirling in front of the vehicle’s hood and creeping toward the back of the camper shell. When the surrounding vicinity finally cleared, a dense forest landscape emerged.
The truck overlooked the sheer cliff and rugged scenery that had become a permanent roadblock. The usual silence of the deserted region was interrupted by the incessant and rhythmic sound of a cooling engine.
Tick… Tick… Tick…
The vehicle remained parked. No one moved inside the cab or got out. The truck stayed immobile as if an unlikely statue in the vast wilderness—a distinct contrast between nature and manufactured steel.
The truck sat at the ideal vantage spot, which was both mesmerizing and terrifying for any spectator; but still the occupant chose to wait. The intense high beams pierced ahead into the picturesque hills, leaving a hazy view of the area above the massed trees.
When the driver’s door finally opened, a man stepped out, his steel-toed leather work boots hitting the dirt. They were well-worn, reflecting the many miles he had walked and the many hours he had labored. Swiftly the door shut as the man, medium build and wearing only a plain dark T-shirt, walked to the back of the truck and, with a loud bang, released the lift gate. He moved with purpose and with a calm assertiveness, as if he had performed this particular task many times before. His weathered hands, calloused from years of working with heavy tools and machinery without the protection of leather gloves, had a certain agility and speed.
He grasped two well-used shovels, a large arching pick, and a bulky utility garbage bag. As he tossed the bag onto the ground, the top burst open and several medium-sized teddy bears spilled out. Their smiling faces accentuated the brightly colored ribbons tied around their necks, contrasting with the muted shades of their surroundings.
The man pushed the floppy bag aside with the toe of his boot. He worked in quiet solitude, no humming, no whistling, and no talk.
He flipped on the flashlight fixed to his baseball cap. Straight ahead and slightly arced, the large beam illuminated his path while he strode steadily toward a particular wooded area.
The surrounding thickets and trees remained still without any wind to rustle the leaves. The only audible sound was the man’s quick footsteps—never with any hesitation. He walked with the gait of a young man, despite his stature of someone older.
He hesitated as if he had forgotten something, standing motionless with his arms down at his sides and his head hung forward as he shone the bright light at the ground and the tops of his boots. He still held firmly to the tools. He mumbled a few inaudible sentences of a memorized prayer, which sounded more like a warning than a passage from the Bible, then he raised his head and continued to walk into the dense forest.
Dropping his tools, he carefully pushed a pine branch aside and secured it with a worn piece of rope that had been left for the purpose. An opening was exposed—a tunnel barely large enough for a man to enter.
He grabbed his digging tools once again and proceeded. The flashlight on the front of his cap brightened the passageway as it veered to the right. He followed, only ducking his head twice before the path opened to an area with several boulders sticking out of the cliff. Clusters of unusual rock shapes, some sharp, some rounded, made the terrain appear more like a movie set or backdrop.
A narrow dirt path of crude, sloping man-made steps dropped fifteen feet to a landing jutting out from the rock formation. A small yellow flag was stuck into the earth, marking a spot. A slight evening breeze picked up, causing the flag to flutter.
The man balanced the shovels and pick against the hillside and pulled a hunting knife from a sheath attached to his belt. Pressing the bone handle tight against his palm, he drew the blade through the packed dirt to mark a rectangular pattern on the ground.
He stared intently at the soil, then retrieved the pick, gripping it tight, and swung it hard against the dry, heavily compacted earth. It dented the surface, spewing chips of dirt in every direction. A few small rocks buried in the soil since the beginning of time hampered his progress, but after several more arced swings, the ground began to crumble, exposing the fresh earth.
The heavy pick was exchanged for one of the shovels. Soon there was a small pile of California soil, comprised of sand, silt, clay, and small rock. The repeated movements of dig, scoop, and deposit continued for more than forty-five minutes at a brisk pace. The hard work of manual labor didn’t deter him. It only made him more determined to create a work of genius—his ultimate masterpiece.
At last he stepped back and admired his handiwork, perspiring heavily through his shirt from the effort. Exhilaration filled his body, keeping his muscles flexed and his heart pumping hard. He leaned against the shovel, a smile forming on his lips as he waited for his pulse to return to normal, and marveled at the unmistakable outline of a freshly dug grave. 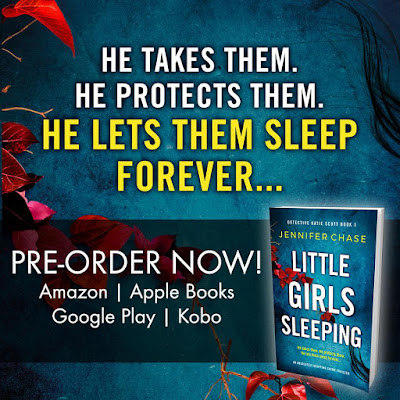 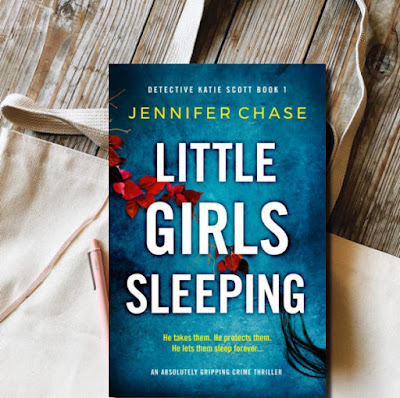 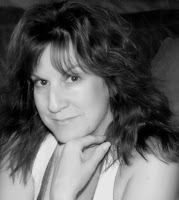 Jennifer Chase is a multi award-winning and best-selling crime fiction author, as well as a consulting criminologist. Jennifer holds a bachelor degree in police forensics and a master’s degree in criminology & criminal justice. These academic pursuits developed out of her curiosity about the criminal mind as well as from her own experience with a violent sociopath, providing Jennifer with deep personal investment in every story she tells. In addition, she holds certifications in serial crime and criminal profiling.  She is an affiliate member of the International Association of Forensic Criminologists, and member of the International Thriller Writers.