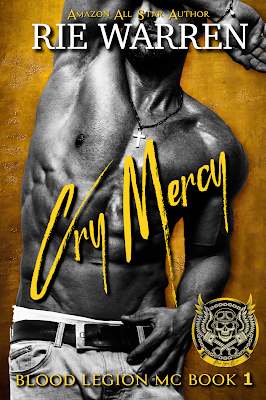 Gritty star-crossed lovers? You have no idea . . .

I thought I knew bad times. The worst times. My dad murdered, the MC that’s rightfully mine ripped apart by corrupt rule. I didn’t know anything about true horror until I met a Tennessean girl named Mercy.

Angel and Mercy, frigging ironic, right? You don’t know the half of it. Blood Legion MC is my legacy, and revenge against me is Mercy’s. If you’re looking for gritty star-crossed lovers in the Crescent City, you’ve found it. Because there’s a damn good chance one of us won’t make it out of here alive.

I’m at the mercy of my menfolk. Mercy . . . ironic, isn’t it? Because my cousin and my uncle show no mercy to me, despite my name. I’m used against my will. I’m beaten and worse when I don’t behave. I have no freedom, only one friend, and no chance of escape even though New Orleans is so vibrant I feel like I could touch the colors.

I fled the compound for just one night. I shouldn’t have. I met a biker called Angel—Angel. He’s blond as a seraph, but big and tall and full of sweet talk I’ve never heard before. Except he’s my family’s enemy.

Angel can’t be my only hope because my kin have vowed to take out him and the rest of the Blood Legion MC in one big Tenn-tucky blaze of glory. 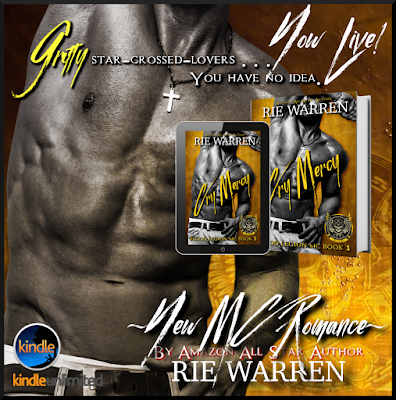 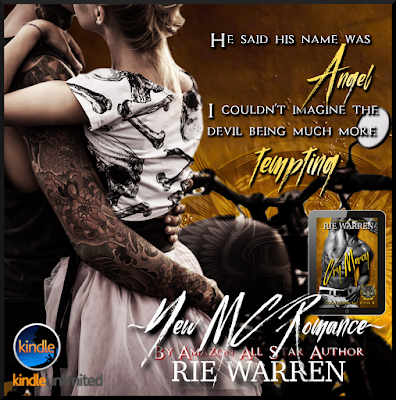 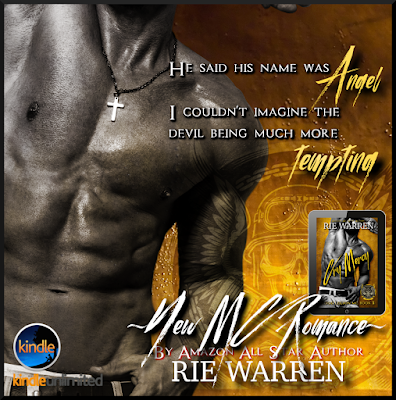 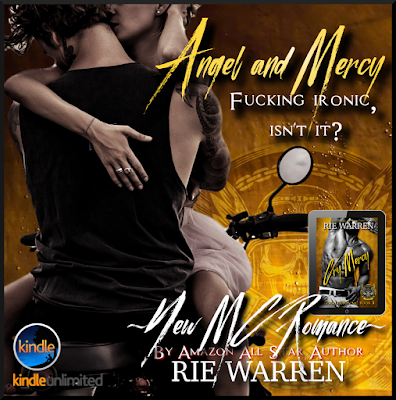 “Hey, Angel! You got a live one there?” A man with tons of chunky silver rings on his fingers yelled over to our quiet corner.

“Fuck. Off. Saint,” Angel replied, swiping him the middle finger without even looking.

“Saint?” I asked, lips curling together. “And Angel.”

Angel winked. “And don’t forget Mercy. Must be destined, oui?”I smothered a smile, taking another long drink of my beer. “Well, I don’t think he’s a saint or you’re an angel. Not by the way those pretty ladies looked like they were competing for your company earlier.”

“You saw that?” Groaning, he rubbed a hand down his cheek. Then his face lit up from the inside. “So you were watching me just as much as I was watching you.”

I couldn’t help but laugh as he gloated.

Then I pressed my palm against his chest and lifted up to the toes of my boots to whisper against his jaw, “I was waiting to see if you’d get your eyes gouged out.”

He laughed loudly, tipping his head back so his gold curls shimmered.

I snickered, draining the rest of my beer.

“Buy you another?” His arm ringed around my waist.

And alarm bells went off.

I wrestled free, quickly checking the time on my watch.

“I have to go.” I slammed my bottle onto the nearest table.

“Didn’t mean to scare you off, Mercy.” Angel stepped in front of me as I waded to the door.

He held his hands raised in front of him.

I dodged around him, fleeing like I should have done an hour ago.

Running down the sidewalk, I tripped on the uneven pavement in my over-sized boots.

A strong arm banded around my waist, drawing me up and steadying me.

Puffs of breath pelted against my ear, and then Angel released me from his grasp.

He spun me gently around, his hair like a halo lit by the streetlight. “At least let me give you a ride. Where you headed?”

I got the feeling Angel L’Esperance didn’t chase just anyone. But I couldn’t let him get close to me. I didn’t want him knowing where I lived.

Shame and embarrassment bled into one big ball of regret.

His fingers came up to tenderly caress my cheek.

The first touch on my skin from a male that didn’t make me flinch or quake or want to crawl away in fear.

Angel didn’t pose a threat. How could he, with a name like that and sincerity shining in his clear blue eyes?

Even more, he’d easily tunneled beneath years of distrust and hurt . . . in mere minutes.

He closed his eyes. He hummed a deep rumbling sound. He bent his burnished head over mine, and seconds later the softest, most pleasurable sensation melted against my mouth. His tongue took a trip across the seam of my lips, sailing to a stop before he plucked my bottom lip between both of his.

When he drew back, I swore I could read dreams in his eyes.

It wasn’t a kiss. It was a promise. It tasted like hope.

“How about your number, Miss Mercy?”

Hope became cinders in my mouth. “I don’t think so.”

Threading his fingers through his hair, he tousled the strands even more. “At least let me put my number in your phone.”

“I don’t have a cell phone.” Another thing I wasn’t allowed.

He frowned heavily at me before grasping my hand and squeezing it. “Wait here.”

He raced back to the bar, and I knew I should leave while I could.

But my lips tingled. I pressed my fingers against my mouth, remembering the firm warm pressure.

I wasn’t going to make it back to the Lair in time.

Half a minute later, Angel ran back to me. His grin didn’t make it to his eyes that time. He stuffed a napkin in my pocket.

He laughed curtly. “Whaddya mean why? I wanna see you again, Mercy.” Gathering my hands in his, he asked, “You sure I can’t give you a ride?”

Dashing away tears that came from the deep hidden well within, I sprinted. I looked back once, and Angel still watched. He watched until I was out of sight.

I tried to keep my bearings. I hoped I got home before my kinfolk. Because something bad would happen if they found me missing. 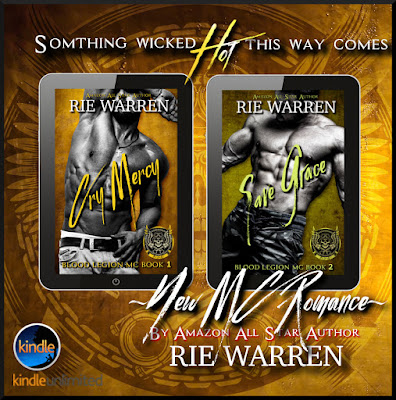 Badass, sassafras Rie Warren is an OG Amazon All Star author of Bad Boy books and MC romance. She delivers five star sex, suspense, and the best banter around. Her stories are one hundred percent original, do not contain fluffy plots or virgin brides, and wring every last emotion from readers to leave them with a satisfied smile. Rie’s tough alpha males are never brought to heel, but are instead healed by the feisty femme fatale of their perfect match.

She grew up in Maine, went to college in Iowa (Iowa, what?), lived in Scotland, and married in Englishman. In true roundabout fashion, they came back to the States, settled in South Carolina’s lowcountry, putting down southern roots and pursuing their arty endeavors. Tale spinner and character diviner, Rie is a lover of sleep, wine, and rude memes often involving either Disney characters or Winnie the Pooh. She is raising two teen daughters along with an entire brain full of unruly characters.

Follow the signup link below to her romance newsletter for sneak peeks, new releases, first looks, and her quirky sense of humor.
https://www.subscribepage.com/riewarrenromance

And, as always, happy sexy reading to you! 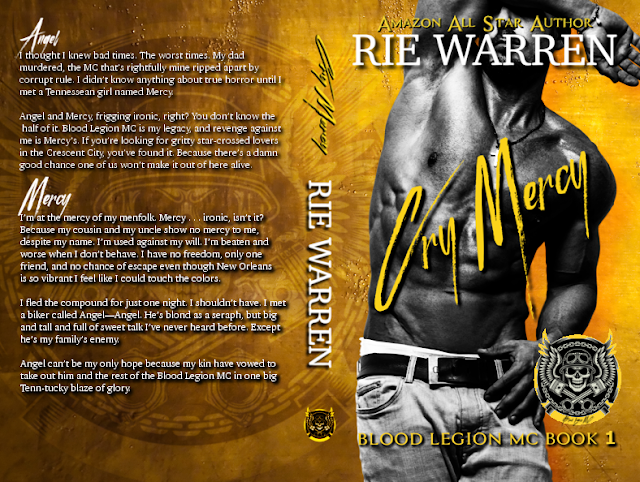