We are thrilled to be bringing you the release of BROKEN BEATS by D. Kelly. Lovers of single dad romance won't want to miss this one - be sure to grab your copy today!

Disclosure of Material Connection:   I received this book for review from InkSlinger PR and the author.  I was not compensated nor was I required to write a positive review.  The opinions I have expressed are my own.  I am posting this in accordance with the Federal Trade Commission's 16 CFR, Part 255:  "Guides Concerning the Use of Endorsements and Testimonials in Advertising".

Single father
Widower
Retired
Three things I never thought I’d be by thirty, yet all my daily reality.
This is not the life I would have chosen, but it’s the hand I’ve been dealt.
I love my daughter.
I loved Belle.
I’m not interested in more heartache.
Relationships are a thing of the past.
Until I meet her -
She’s the awakening I desperately need, but one I’m not sure I deserve.

Everything happens for a reason.
Time heals all wounds.
You’re too young to give up on love.
They say that, but they’re wrong.
My world crumbled forever when my fiancé died.
Then I met him –
He’s flawed in the same ways.
Broken in the same places.
Scared of the same things.
He looks at me like I’m his salvation.
And I want to be, but an open heart means risking a broken one. 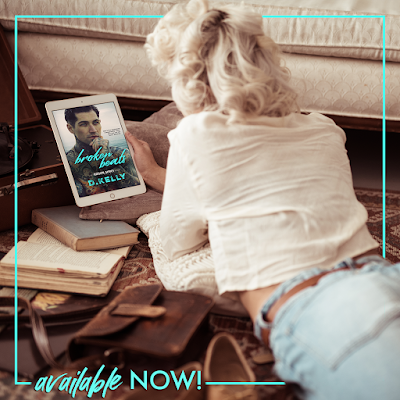 The author has written the reader a message so make sure to read it before going on to the story.

Darren Miller gives voice to something I never thought of before. I found it an interesting way to start the book. It’s also a great way to grab your attention right from the start. You can almost feel his pain coming right off the page. Haddie knows first hand what he’s feeling. But the sad part for me was how she felt about herself and she keeps bringing it up.

It’s hard to think of this as Darren’s story because there are a couple of cuties that steal the show whenever they pop up. You may also come to think of him as book boyfriend material because he doesn’t body shame and seems to go out of his way to make his date feel comfortable. I liked the idea that we get to know our main characters as they get to know each other. It’s almost like an old fashioned courtship – it’s sweet and there’s no rush to take it to the next level. Also liked that the author has a female character that’s not based on Barbie or looks like a model.

If you don’t mind getting emotionally involved than you should like the way this story is from beginning to end. Maybe you like the idea of having a second chance at a happily ever after. How about a guy who’s in the business and yet seems so down to earth compared to what you feel they might act like. And who doesn’t like to see a mismatched pair find a connection that will leave you with a smile on your face once everything is said and done. 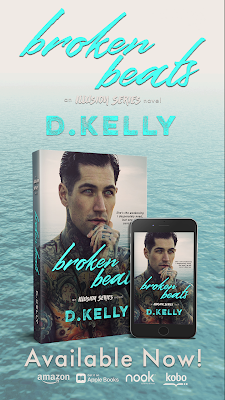 Kelly, author of The Acceptance Series, The Illusion Series, and standalone companion novels Chasing Cassidy and Sharing Rylee, was born and raised in Southern California. She’s a wife, mom, dog lover, taxi, problem fixer, and extreme multi-tasker. She married her high school sweetheart and is her kids’ biggest fan.

Kelly has been writing since she was young and took joy in spinning stories to her childhood friends. Margaritas and sarcasm make her smile, she loves the beach but hates the sand, and she believes Starbucks makes any day better.

A contemporary romance writer, D. Kelly’s stories revolve around friendship and the bond it creates, strengthening the love of the people who share it.