Debbie Mason is the USA Today and Publishers Weekly bestselling author of the Christmas, Colorado series and the Harmony Harbor series. The first book in her Christmas, Colorado series, “The Trouble with Christmas,” was the inspiration for Hallmark’s “Welcome to Christmas.” Her books have been praised by RT Book Reviews for their “likable characters, clever dialogue, and juicy plots.” When Debbie isn’t writing, she enjoys spending time with her family in Ottawa, Canada.

Can a summer of love make up for a lifetime of secrets?

Wedding fever has taken over Harmony Harbor this summer, and the local matchmakers have set their sights on Theia Lawson, a former navy pilot who's in town for a stay at Greystone Manor. And while Theia's got her reasons to put this small town behind her as fast as she can, there's a certain tall, dark, and irresistible man that she can't seem to get off her mind.

Firefighter Marco DiRossi wants to beat the matchmakers at their own game so he conspires with Theia to pretend they've already fallen in love. It's only for the summer. What could go wrong? Yet as the beach season draws to a close, Marco and Theia find their pretend relationship has led to very real attraction. But when a secret from the past is revealed, jeopardizing everything they hold dear, can this unlikely couple find their way to a happily-ever-after? 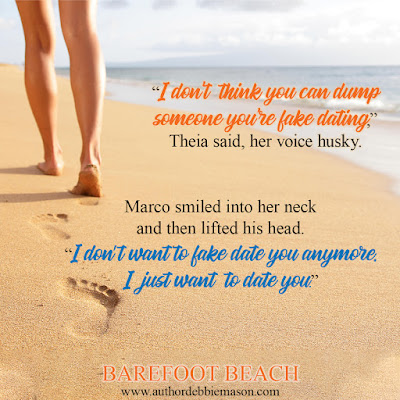 
The woman stopped glaring at Marco to stare at the pilot. “What happened? Why didn’t you tell me you were hurt?”
“Same reason you’re pretending you don’t have blood dripping in your eyes. We’re both stubborn idiots. Now, go get yourself checked out. I’m going to inspect the damage to the cabin. I’ve got a call in to the maintenance crew.” He looked up at the darkening sky. “They probably won’t make it until sometime tomorrow.”
The observation earned the man a withering glare, which the woman then turned on Marco before stomping off in the direction of the ambulance.
“You’re not pulling my leg, are you? It really was her flying?” Marco winced when she stopped. She looked like she was about to turn around and stomp back to him but instead gave her head an irritated shake and continued to the ambulance.
Her co-pilot leaned in to him. “She has excellent hearing.”
Marco glanced to where she now sat in the back of the ambulance. “Despite what it sounds like, I’m not a sexist jerk. I just—”
“Yes, you are,” she yelled at him while waving off the paramedic.
“I think she just told them not to waste time numbing her cut before they stitch it. She’s like some kind of superhero. Oblivious to pain and able to save planes from crashing to the ground,” Marco said.
“I wouldn’t say that in her hearing, but in some ways, she is. She’s a former navy fighter pilot.”
“Really? Wow. That’s, ah…cool.” He went with the opposite of what he’d been going to say. Hot. The woman was hot.
“Trust me, pal. You don’t want to go there,” the co-pilot said.


“What? You think I’m interested…in her? No. I just met her, and she, ah…” He was about to say kicked him in the groin and maybe quip that he wasn’t a masochist, but his gaze had strayed to where she sat talking to the paramedic who was preparing to stitch her cut, acting like she wasn’t nervous. Her fingers clenched into fists said otherwise. And that small show of vulnerability intrigued him. He wondered what else she was hiding. 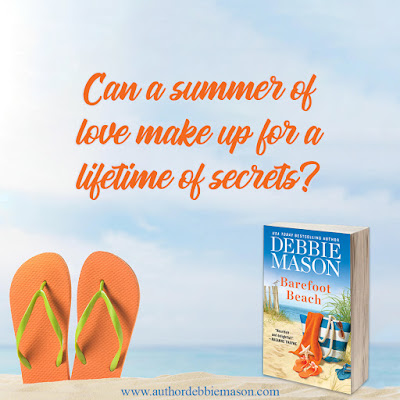