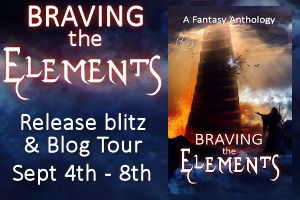 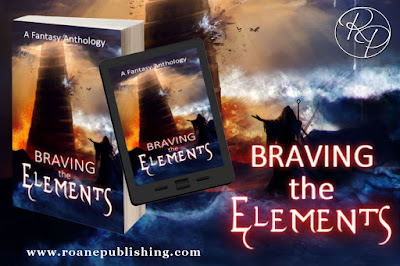 
Disclosure of Material Connection:  I received this book for review from Roan Publishing and the author.  I was not compensated nor was I required to write a positive review.  The opinions I have expressed are my own.  I am posting this in accordance with the Federal Trade Commission's 16 CFR, Part 255:  "Guides Concerning the Use of Endorsements and Testimonials in Advertising". 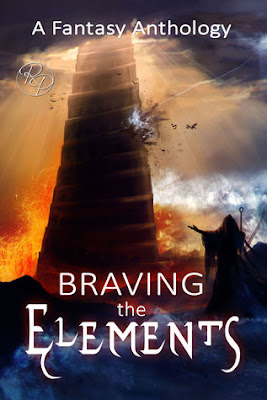 The Dragon, The Witch, and the Swordswoman By Claire Davon

As the person responsible for calling the bronze dragon that destroyed her village, Losha is tasked with killing it. Failure to do so means she will be outcast from everything she has ever known. Yet one she is on the road, two local women in tow, she finds that she is strangely reluctant to harm the beast that lurks in her mind.
After an encounter with an oddly familiar old woman and a knight in a small hamlet Losha is more confused than ever. On one hand, failure to slay the dragon means she cannot return to the promise of marriage from a local boy yet the more she learns about the dragon the less she wants to harm it.  It, like the bronze sword that is her only defense, speaks to her in a way nothing else has.
The stage is set for a final showdown between knight and beast when the knight’s true quest is revealed and Losha must choose between all she has ever known, or the companionship of an old woman…and a dragon.
Forging Mettle By Michael Siciliano

Xander, a teenaged street thief in the grimy slums of Low Town, discovers he has an innate magical talent on the same night his father is killed. Intent on getting revenge, he attempts a risky robbery which goes bad. Rather than face the hangman’s noose, Xander agrees to accompany a group of soldiers intent on finding a powerful magical artifact. But the Beggar’s Hand isn’t what the King’s sorcerer thinks. Deep in the mountains, Xander must make life and death decisions, not just for himself, but the Kingdom he calls home.
The Myth of Mt Agony By Kelly Said

Meadow’s mere presence ensures the Morningstar farm produces with preternatural abundance. A dirt-dusted foster-child, she hungers for harmony with Auric’s lands.
Valcone is the reclusive prince of Auric. Confined to his room—for the safety of his subjects—he craves control over his persuasive powers.
The prince and the farmgirl’s powerful personalities will collide with epic force when a war erupts between Auric and a neighboring kingdom. With Auric’s fate on the line, Valcone tests the limits of his ability. He amplifies his steady push into a forceful shove against Meadow’s gentle Nature. The Earth-shaper finds herself between a rock and a hard place, literally, where the only choice to save her family may lie in surrendering to the destructive force of her ground-breaking ability.
Mist Weaver By Terri Rochenski

Dolan wants nothing more than to escape his village for the big city where his small stature and unpleasant features won’t make him the recipient of constant ridicule by the lord of the manor and his heir, Gilroy. The mist that dances to the sweet notes of Dolan's flute is his only camaraderie and the only beauty in his life—except for Keavy.
When the kind milkmaid is faced with unwanted attentions, Dolan must defend her honor with a choice that will ultimately change his life.
Alice and the Egg By Rebecca Hart

Alice would do anything for her father, the only parent she’s ever known since her mother’s death in childbirth. When he falls ill, Alice doesn’t hesitate when the opportunity to barter her life for his is presented by Jayden, the prince and only heir to the Dragorean throne.
It doesn’t take long for Alice to realize the palace has secrets. Ones that relate to her own past more than she could ever have imagined. If she can find a way to play the game of secrets well enough, not only could she save her father, she just may manage to save herself as well.

Dolan is a young man who loves his mother so much and he would do just about anything for her.  It’s tough to see what he has to deal with.  Bullies always seem to be around but at least we are finally treating them differently.

It wasn’t until I walked away from this first story that I had my duh moment.  It’s at that point that I figure out how this book fits into the title of the anthology.  I hope it doesn’t take you as long as it did me.

You can consider these stories as teasers that leave you wanting more.  Like Mist Weaver, the story left me wondering what became of Dolan.  This collection is a great way to discover new authors and new writing styles.  It was a great reminder of what I love about fantasies.  Just like some other genres, your imagination and that of the authors can soar.  There’s no one there to say that a certain thing didn’t happen because the only place it exists is in the author’s mind.

Maybe you want to read someone new.  I had that here and if not for this group of stories I may never have read these authors at all.  You will never have a hard time finding a stopping point because the stories are short and don’t take long to read.  If you have very little time in your day, you have five stories for five days.  They are stories that you may find that you want to read more than once.  But they will all leave you and your imagination satisfied.


Open only to those who can legally enter, receive and use a RoanePublishing.com Gift Code.  No purchase necessary, but you must be 18 or older to enter. The winner will be chosen by rafflecopter, and announced on the widget. Winner well be notified by emailed and have 48 hours to respond or a new winner will be chosen. The number of entries received determines the odds of winning. This giveaway was organized by Roane Publishing's marketing department.