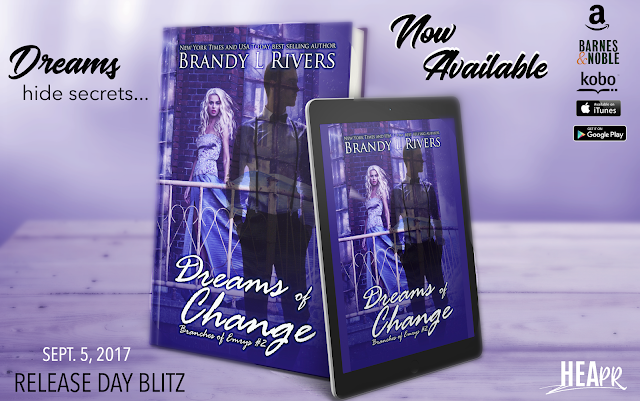 DREAMS OF CHANGE IS LIVE! 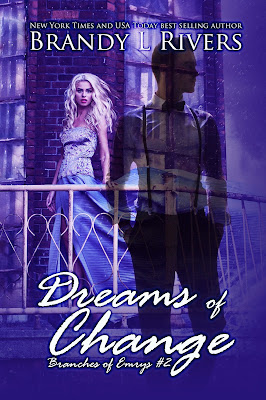 Bran Roantree has a secret. From the moment he met Evangeline, he's wanted her. While happily married, he ignored the attraction. His wife has been dead three years, and becoming a werewolf revealed she was always meant to be his mate. He's done waiting.

Evangeline Laurent has many secrets. Like the fact her father has used her as a bargaining chip more times than she cares to remember. She was ready to open up and let Bran in, until she's pulled away by her father for a mysterious emergency.

Her father plans to use her once again, convinced she's the only one who can save him. To do so, she has to give up the first man she doesn't want to forget.

Bran isn't ready to let her go, but the secrets he uncovers may change his mind.

ADD TO YOUR TBR ON GOODREADS: 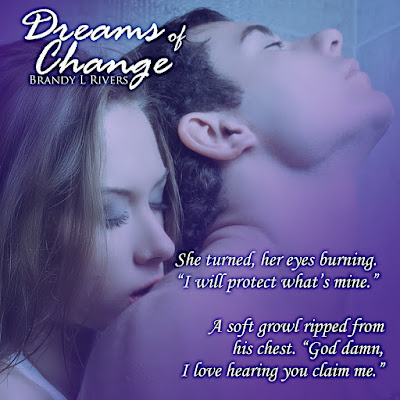 Brandy L Rivers is a New York Times and USA Today bestselling author. Her two main series are Others of Edenton and Others of Seattle. She has also written a couple contemporary stories. An avid reader, Brandy has always loved writing. She became serious about it as a stay-at-home-mother. Her secret lair, guarded by a pint-sized pound puppy who imagines himself a hellhound, contains a file full of manuscripts she plans to edit and put out with new creations she is constantly dreaming up. Living in rainy Western Washington with her husband and three kids, Brandy is already working on future stories in each of the series, and several other projects.