The allure of fear is learning to love it.
Viktoria Boykov has heard it all—cold they call her. The spoiled bratva princess. She knows very well what people say when her back is turned. She doesn’t mind; let them talk. It’s better for people to assume what they want about her than for them to know the truth … until him.
Pavel Kotov knows what people say—death they call him. The Boykov dog. He’s heard all the whispers locked away in the cells of the Compound. As the reaper for the bratva, his life owned by someone else, he knows what they say doesn’t matter. His life has never mattered … until her.
He’s terrifying.
She’s terrified.
Viktoria only wants to keep running from her past. Pavel doesn’t have a life to run from. Freedom is the one thing they both crave—for entirely different reasons. But this life is vicious, and scars like the ones they wear will never fade.
Together, they could have everything.
Or are they just pawns to a bigger game?

Note: Essence of Fear is a Boykov Bratva standalone.

Bethany-Kris is a Canadian author, lover of much, and mother to four young sons, one cat, and two dogs. A small town in Eastern Canada where she was born and raised is where she has always called home. With her boys under her feet, snuggling cat, barking dogs, and a hubby calling over his shoulder, she is nearly always writing something … when she can find the time.
To keep up-to-date with new releases from Bethany-Kris, sign up to her New Release Newsletter here: http://eepurl.com/bf9lzD 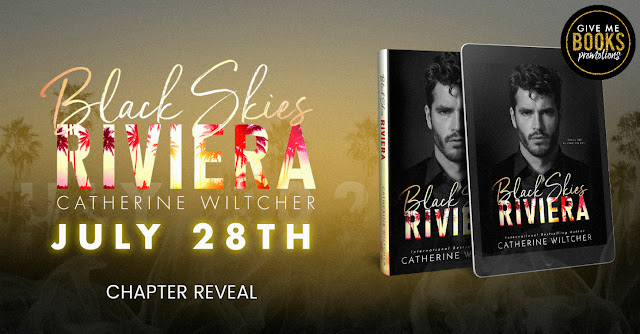 They call this place the Billionaires’ Playground.
I, Aiden Knight, staked my claim the minute I arrived.
I crossed every line.
I painted their Rococo ceilings with blood.
Now my casino is the hottest church in town,
And vice is the only confession required.
My house.
My rules.
Until the past comes calling with an offer I can’t refuse:  One week to seduce and break her.
All this for the name of the man who killed my father.

Issa Dubov is the queen of cloudy diamonds:
She’s a hard truth concealed beneath a pall of lies.
I’m an Armani black suit of spades:
Determined to bury both her and my demons.
I never asked to see the shape of her heart.
I never asked for her to fill the blank spaces of mine.

But the mafia wants her secrets.
I wasn’t the first she betrayed.
And Issa?
Sweet, not-so-innocent Issa?
She’s gone and left me with a debt no sinner can pay.

Catherine Wiltcher is a bestselling author of ten dark
romance novels, a former TV producer, and a self-confessed alpha addict. Her writing is best described as sinfully sexy, and her characters always fall hard and deep for one another.

She lives in the UK with her husband and two young daughters. If she ever found herself stranded on a desert island, she'd like a large pink gin to keep her company. Cillian Murphy wouldn't be a bad shout either…

Posted by Lynn's Romance Enthusiasm at 12:00 PM No comments: 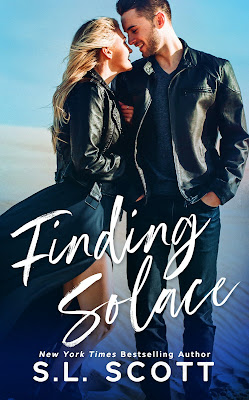 He puts the Bad in bad boy.

I’ve done my time as undercover elite security and I’m ready for a change. Seeking redemption and a slower pace, I return to the one place I once vowed not to—Solace Pointe.

Then, I was a hometown hero—star quarterback and Delilah Noelle’s one and only.

I mistakenly forgot how rumors run rampant in a small town, and my return causes quite the ruckus. That’s to be expected. I can handle church group gossip. What I didn’t expect was for the only girl I ever loved to be single again.

I didn’t come back looking for trouble, but it seems to be leading me right back to Delilah.

She puts the Sweet in sweetheart.

I finally freed myself from a bad marriage. Running my family farm is hard work, but it’s become my safe haven. That is until gossip travels down the grapevine that Jason Koster is back in town. If there was ever a man who held my heart in his hands, it was him.

Then, I had stars in my eyes—a beauty queen and madly in love with the man of my dreams.

Now, I live a peaceful life alone on the farm.

I should have known trouble was heading my way, especially since I’m standing here holding the door wide open for him.

New York Times bestselling author, S.L. Scott, weaves her emotional words with her signature heartfelt style into a second chance, small town romance that will have you falling for the bad boy. 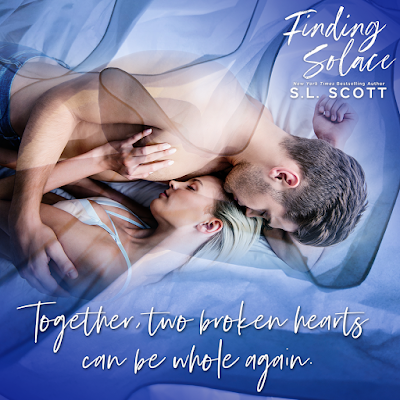 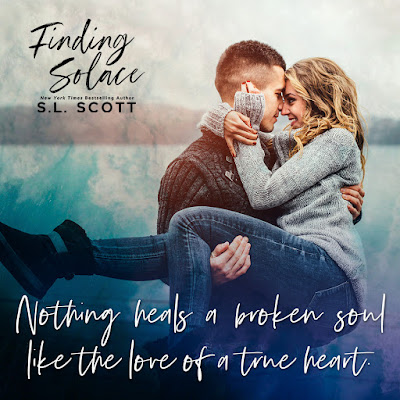 With a degree in Journalism, she continued her love of the written word by reading American authors like Salinger and Fitzgerald. She was intrigued by their flawed characters living in picture perfect worlds, but could still debate that the worlds those characters lived in were actually the flawed ones. This dynamic of leaving the reader invested in the words, inspired Scott to start writing with emotion while interjecting an underlying passion into her own stories. 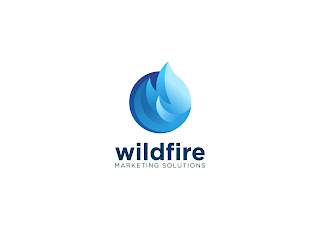