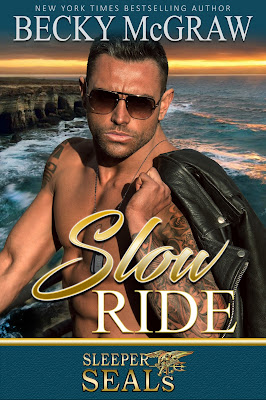 Blurb: The Sleeper SEALs are former U.S. Navy SEALs recruited by a new CIA counter-terror division to handle solo dark ops missions to combat terrorism on US soil.
Lt. Commander Keegan MacDonald has to face the fact his injury meant he was washed up as a SEAL, but who was he without the teams as part of his life? Even though he loved bikes, being a grease monkey at his uncle's motorcycle shop sure wasn't providing that answer.
When he gets a call for a special mission from the commander of a spec ops government contractor group, Keegan grabs onto the lifeline with both hands. Not only would he be helping find an intel leak which could jeopardize his teammates in the field, he might be able to find his own purpose during the mission too.
Keegan goes undercover at the Lily Pad, an off-base strip club where the government believes the special access intel is being passed, and quickly narrows down his suspects. The list includes Jules Lawson, a sexy, mouthy waitress who seems to have a hidden agenda.
When that agenda meshes with his own, and he finds out they are on the same team, but at opposite ends of the field, can they put together a partnership? Or will her inexperience and thirst for vengeance get them both killed?
Better yet, when the mission creeps into something much bigger than an intel leak, could he count on the beautiful agent to have his six while they saved the world? Or would she redefine his world in the process? 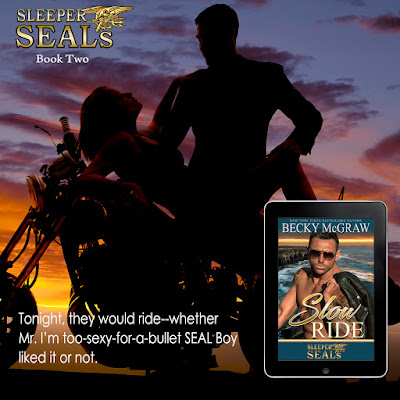 Tuesday night, Jules was determined not to even look at Keegan MacDonald, who sat brooding on the stool by the front door.  When he walked in fifteen minutes late, that was the first time she’d seen him since Sunday. That fact made his position clear on how he felt about the kiss that had almost melted her into the door before he left the apartment.  Totally unaffected and embarrassed maybe, that she’d initiated it.
He couldn’t be any more mortified than she was that she had taken that first step.  He wouldn’t have to worry about her doing that again, though. From here on out, his lips were off limits—no matter what her body wanted or her mind conjured as to his wanting the same thing.  She had totally misread his signals and paid the stinging price of rejection.
There would be no more softening toward him, or thinking he had loosened up with her. He could tease, flirt and kid with her all he wanted, but she wasn’t falling for his games again. She’d thought about it all weekend, and figured out that’s what he was doing—coming on to her to get information. Why else would he have run off like a scalded ape when she turned up the heat and accepted what he was offering?
As for a partnership between them? There wouldn’t be any. He could do his own thing, and she would do hers. If she was lucky, he’d continue to shack up with his buddy, so she wouldn’t have to see him outside of the bar.
I’ll tell you what I can, Jules. I promise.  Yeah, right.  Is that why you rushed right back to tell me what you found out at from your buddies at brunch?
If she wanted a permanent spot on the counter-terrorism team, Jules needed to get on the ball or MacDonald would beat her to the arrest.  It was on like Donkey Kong now, so he’d better put on his track shoes and his thinking cap.
Another conclusion she’d come to, since she’d been able to think while he was gone, was that whoever sent him here had done so because she’d given nothing to Brand so far.  They were tired of waiting. His comments at breakfast about her being on the case three months and finding nothing told her that.
With a case like this, which could endanger more military men overseas, the brass would want the traitor found quickly.  She wanted that too, and if she hadn’t been alone there and slinging drinks while she was trying to investigate, she’d probably have found the leaker by now.
But the military didn’t care about excuses, or that she wanted to verify her facts before she presented them. The military wanted answers, so they sent in MacDonald whether Brand or she liked it or not.
MacDonald wasn’t her friend—he was her enemy—one who could totally destroy what she’d worked for during the last seven years.  If he made an arrest before she did, Jules would be headed right back to the white-collar crime task force.  She was not going to let that happen. White collar criminals had not killed her parents and by osmosis, her brother. 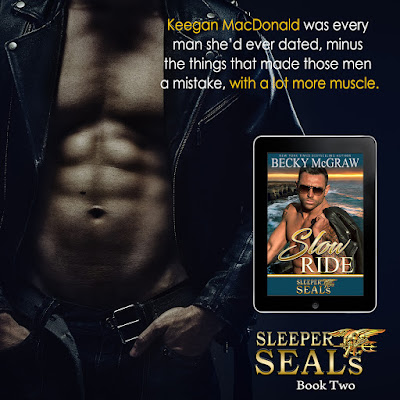 About the Author:
New York Times and USA Today Bestselling Author Becky McGraw writes happily-ever-afters with heat, heart and humor. A Jill of many trades, Becky knows just enough about a variety of subjects to make her contemporary cowboy and romantic suspense novels diverse and entertaining. She resides in Florida with her husband of thirty-plus years and is the mother of three and grandmother of one. Becky is a member of the RWA, Sisters in Crime and Novelists, Inc.

The Sleeper SEALs series is a multi-author series, which launched 9/5/17.  The standalone books, by some of your favorite romantic suspense and military romance authors, will release every two weeks through 2/20/18 to keep your e-readers smoking.

This is a different kind of SEAL series, as all of our heroes have left the teams for one reason or another and are now in different civilian careers. Upon their exit from the teams, they were recruited for the Sleeper SEALs team by former U.S. Navy Commander Greg Lambert to handle solo dark ops missions to combat terror threats on US soil.

Authors included in this series are: