Disclosure of Material Connection:  I received this book for review from InkSlinger PR and from the author. I was not compensated nor was I required to write a positive review. The opinions I have expressed are my own. I am posting this in accordance with the Federal Trade Commission’s 16 CFR, Part 255: “Guides Concerning the Use of Endorsements and Testimonials in Advertising.

The Talon Pack continues with a new twist to the Packs and a revelation no one was prepared for.

Mitchell Brentwood is aware that others think he’s the harsh taskmaster Beta trying to keep his Pack alive, but they only see what he wants them to know. He’d once thought he had his path laid out before him, but when his future was violently ripped away, he vowed he’d never let anyone close again—especially not a young wolf from a traitorous Pack.
Dawn Levin may be younger than the war that destroyed her people, but she knows she must still pay for their sins. She’s ready to find her way in this new world where wolves and humans blend as one, but first, she needs to fight her attraction to the dark wolf that stands in her way.
While the two struggle with their feelings and burning attraction for each other, they can’t ignore the world that shakes beneath their feet. There is a new enemy on the horizon, one with revenge and the unknown on their minds. An adversary that might be closer than they realize.


DESTINY DISGRACED is available now - pick up your copy today! 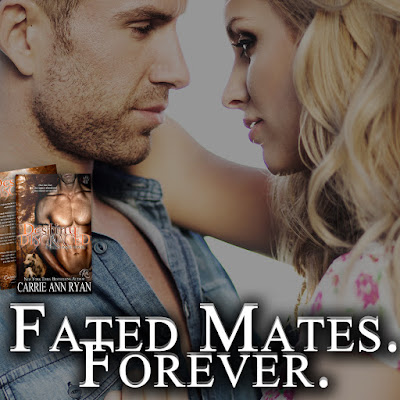 Mitchell Brentwood shows how tough it is to be beta.  He shows how hard it is to let go of the love of your life.  He also shows that whether you’re human or shifter, a man can still insert foot in mouth.  Dawn Levin has a lot riding on her shoulders.  She tries to blend both her human and wolf side.  She has a side that must be kept hidden for the safety of her friends.  But she underestimates those friends. She’s an independent woman but there seems to be something missing in her life.

Our author does a great job at creating tension and heat between our couple.  She’s also good at creating a male character that can be very stubborn and doesn’t want to listen to what his wolf is trying to tell him.  I love reading her Talon series because everything seems so believable.  You just never know who might walk by you and what secrets they may have.  Ms. Ryan is very smart too.  We may not realize it at the beginning but we slowly get the feeling that there’s another book in the series coming.  Then when you read the note from the author that your feelings are confirmed.  The bad news is that it won’t be coming out until February.  The good news is that if you’ve missed any of the other five books you’ll have time to catch up before book seven arrives. 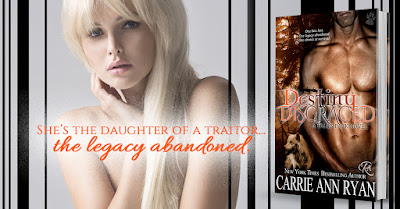