Gideon has one shot at redemption. Close the portal to Hell forever and return to Heaven, leaving behind millennia of darkness. Nothing means more than restoring his grace, until the one person he vowed never to see again places herself in his direct path. He has to resist her, but she is his Heaven—and his Hell.
Risking her life to shut Hell’s gateway, the last person Dina ever expected to encounter was the one she had lost forever. Duty, not desire, is what he instilled in her and what she will follow, regardless of how he makes her ache…Until the unthinkable happens and she must choose between honor, and the only love she will ever have.
Torn between what they want and cannot have, Gideon and Dina must decide whether to make the ultimate sacrifice for the sake of humanity or let passion take them to where angels fear to tread. 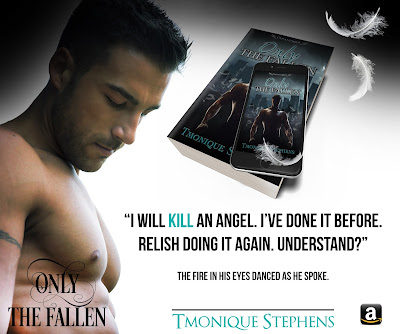 I wrote my first novel about a reporter and a hockey player after the U.S. hockey team won gold in the 1980 Olympics. I love writing flawed characters who reflect the emotional baggage we all carry. I write complicated stories for complicated people. Paranormal romances and fantasy novels are my favorite genre. I’ll read anything about fairies, demons, or angels, but I also enjoy Stephen King and Preston and Childs.
I’m hooked on Lucifer, The Backlist, The Strain, Vikings, Game of Thrones, The Walking Dead, and BlindSpot. I can’t get enough of these shows!
I was born in St. Thomas USVI, but grew up in The Bronx, New York one mile from Yankee Stadium. I love SyFy, the History channels, and Asian cuisine. But my heart and stomach longs for anything from the Caribbean.