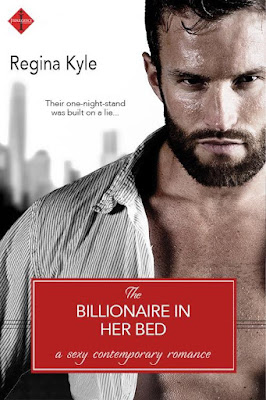 Real estate mogul Eli Ward needs to keep a low profile on his new project. He’s expecting a fight from the somewhat eclectic folks currently living there. What he doesn’t expect is for that fight to be led by Brooke Worthington, the woman who rocked his world one unforgettable night. The one woman who doesn’t know who he is, which is a good thing. She just sees him as a regular guy. It’s refreshing.

Graphic designer and part-time bartender Brooke Worthington refuses to follow her family’s plan for her. She’s too busy building her artistic career. She doesn’t have time for relationships, either, especially with the super hot Eli, because she has to save the building she lives in with people she thinks of as her real family from some greedy real estate billionaire.

These two have secrets and chemistry that is nothing short of explosive.

“One night.” She stared at a spot over his shoulder, desperate for something to distract her from the overwhelming scent of him, soap and sandalwood and sweat. No dice. “It was supposed to be one night.”

“Do you believe in fate?” His warm breath danced across her cheek and tickled her ear. “Because it seems to be telling us otherwise.”

No, she didn’t. She believed in hard work and perseverance. Why else would she still be banging her head against the wall trying to get a top-drawer publisher interested in her novel?

She went for sarcastic, hoping it would scare him off. “Maybe it’s telling me you’re a stalker.”

“Who doesn’t know your last name yet somehow found out where you live and rented an apartment in your building?”

She gave a half-hearted shrug. “Could happen.”

“Or it could be when I met you that night at Flotsam and Jetsam I was apartment hunting, and I was as surprised to see you at the tenants’ meeting as you were to see me. Call it a happy coincidence.”

“I don’t believe in coincidence, either.”

“What do you believe in?” His baby blues, mysterious and mesmerizing, bored into hers. “Luck?”

She broke free from his spellbinding gaze, dragging her eyes down to his awe-inspiring chest and focusing on the fire-engine red “ALL” in the center of his Metallica T-shirt.

“Luck is when preparation meets opportunity.”

“Then it looks like this is my lucky day.”

“Because this is my opportunity to convince you the universe wants us to spend some time together.” He slid a finger under her chin and lifted her face to his. “And I’m prepared to stay right here until you agree.” 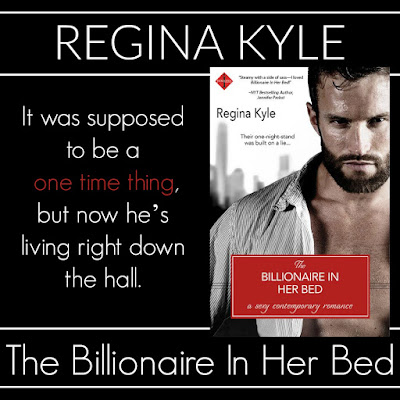 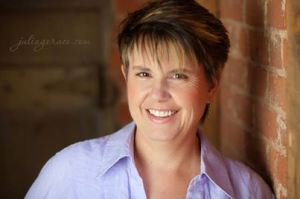 Regina Kyle knew she was destined to be an author when she won a writing contest at age ten with a touching tale about a squirrel and a nut pie. By day, she writes dry legal briefs, representing the state in criminal appeals. At night, she writes steamy romance with heart and humor.

A lover of all things theatrical, Regina lives on the Connecticut coast with her husband, teenage daughter and two melodramatic cats. When she’s not writing, she’s most likely singing, reading, cooking or watching bad reality television. She’s a member of Romance Writers of America and of her local RWA chapter. Her book Triple Dare was a 2016 Booksellers’ Best Award winner.