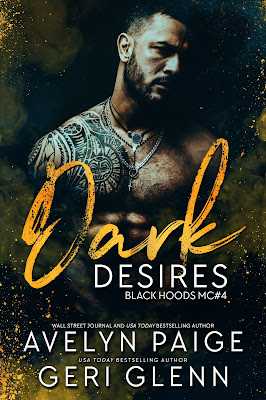 Cover Designer: Simply Defined Art
Photographer: JW Photography and Covers
Series: Dark Protectors MC #4
Release Date: April 27th, 2021
Rating:  4.5 Stars
Told in the first person.  Alternating persons.
Disclosure of Material Connection: I received this book for review from the authors. I was not compensated nor was I required to write a positive review. The opinions I have expressed are my own. I am posting this in accordance with the Federal Trade Commission's 16 CFR, Part 255:  "Guides Concerning the Use of Endorsements and Testimonials in Advertising".

One night destroyed everything.
Lindsey’s heart.
Karma’s body.
Her hopes for the future are shattered.
His purpose in the Black Hoods MC is unclear.
They thought they could weather any storm as long as they had each other. But some storms are too powerful. And some loves aren’t as strong as they may seem.

My Thoughts:
I was ecstatic when this book hit my e-reader.  I love it when these two authors create the next book in this series – it’s going to be a great ride.  But you may want to skip their Dedication.  There’s a slight hint about the ending – I know, you’re going to look anyway.
Lindsey starts us off with lots of heat.  But then it gets very real and it may be a shock to the system.  Karma is trying to control the train wreck that may be coming.  Wondering what that outcome may be is what makes this a page-turner.  It certainly has a sense of realism and you will have no trouble having scenes play out in your head.
The authors were good in creating a character you will want to give comfort to.  It may get a little emotional so having tissue close at hand might be a good idea.  Karma may need a good swift kick and you can go ahead and do that while I stand far off on the sidelines.  We get a lot of secondary characters here and I almost felt like I had to go back and read the first three books since it’s been a while since I last read book three of the series.
I think you would be ok if you wanted to start the series here but some of the cast of characters start off from book one.  It will only take you a few hours per book so you could have a read-a-thon in order to play catch up.  This is more than a romantic mc read.  We have some mystery, some action, and some suspense that helps to carry things along.  Our authors never disappoint and that certainly was the case here.  Hint of book five is seen and I can’t wait. 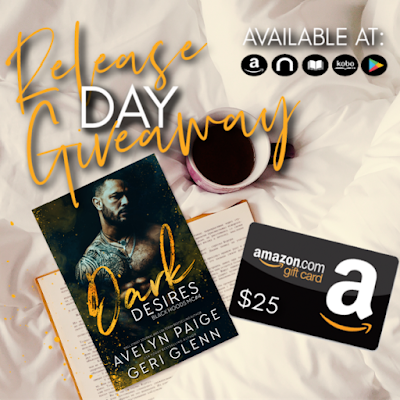 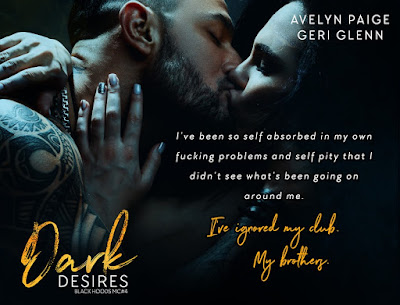 Start from the Beginning...
Dark Protector 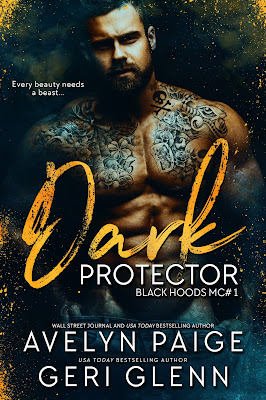 Blair’s life isn’t perfect, but she has a plan. Find a new roommate, finish school and finally start the future she’s been working so hard for.

And then he knocks on her door. One unwanted visitor is all it took to crush her reality and leave her living in fear. But at least she’s living, thanks to the help of a good Samaritan.

But, the danger’s not over. Her attacker is still there, lurking in the shadows and waiting to strike again. GreenPeace will put his life and his club on the line to save the captivating woman that’s stolen his heart. But even that might not be enough.

Avelyn Paige is a USA Today and Wall Street Journal bestselling author who writes stories about dirty alpha males and the brave women who love them. She resides in a small town in Indiana with her husband and three fuzzy kids, Jezebel, Cleo, and Asa. Avelyn spends her days working as a cancer research scientist and her nights sipping moonshine while writing. You can often find her curled up with a good book surrounded by her pets or watching one of her favorite superhero movies for the billionth time. Deadpool is currently her favorite.

To learn more about Avelyn's books, 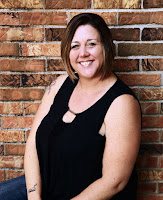 She lives in the Thousand Islands with her two daughters, one big dog and one terrier that thinks he's a Doberman. Before she began writing contemporary romance, Geri worked at several different occupations. She's been a pharmacy assistant, a 911 dispatcher, and a caregiver in a nursing home. She can say without a doubt though, that her favorite job is the one she does now-writing romance that leaves an impact. She loves homemade cookies, copious amounts of coffee and Diet Coke by the case.

To learn more about Geri's books,