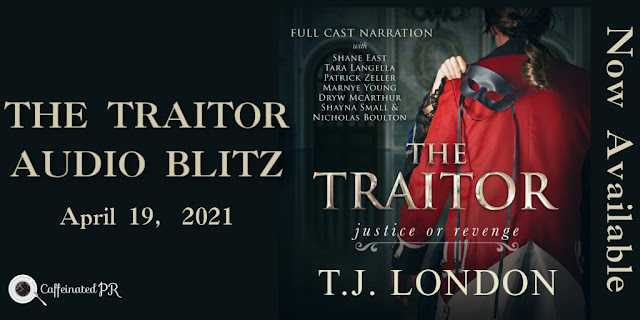 Today I am excited to share the audiobook release of THE TRAITOR by T.J. London.

This is the second audiobook in the award-winning Rebels & Redcoats Saga. 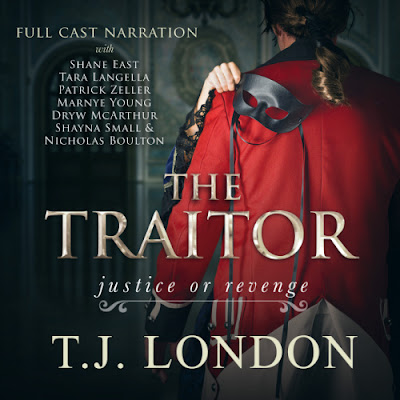 Provocateur and spy for His Majesty, Captain John Carlisle returns to Fort Niagara with the secrets he stole in the arms of the beautiful Oneida innkeeper, Dellis McKesson. Determined to complete his mission and clear his name, he’ll see justice done—and damn the consequences. Now, he finds himself drawn into political intrigue as the British prepare to launch a three-pronged attack that will bring the Rebels and the Mohawk River Valley to its knees.

A dangerous revelation finds Dellis as whispers of intrigue insinuate her beloved is not all that he seems. Unwilling to wait for her lover’s return, she sets out in search of the truth as the Onieda begin negotiations with the Rebels, breaking the neutrality agreement with the crown. A bold move that will stoke a fire between the brother tribes and lead to a bloody inter-confederacy war—one Dellis predicted, and one John incited.

While war between the colonies and the King smolders, the punishing winter of 1777 allows the perfect opportunity for old enemies to settle scores, lying in wait, ready to exploit John’s one weakness—his heart. John is not an innocent man. The truth he’s long tried to hide from can no longer be ignored, the ghosts of the past seeking justice, and karma wanting payment for sins so dark they cannot be forgiven.

caffeinatedpr · The Traitor by T.J. London

"I sincerely hope the later books are put into audio as well because The Tory and The Traitor are two of the best audiobooks I have ever heard, and I’ve heard thousands."- Lee Ann Schwartz

"My emotions are destroyed at the end of this audio experience. From my heart pounding out of my chest with the action scenes and knife’s edge suspense, to being on my knees in complete sobs over Mr. East’s and Ms. Langella’s moments voicing heartbreaking loss, pain, and love. The Saga that was once exciting words on a page became a true movie in my mind with these amazing actors melding into one amazing cast."- Suzi Vanderham

"I don't even know where to begin to tell you how much I love this book. I love The Tory, and was so excited when this was completed and in my ears. But it turned out to be even more than I can expect! Stories within stories, interwoven so not only are we captivated with the characters, but entranced with the intricate way each story builds and grows. Our main characters, Dellis, John, Delancie, and Celeste keep us on our toes."- Patty 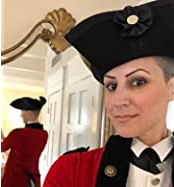 Giveaway:
a Rafflecopter giveaway
Hosted By: