Born into one of the richest, most notorious families in the country, the black sheep title was stamped on him from an early age. While the rest of his relatives earn their keep at the top tier baseball team they’ve owned for generations, Sin prefers spending his time and money on booze, babes and bad decisions.Until all three land him in a coma, fighting for his life.One year later, with a sober chip in his hand, he arrives at spring training ready to turn it all around. But when he meets the only woman who doesn’t recognize just who he is, he can’t help omitting a few important details … like his last name. No stranger to charming women, Sin uses one of his old skillsets to kick off what is sure to be an epic hookup.But when she shows up five months after their brief Florida fling with a secret that will topple his privileged world, he might just lose everything he’s worked so hard to rebuild. Including a real shot at love with the sassy redhead that he’s been too much of a coward to pursue.Can he shoulder the responsibility he’s always shrugged off? Or will he balk at the real-life complications and strike out completely?Francesca Kade is an independent goal-getter.As one of the only female strength coaches in the league, she’s used to invading the boys’ club. After putting up with being passed over and not promoted for a number of seasons, she’s finally got her shot.A consummate professional with blinders on, there is no way anything will screw up all she hopes to achieve. Well, except for maybe the new employee with eyes the color of ocean waves and a smirk that’s the definition of sin. When they catch fire in the southern heat, it’s almost impossible to put it out.Until she finds out that he’s her boss’s boss’s boss.Burned from the betrayal and panicking with a fresh secret of her own, Frankie is shocked when she lands her ultimate dream job. There is no way she’s turning it down. But when she bumps into Sinclair on day one, all of the old feelings and new problems come hurtling at her like a baseball to the face.Will she ever be able to trust that he’ll put both her and his responsibilities before his vices? Or will their differences cost them the game? 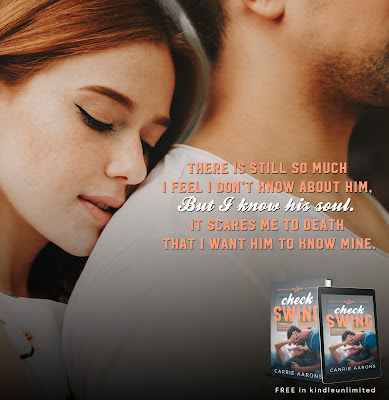 Add it to your TBR: bit.ly/CheckSwingtbr 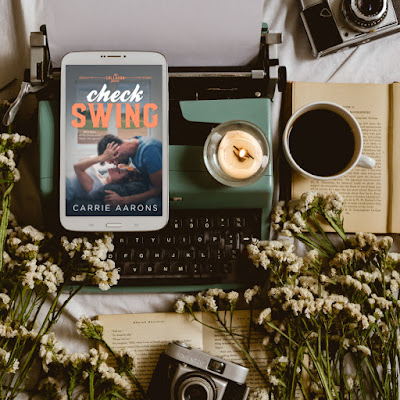 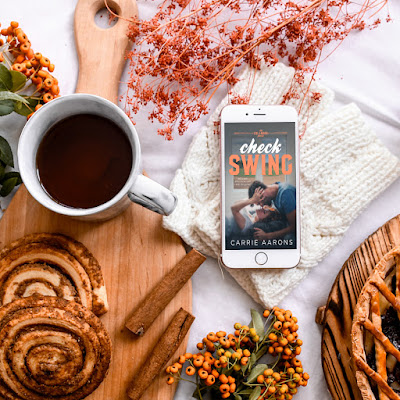 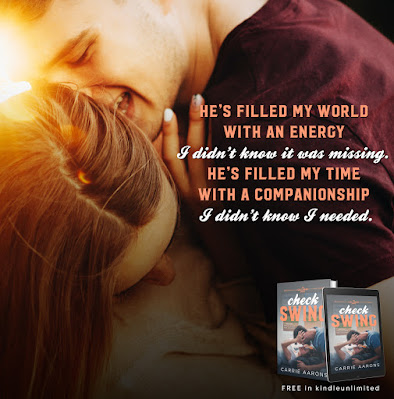 Author of romance novels such as The Tenth Girl and Privileged, Carrie Aarons writes books that are just as swoon-worthy as they are sarcastic. A former journalist, she prefers the love stories of her imagination, and the athleisure dress code, much better.
When she isn't writing, Carrie is busy binging reality TV, having a love/hate relationship with cardio, and trying not to burn dinner. She’s a Jersey girl living in Texas with her husband, daughter, son and Great Dane/Lab rescue.