Prize-winning Korean fairy tale now out as an audiobook!

Soma's mother, T.M. Song, was a storyteller and this is a tale she used to tell her daughters when they were little girls. Her mother had told it to her when she was growing up in a rural village in Korea during the reign of King Kojong.... The underlying lesson is filial piety, respect for one's parents, presented in an engrossing Oriental Cinderella story....

Authors are the husband-wife team of John Stickler and Soma Han. Soma is also the illustrator of the picture book. Soma heard the story at her mother's knee as a child in rural Korea. Her mother heard it from her mother back when King Kojong still ruled the country. John reported the news from Seoul for nine years for the CBS radio network and is a member of the Society of Children's Book Writers and Illustrators. Soma has a fine art degree from the California College of the Arts and has illustrated three children's books. They live on the desert in Southern Arizona. Previously they collaborated on Land of Morning Calm: Korean Culture Then and Now, published by Shen's Books, a division of Lee & Low.

Talulah Shadrick is born and raised in Los Angeles and began her professional acting career at the age of six. Her first three jobs in the industry were high profile, Union commercials which led to her joining SAG-AFTRA at age eight. Talulah also appears in a recurring role on Veep (2012) Season 7 and has a co-starring role in the upcoming fourth season of HBO's Room 104 (2017) "Generations" episode.

In addition to her acting work in TV, commercials and various independent films, Talulah has trained at Gary Spatz's The Playground - Young Actors Conservatory in Advanced Classes since the age of five and has had numerous professional coachings with Gary Spatz,Gayla Goehl, Dana Bowling and Donna Grillo for voice over acting. Starting at nine years old to present, Talulah continues her classical voice training with Kate Bass. She is also studying dance with Jacobi Lynn at Aletheia Dance & Performing Arts.

Talulah possesses a crazy advanced vocabulary and is a voracious reader; reading a 500 page book in a day is a normal occurrence. In addition to performing, Talulah also loves creative writing, cooking, baking, jump rope tricks (she takes a class with a four time world champion in jumping rope), swimming, traveling, meeting new people & most of all, her new puppy, Panda. By the way, Talulah also has a wicked sense of humor (probably mostly from her dead pan British side of the family).

When Success Sneaks up on You
By Author John Stickler

We didn’t know our book was competing for an international prize… and then it won!

Until we were notified by our publisher that we were winners, my wife and I had never heard of the Morning Calm Award for children’s books. It is an annual prize program founded and conducted by the librarians at the 15 international schools in South Korea.

Over the summer the librarians select English-language books in four age categories, elementary through high school, and stock multiple copies in each school. The books are introduced to the students at the beginning of the school year and they are given eight months to read them. In April they vote for their favorite. Most of the authors and publishers around the world have no idea their titles are even in the competition.

Our picture book, Maya and the Turtle: A Korean Fairy Tale, had a bit of an advantage in this race. Although the international schools are taught entirely in English, and these students are being prepared for college in the U.S. and elsewhere, they are mostly of Korean heritage. Maya’s tale is a classic Oriental lesson in filial piety, respect for one’s parents, presented in an engaging Cinderella story. In an effort to save her father’s life a young girl volunteers to face death in the form of a deadly giant centipede. Fortunately, thanks to a magical turtle, all ends well. 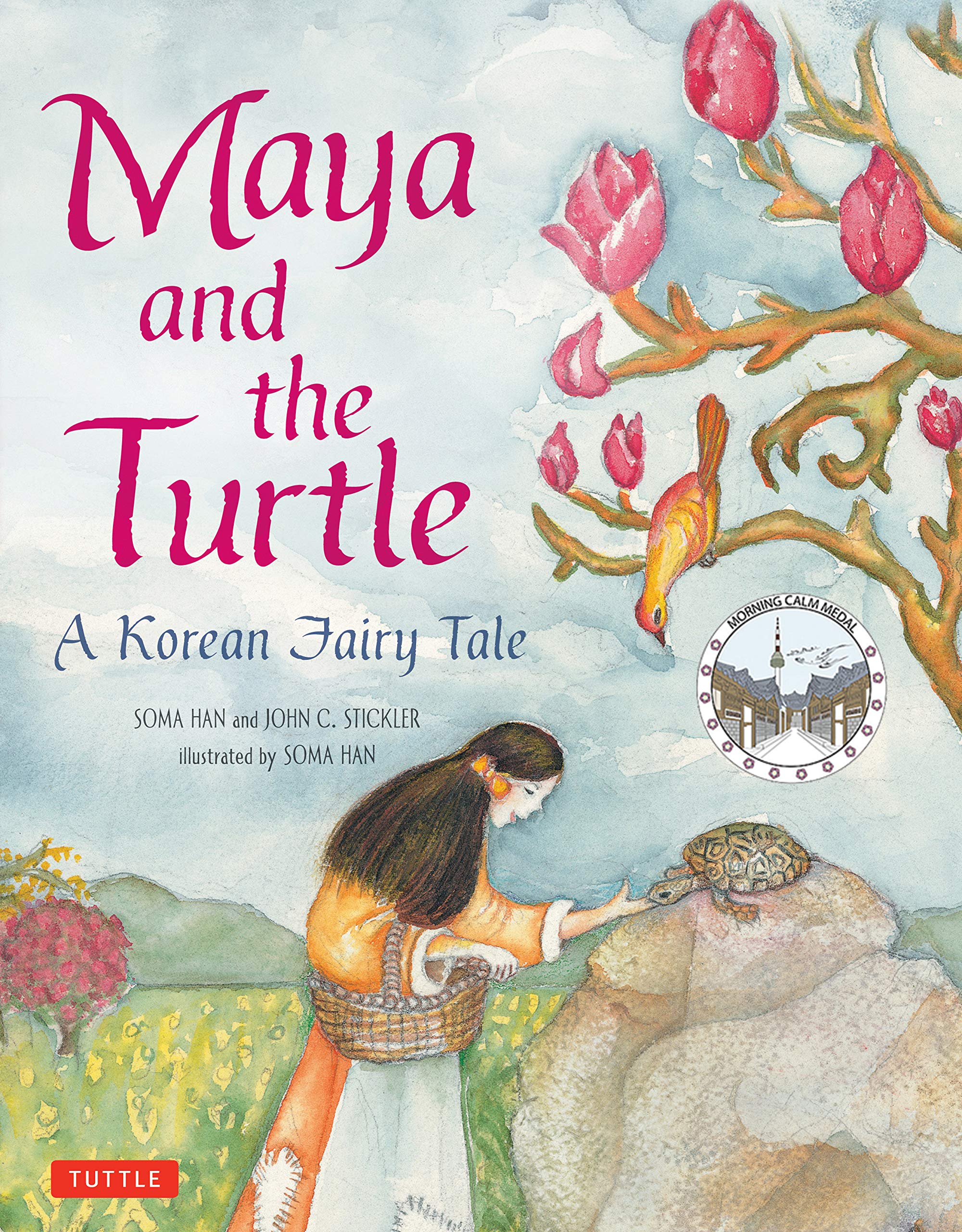 The librarians assigned our book to grades 4-6, up against three other new titles by better-known authors. Across all schools, Maya was the most popular in that age group and hundreds of students awarded her the international Morning Calm Medal. 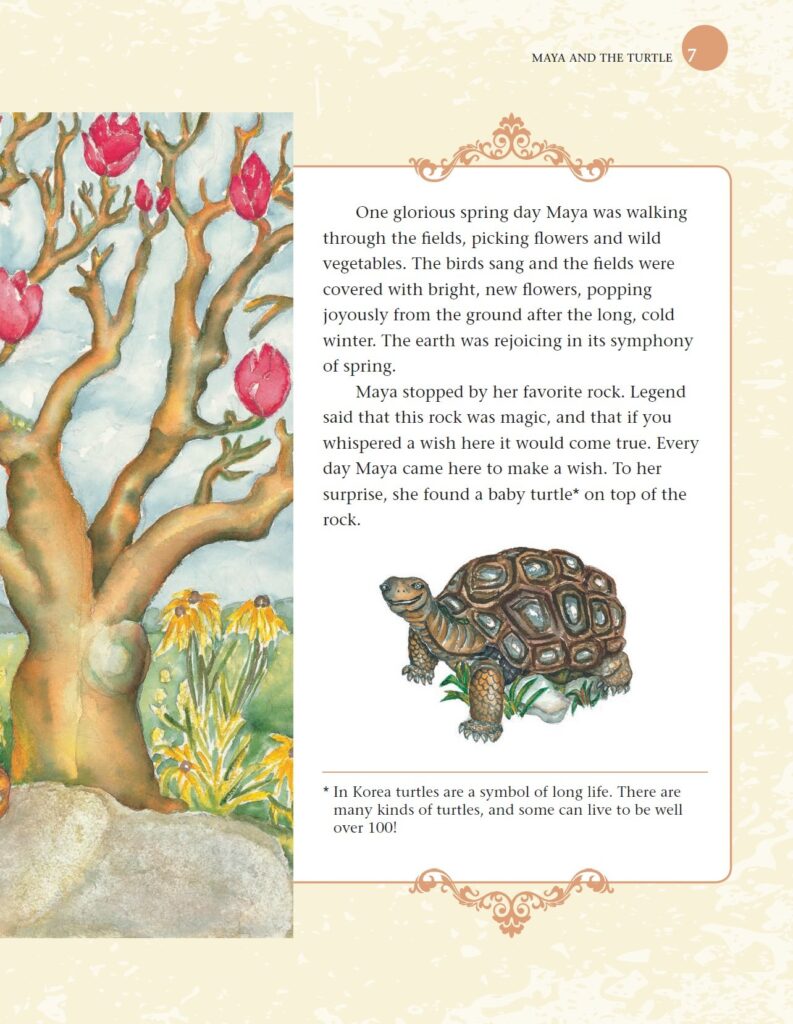 The winning authors and illustrators receive award certificates by mail and the publishers receive artwork for a nifty foil medallion to print and stick on their winning book covers. 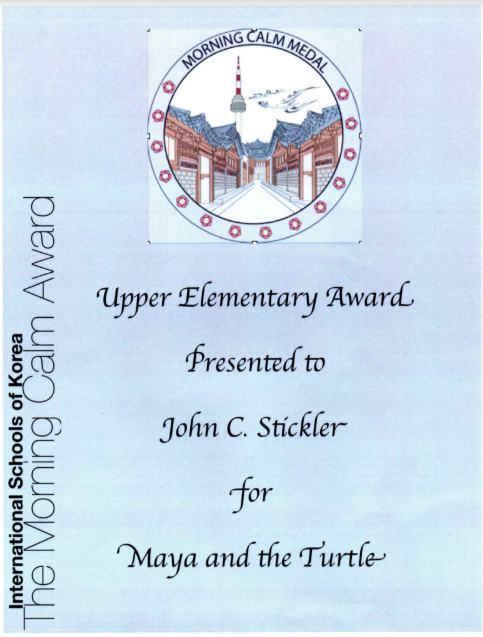 Then, A Multicultural Audiobook was Born

Although our publisher, Tuttle, produced both hardcover and eBook editions of Maya, they had not considered an audiobook of this title. Given its proven popularity my wife and I negotiated with Tuttle to obtain the audio rights and set out to become audiobook producers. We knew who we wanted to narrate it.

Talulah Shadrick is a talented Californian, age 12, who always knew she would be an actress. At age six she appeared on stage and by eight qualified to join the Screen Actors Guild. Her credits include a Toyota TV commercial, a voiceover for a Nintendo game, and a recurring role on the last season of the popular cable TV program “Veep.” 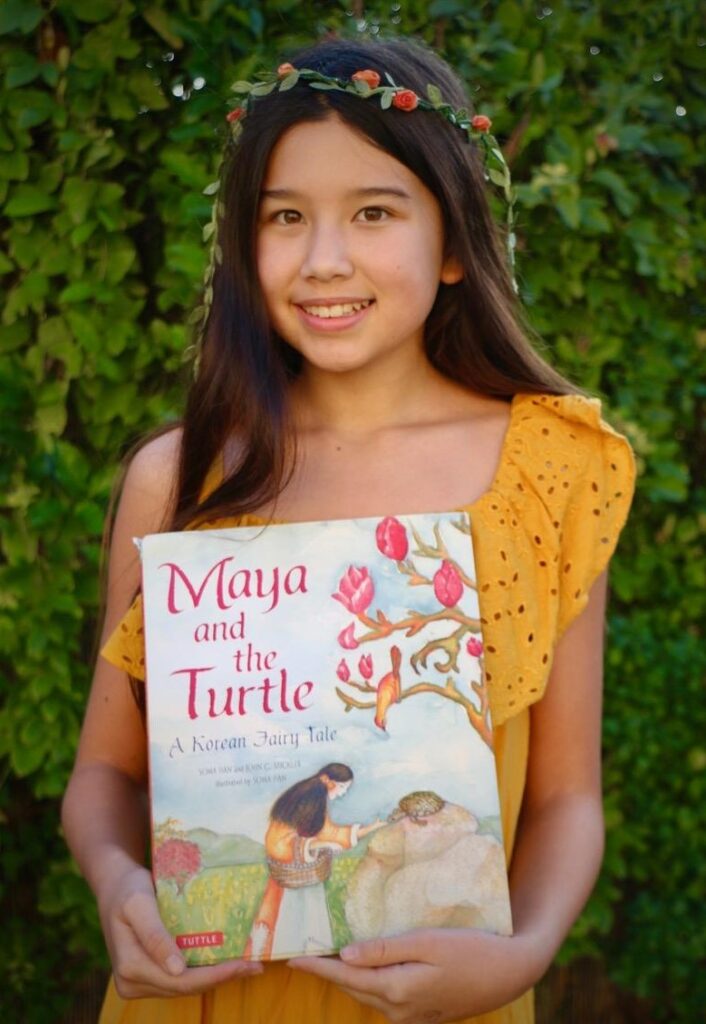 Soma’s mother, T.M. Song, was a storyteller and this is a tale she used to tell her four daughters when Soma was a little girl. Her mother had told it to her when she was growing up in a small village in Korea. As co-author Soma told me what to write and also did all the lovely watercolor illustrations. She is a fine arts graduate of the California College of the Arts and has illustrated three children’s books. She’s a charter member of the National Museum of Women in the Arts.

I reported the news from Seoul for nine years for the CBS radio network and am a member of the Society of Children’s Book Writers and Illustrators.

Plugging you into the audio community since 2016.
Sign up as a tour host here.
Posted by Lynn's Romance Enthusiasm at 10:00 AM