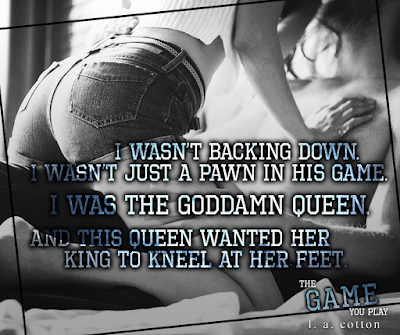 Check out this new teaser for The Game You Play, an all new standalone in the Rixon Raiders series. 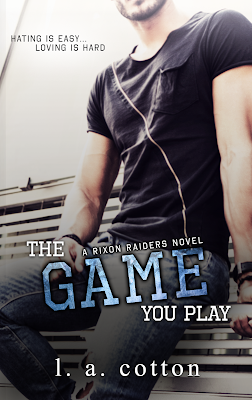 Lose her virginity.
Meet her knight-in-shining-armor and fall in love.
Have the best senior year a girl can have.
The only problem? Her knight isn’t a saint, he’s a villain, and she’s pretty sure he’ll destroy her before ever handing over a piece of his heart.

Win State and go down as one of the most successful Quarterbacks in Rixon Raider history.
Head off to college and pursue his dream of being drafted to the NFL.
Avoid the girl under his skin. Felicity Giles, his stepsister’s best friend and perpetual pain in his ass.

She’s annoying as hell.
Quirky.
She’s a game to him, nothing more.

Until his arch rival comes after him and the few people he cares about ... and Felicity gets caught in the crossfire.

The Game You Play is the second book in The Rixon Raiders series. All books in this series can be read as standalones!