**** Disclosure of Material: I received a final and/or advanced reader copy of this book from RBTL Book Promotions and the Author/Publisher with the hope that I will leave my Unbiased Opinion. I was not required to leave a review, positive or otherwise, and my opinions are just that... My Opinions. I am posting this in accordance with the Federal Trade Commission's 16 CFR, Part 255: "Guides Concerning the Use of Endorsements and Testimonials in Advertising". *****

Car restorer Dean Milford knows how to make damaged things beautiful again. Only, after a bad breakup, he loses sight of who he is, playing the field and distracting himself with any man he comes across. But now there’s only one guy who really matters to him. And maybe with his latest restoration job—a vintage Cobra—he’ll get the chance to let him know.
Losing his sight wasn’t the worst thing to happen to Lee Studer—losing his independence was. It’s taken a while, but he’s finally found his place in the world—in a garage. Funny enough, his acute hearing allows him to pinpoint engine problems just by listening. And even better, he’s going to have a chance to help his long-time crush, Dean, rebuild his fantasy car.


As the restoration comes together, so do Lee and Dean, building a friendship that quickly turns into so much more. But before they can think about a future together, they have to deal with the past. Only that turns out to be more dangerous than either one ever dreamed….

Dean Milford feels like he’s alone even though he has a couple of great friends.  Lee Studer doesn’t let a disability stop him from being a productive person and doing something he loves.  Dean’s friends have a part in this story but if you’ve not been following the series, like me, you’ll be glad to know that they also have their own book.  Good thing this is a standalone.  You won’t feel lost having missed any of the previous three stories.

I liked how authors have started giving the readers more characters that aren’t model perfect.  It makes them seem more human, more relatable.  They could be your coworker, a family member, or even someone you’re interested in.  In one point of the story Dean and Lee are having a conversation when Dean says something to him that I have to agree with.  I’m not going to quote it because I want you to find it on your own.  I think you’ll find that you agree with the statement as well.

Now the author could have just gone and developed the relationship that you will have no trouble seeing develop.  But he shows how difficult things can sometimes be.  It will make you think about how our world has changed and some of that can be due to those who seem to feed off hate, those that don’t like anyone that’s not like them, or possibly someone dealing with a mental health issue.  On the flip side, the author shows that most everyone just wants someone to share their life with.  He does a good job in giving the reader a sense of the emotions that our main characters are feeling.  Mr. Grey didn’t write any scene that made me feel uncomfortable but left me smiling at the very sweet ending.  He also left me wondering if I’m going to see this group again.

“What the fuck?” Scott swore next to him. “Everything is messed up.” He pulled back his hand, and Lee listened as each drawer in the chest was opened and closed. “They all are. Shit, I’m going to kill whoever did this.” Scott turned and shouted for Brent to come over.
“What’s going on?’ Brent asked in his deep but kind of soothing voice. He must have been signing as he spoke, because Scott answered right away.
“Everything in Lee’s drawer is messed up. He needs his tools in the right place so he can find them easily.”
Lee stood to the side, his arms around his own chest. It seemed stupid, but the thought that someone had been in his things and messed everything up on purpose just about killed him. He’d probably have felt better if they’d just stolen them. That was impersonal. But messing everything up—that was close, intimate. They knew exactly what would upset him most.
Before losing his sight five years earlier, Lee had been a real slob. His mom had been forever asking him to clean his room. But once he couldn’t see, he’d learned from James that he needed to be organized and precise if he was going to be able to navigate his blindness in a sighted world.
Scott moved to stand right next to him, then hugged him tightly. “Scott, can you and Lee spend some time fixing his tools? I’m going to get the car for you and drive it into the bay. We’ll try to figure out who did this. Was the box locked?”
“Yes. I saw Lee unlock it. Someone just tipped the entire box on its side to mess it up.” He was angry and as pissed off as Lee was. “The bastards.”
“I’ll get to the bottom of it, but I don’t understand,” Brent said.
Lee didn’t either. As far as he knew, he was friends with everyone at work. All of the other guys had always been nice to him. They even helped him and offered to guide him if Scott wasn’t there. He trusted all of them. That’s what really hurt.
“Okay,” Scott said, then started opening the drawers. He set to work, the tools banging against the metal dividers as Scott set them back in place.
Lee stood out of the way and let Scott help him. He could identify his tools by their feel, but he needed them in their own places if he was going to find them easily.


For Other Works by Andrew Grey: 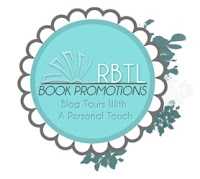