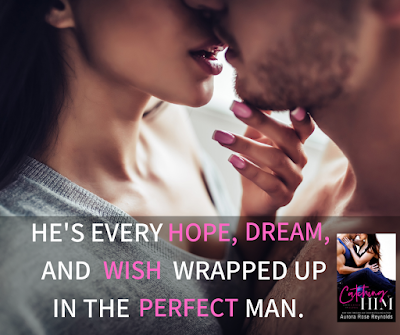 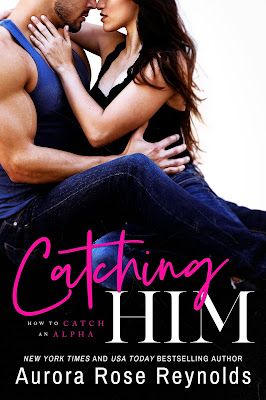 Leah Emerson isn’t looking for a man—she’s looking for the right man. But her mother’s idea of a great catch leaves her cold, and she’s pretty sure her cocky, arrogant, and way too good-looking new neighbor isn’t the one either. If only her wayward cat would stop jumping through his window, she could get on with her life.

Tyler Duncan moved into town for a new job, not to fall in love. But he always goes after the things he wants in life with steadfast determination . . . and he wants Leah Emerson. He wants her smiles, he wants her touch, and he definitely wants her in bed.

Unfortunately, someone else wants Leah—in the worst way. Now Tyler’s on a mission to protect the woman he’s falling in love with while proving he’s worth falling for, and Leah must decide whether Tyler is a catch worth catching . . .

I look at him with my mouth full and raise a brow as I chew and swallow. “Did you just ask if Fruity Pebbles is any good? Have you ever had it?”

“I haven’t eaten cereal since I was a kid. The only kind my ma ever bought for us was Cheerios, and not the real kind—the kind that comes in the family-size bag.”

“Delicious,” I finish for him. “Do you want some more?”

“I’m good.” He laughs. “I am worried that you’re eating that for dinner.”

“Why? It’s fruit and dairy,” I deadpan, and he laughs again.

“Whatever you say, gorgeous. Tomorrow I’ll make you breakfast so your body has the fuel it needs before we get to work.”

“Will there be bacon?” I set my bowl on the coffee table, then lean back against the couch, looking at him.

“Is that your roundabout way of saying you want bacon?”

“Then I guess there will be bacon.”

“Now I can’t wait for breakfast.” I smile at him when he grins. “I do have to leave around four, or maybe a little earlier, so I can shower and change to get to my parents’ place for Sunday dinner.”

“Oh . . . okay. Awesome.” I bite the inside of my cheek. My mom is going to flip her lid—not in a bad way. She’s going to be so happy I’m bringing a man with me that she will probably start knitting baby booties. Not that she knits. She’ll probably just order some off Amazon for free two-day delivery.

“You don’t want me to go?” He tugs that piece of hair he hasn’t stopped playing with, and I turn my head.

“Right,” I agree, even though it’s a little disappointing to think he’s not interested in me and that the comments he’s made haven’t been a lead-up to something more—that something more being him fricking kissing me. But maybe that’s just him . . . maybe he flirts with everyone.

“I don’t have to come if you’re going to be uncomfortable.”

I turn to look at him once more. “You’re right. We’re just friends and neighbors; it won’t be a big deal.”

Okay, what does that mean? Never mind. I don’t want to know. I focus on the TV and not so much on him playing with my hair or sitting so close that the weight of him on my couch forces us even closer together.

“You should go to bed. You’ve yawned three times in as many minutes,” he tells me.

“I need to know if Bethenny is going to tell Luann about her husband being with another woman,” I say, keeping my eyes glued to the TV.

“I’m sure you can google it if you really need to know.”

“True.” I yawn again, and my eyes water.

“Come on.” He stands, then pulls me up with him off the couch. “Walk me to the door, then go on to bed.” He walks to the door and stops with his hand on the handle, then looks at Bruce, who hasn’t gotten up. “Bud, come on. Time to go home.”

“Come on, big guy.” I pat my thighs, and he comes instantly, and I laugh as Tyler grumbles under his breath. “I’ll see you tomorrow,” I tell Bruce, hugging him around his furry neck, and then I stand and look at his dad. “When do you want me?”

His eyes change ever so slightly, and I swear he’s going to say something dirty, but he doesn’t. “Nine thirty or ten.”

He touches his fingers to my cheek, then opens the door and steps out onto the porch. “Bruce, come,” he calls when Bruce doesn’t follow him. I giggle, and he shakes his head as I push Bruce outside with my hands on his rump. “See you in the morning, babe.”

“Mmm-hmm.” I watch him walk down the stairs and roll my eyes when he orders me into my house and to lock the door. I do what he asks, only because I want to, but I still watch him through the window as he and Bruce walk across the grass between his yard and mine and up to his front door. When he’s inside, I go back to the TV and turn it off, then get in bed, where eventually I fall asleep thinking about the guy next door. 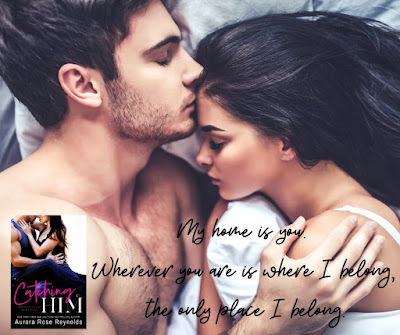 In my newest book, Catching Him, Leah Emmerson is over men who can’t commit and she is determined to find a man who is willing to chase her for once. When she meets Tyler Duncan she’s not sure she likes him, however, once she gets his attention he makes it clear that he wants her. Tyler goes out of his way to make Leah his and prove that he’s the kind of guy she should be with. The task isn't easy; Leah has built up walls because of her past relationships, but after getting to know Tyler as a friend she realizes that he’s the perfect catch.
I’m here to give you some advice on how to catch an alpha male, this method is tried and true.
Step one.

Ignore the hot guy. I know this might seem a little crazy when you’re trying to actually catch a hot guy, but I’m telling you now that for whatever reason the more you ignore himthe more he will come around.

Avoid danger, however, if you do get into trouble be open and honest with the hot guy. If he's worth your time then he will step up to protect you.

This step is the simplest of them all: Believe him when he says he loves you and go on to live happily ever after.

Aurora Rose Reynolds is a New York Times and USA Today bestselling author whose wildly popular series include Fluke My Life, Until, Until Him, Until Her, and Underground Kings. Her writing career started as an attempt to get the outrageous alpha men in her head to leave her alone and has blossomed into an opportunity to share her stories with readers all over the world.
To stay up to date on what’s happening, join the Alpha Mailing List: https://bit.ly/2GXYsVS. To order signed books, go to https://AuroraRoseReynolds.com. You can reach Reynolds via email at Auroraroser@gmail.com and follow her on Instagram (@Auroraroser), Facebook (AuthorAuroraRoseReynolds), and Twitter (@Auroraroser).

a Rafflecopter giveaway
Posted by Lynn's Romance Enthusiasm at 12:30 AM