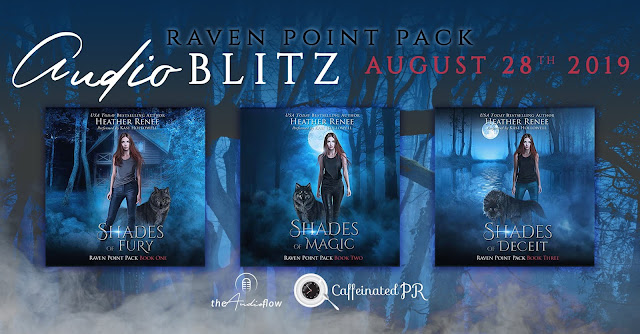 Today I am excited to share the Raven Point Pack Audiobooks by Heather Renee with you. Narrated by Kasi Hollowell and produced by The Audio Flow, this new adult paranormal romance series is full of shifters, sass, romance, and unforeseen twists.

Come check out the series and enter the giveaway before adding them to your audio bookshelf! 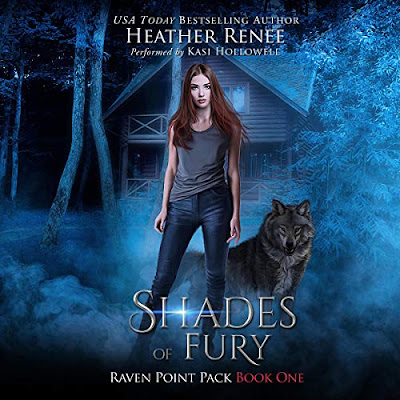 When Cord connected a rival pack to the disappearances of humans, he paid the ultimate price. Now it's up to Taya to pick up where he left off and find justice for those who have been harmed.

As she closes in on her brother's murderer, the threats only escalate. He wasn't the only target, and now everyone she loves is in danger, further fueling Taya's need for revenge.

With the help of an irresistible shifter named Liam, they set out in search of the only witch coven strong enough to set things right. Only Taya isn't sure who to trust, and if she doesn't decide soon, she could lose not only her heart but also the people she loves most.

Listen to a sample of Shades of Fury

Listen to "Shades of Fury Sample" on Spreaker. 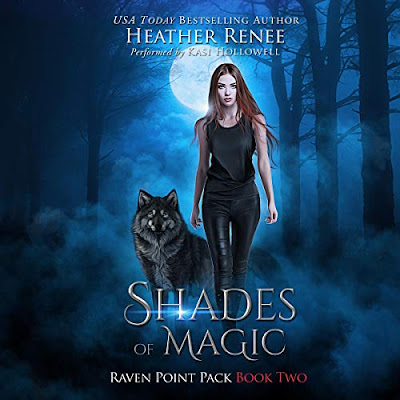 When Taya is faced with deciding who will live or die, she struggles to accept the outcome when the choice is made for her.

As Raven Point mourns the loss of one of their own, they band together with the witches to seek vengeance. Not only for their fallen pack mate, but for anyone who has suffered from Declan's decisions.

Though the battle looms near, Taya finds herself continually drawn to Liam. She must decide if they're stronger together or if he's merely a distraction she can't afford right now.

When the dust settles, and the consequences of their actions come to light, Taya and Liam may just find themselves at their breaking point. 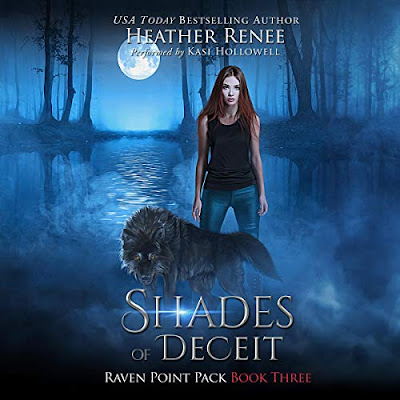 The need for vengeance can chase away everything...even those she loves most.

Taya's worst fears are coming true as Liam's grief begins to consume him. Watching him slip away, she teeters on the edge of being a patient mate and a desperate woman. With an uncertain future, one misstep could be the end of their new love.

Just when the pack thinks they're gaining the upper hand, another adversary makes an appearance. Taya will need to trust the enemy if she wants to keep her loved ones away from the threat. If she isn't careful, she'll become the next casualty in Declan's battle for supremacy.

Secrets will be revealed, lives will be changed, and strengths will be tested as everyone is pushed beyond their breaking point in hopes of making it out alive. 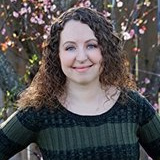 Heather Renee is a USA Today Bestselling author who lives in Oregon. She writes Urban Fantasy and Paranormal Romance novels with a mixture of adventure, humor, and sass. Her love of reading eventually led to her passion of writing and giving the gift of escapism. When Heather's not writing, she is spending time with her loving husband and beautiful daughter, going on their own adventures. She loves to hear from her fans. 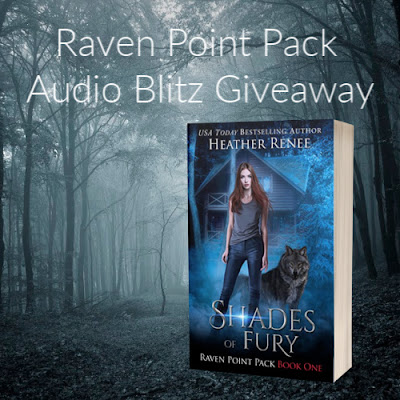 One lucky winner will win a copy of Shades of Fury the first book in the Raven Point Pack trilogy. Open Internationally. US winner will receive a signed copy.