For Bernadette Ross, there are two things she knows for sure, she loves being a kick-ass gamer girl and she’s been in love with her teammate's older brother for years. Wade Roberts was forced to put her in the friend zone, but when his feelings can’t be ignored any longer, the only option is to keep their relationship a secret. Fans of nerdy romance, Carrie Aarons, and Kaylee Ryan will adore WIN MY HEART by Lauren Helms, a secret relationship, gamer girl romance. 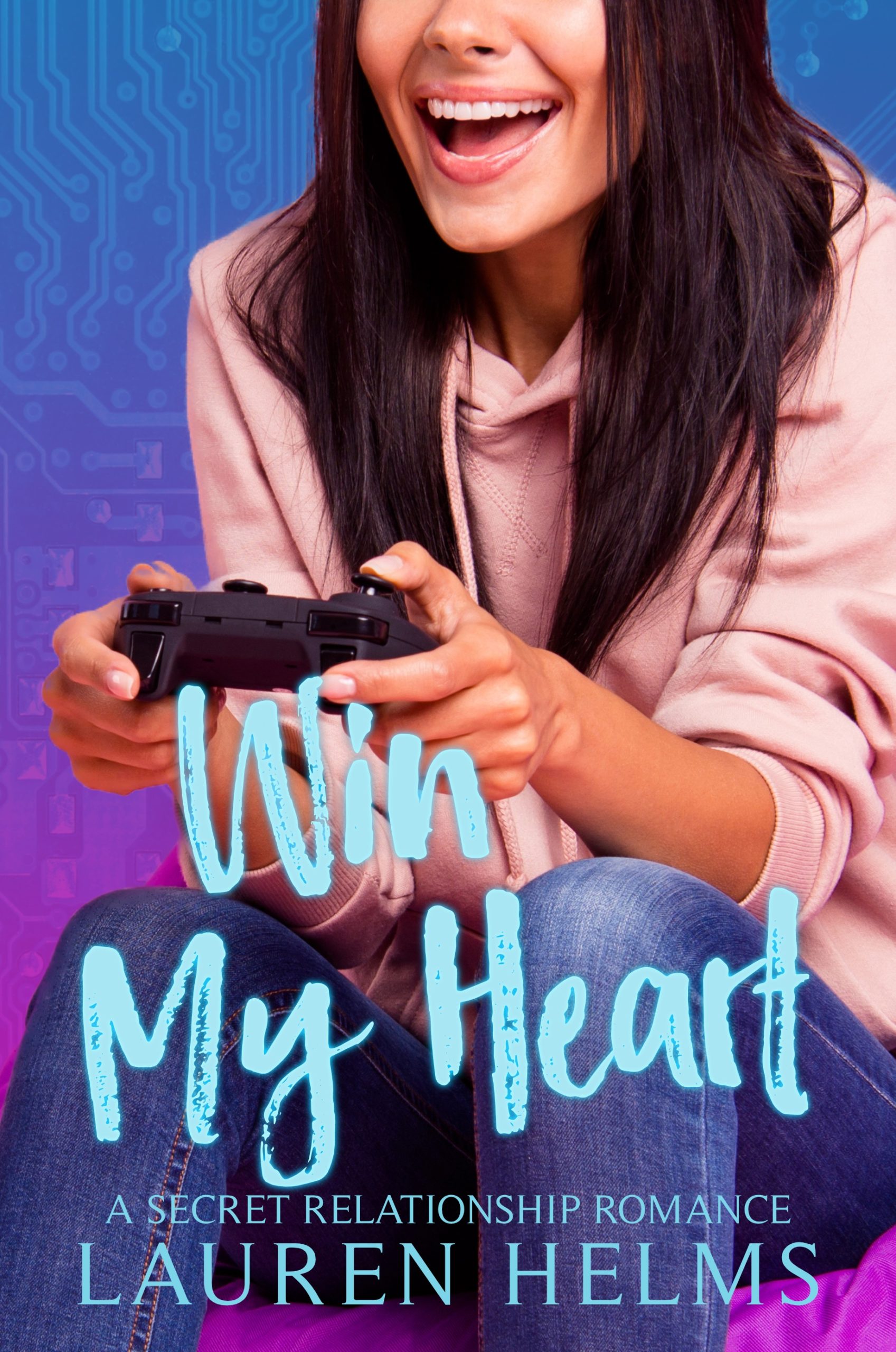 Blurb:
Bernie
When it comes to gaming,
I’m a pro.
When it comes to my love life?
That’s a different story.
I’ve been crushing on my best friend’s older brother forever.
In return, he’s kept me in the friend zone for way too long.
Then things change between us.
And I get to see a whole new,
And incredibly sexy side to him.
But, he wants to keep things between us a secret.
Wade
I made a promise to my brother.
One I refused to break.
Until now.
I’ve ignored my feelings for the girl for way too long.
And the more time we spend together,
The harder I find myself falling.
There’s just one problem,
I can’t let anyone know that I’ve made her mine.
Can I win her heart before its game-over for us both?
Read Now! 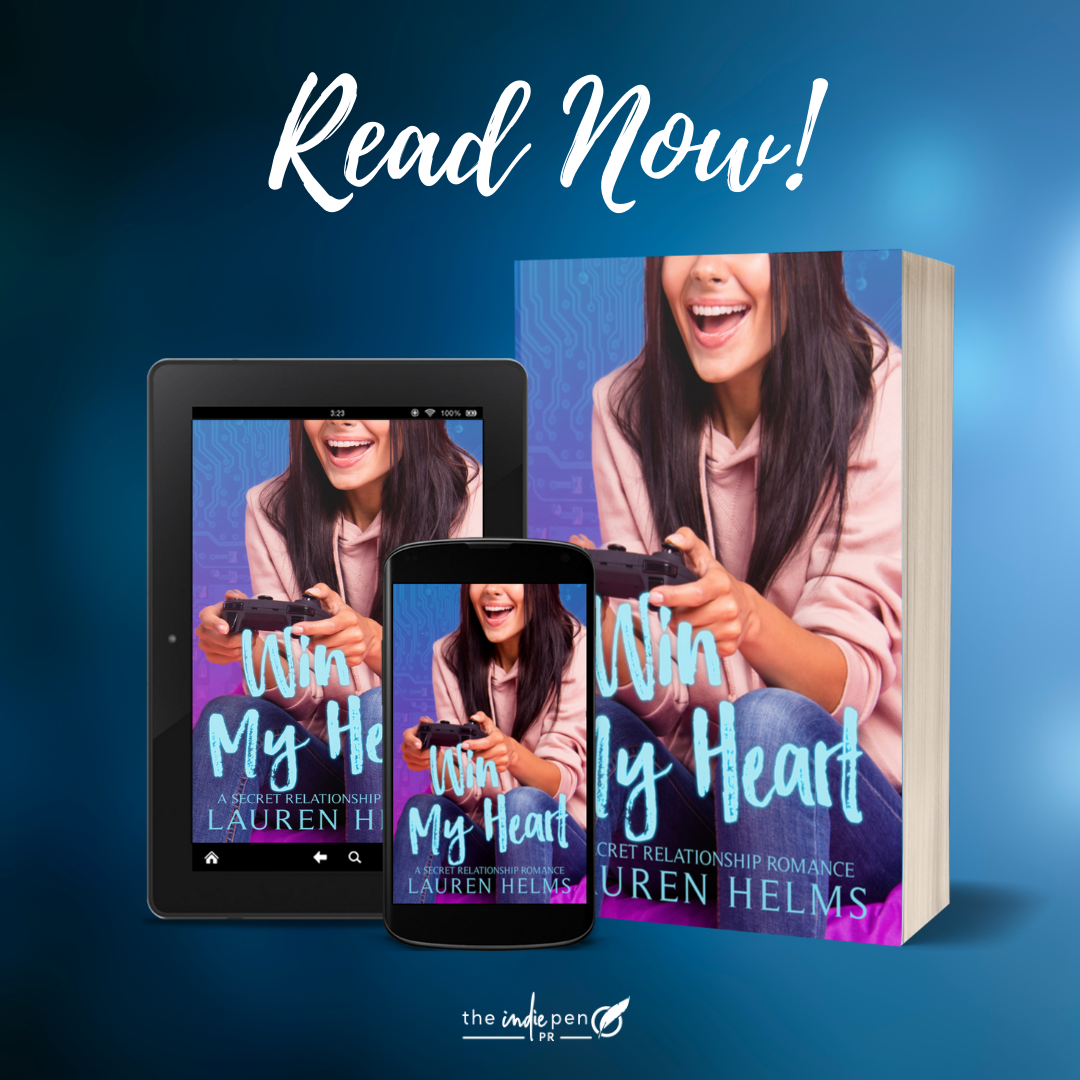 “Lauren Helms delivers a sweet and steamy romance that packs an emotional punch." - Mary @ USA Today HEA on ONE MORE ROUND, Gamer Boy 2

I rush to the stairs at the end of the hall. It will be quicker than waiting for the elevator, and since I’m only going up one floor, it makes sense. After taking the steps by twos, I’m standing in front of the guys’ apartment in no time.

Brushing a stray hair off my face as I unlock the door, I realize I never changed out of my workout attire. My capri leggings, which I wear while lounging around at home more than working out, are black with a camo pink design up the sides. Then I’m wearing a crop top tank in the same matching pink.

I’m glad the guys aren’t here, because I don’t dress like this around them. Ever. I’m normally in a pair of skinny jeans and a fitted tee or hoodie. On occasion, I know how to dress up. I’m assuming if the guys saw my midriff, it would be akin to seeing their sister show too much skin.

I take a few steps into the apartment, and it’s dead quiet, as expected. I look around for the speaker and notice the place is cleaner than it was yesterday. Since Dex moved out last month, it’s become blatantly obvious who kept the place clean—or at least held the guys accountable for cleaning up after themselves.

I chuckle to myself at how much fun Gia and Ruby will have when they have to house-train their men eventually.

I remember that we had the speaker back in Link’s room, testing it with his stream set up. So I head down the hall.

I hear a noise and look over my shoulder just as I run into something hard and wet.

I squeak as I whip my face around, and I jump when strong hands grab both of my arms.

I stifle a scream right as I process what—I mean who—I ran into.

My teammate’s big brother and the guy I’ve shamefully had a secret crush on for years.

He grips my biceps tightly as if he fears I’m going to fall over. And once my vision focuses on him and my eyes drift down his body, and I realize that he’s naked, I think I might just pass out.

“Bernadette. You good?” His voice is deep, and there’s a trace of humor there.

The way he says my name makes my knees weak. Not many people call me by my full name, but Wade always has.

I nod, still taking him in. Okay, so he’s not naked completely. He’s got a towel wrapped low around his waist, giving me a nearly full view of the perfect ‘v’ and the hint of whatever he’s hiding underneath. I force my gaze back up to his chest, then to his face. Shit, he’s got a nice face.

Christ on a cracker.

He barks out a laugh, and I nearly die.

“No, frack. Wait, why are you wet? Because now I am. Is this sweat or water?” I peel my eyes away from the half-naked man I’ve dreamed about for the past few years and take a step back. He doesn’t let his hand drop right away, but then his gaze blazes down my body.

I instinctively cover my stomach with my hand, then drop it because it was an awkward move on my part. I just end up bringing more attention to myself as he drinks me in. When I clear my throat, his eyes find mine.

He seems to shake himself out of something and puts yet another step between us.

“Uh, yeah. Sorry. I just got out of the shower. I wasn’t expecting to run into anyone, so I’m glad I even bothered with the towel.” His throaty chuckle is uncomfortable as I think about what would have happened if he had forwent the towel.

I giggle nervously. “Oh, yeah, same,” I reply. “I mean, wasn’t expecting to run into anyone.”

Wow, this is uncomfortable. Anyone looking in would think we were two half-naked strangers running into each other. But we aren’t. I’ve known Wade for almost five years. While he doesn’t hang out a lot with the gang, he’s around. He supports our team and I’ve eaten many meals with him. Some days, I would even consider us friends. We get along well. I’ve just always had a crush on him, and he’s always looked at me the same way the guys do—as a sister. Which is fine. Totally fine. It’s probably for the best. 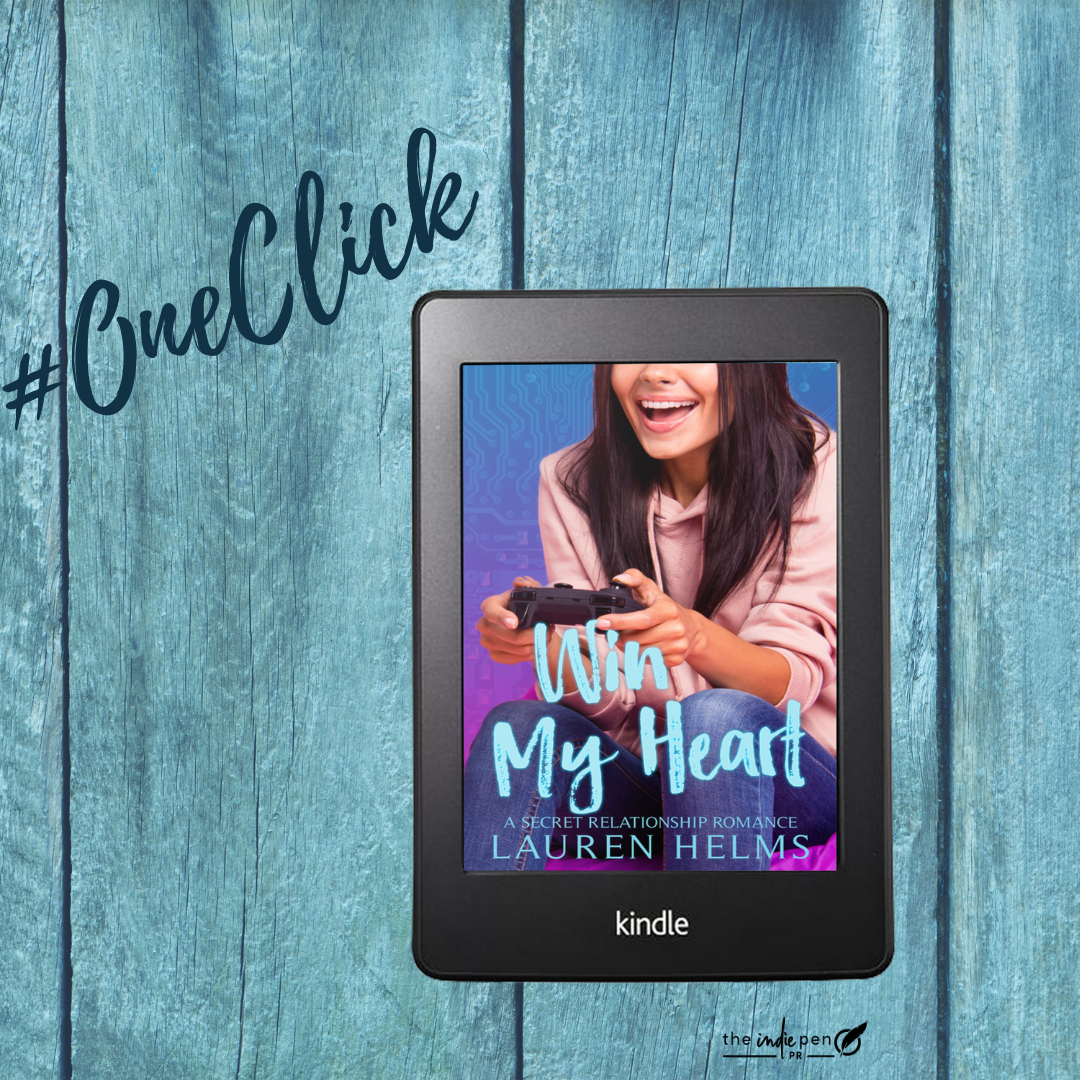 Lauren Helms is a romance author her nerdy and flirty contemporary words. Lauren has forever been an avid reader from the beginning. After starting a book review website, that catapulted her fully into the book world, she knew that something was missing. While working for a video game strategy guide publisher, she decided to mix what she knew best--video games and romance. She decided to take the plunge and write her first novel, Level Me Up. Several published novels later, Lauren created PR company, Indie Pen PR, to help other authors promote their books.
Lauren lives in Indianapolis, Indiana sharing her love of books and video games with her own Gamer Boy husband and three young kid nerds who will hopefully grow up to share the love of things that united Lauren and her husband on their own happily ever after.
Follow:
Facebook | Reader Group | Instagram | Goodreads |
Amazon | BookBub | Newsletter | TikTok

This promotional event is brought to you by Indie Pen PR