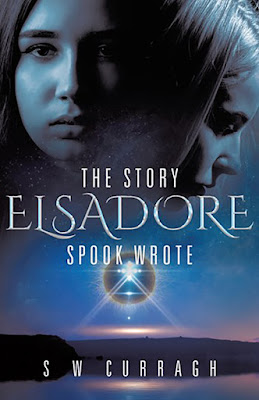 The Story Elsadore Spook Wrote charts two young girls' lives. They embark on a journey that takes them across a vast land with many obstacles, and many ups and downs. As the generations expand, there is a new light cast across the four states, an invasion that is unprecedented, that would unravel the common ground and the known cosmos.

As the sun started to set, there was a calm before the storm in Givens. All the people had been warned, and it was time for those innocent civilians to move on. There was only one way, and it was to travel around the Valley of Ruins, avoiding the temples and the Western Gate. It was a longer journey than capable means would demand. But having no other choice, it would have to work for the people of Givens.

There were many skeptical citizens of Givens who did not realize what was about to happen; they were not as willing to just get up and leave. They wanted to stay in their precious homes, and tend to their precious gardens, and see to it that they would never have to leave at all.

Elsadore Spook was the first to see the demons on their way. They were flying around in a circular motion on the way to Givens. He could not believe the mass numbers, and he could not count them for they were too fast and unpredictable. They would not stop until they drove away everyone.

There was little time to evacuate. The time was now, for the people had to leave and travel around the Valley of Ruins, straight on the eastern seaboard, and along the oceanic shoreline was a beach that was clear of debris and foliage.

With that in mind, it was time.

The demons were almost reaching their first victim, but at any rate, there was no stopping them. There were instantly many victims. They swirled around the heads of the people. The citizens batted them away to no avail; the demons just kept coming back and doing it again and again.

There were very few skeptics left as the sun dropped below the horizon. A shadow cast across the landscape. It was becoming difficult to navigate the retreat. The sheltered caravans were full of the vulnerable and the weak, those who needed a little more shelter. There were many people with mules and backpacks. The people soon realized that this was really happening; the town of Givens was being sent to the Land of Never Again.

S W Curragh will be awarding $15 Amazon/BN GC to a randomly drawn winner via rafflecopter during the tour.