Offside with #55 by Piper Rayne is now live! 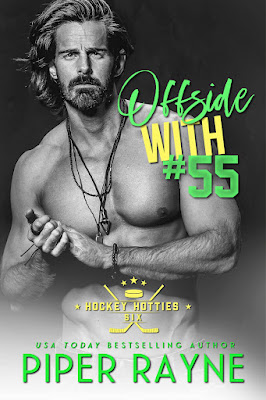 The last thing any professional hockey player wants is to be the old man in the game. The guy who doesn't know when it's time to retire. Still, I can't bear the thought of leaving the game.

This past year I've reflected on all my regrets, and I told myself that once I retire it'll be the time to settle down and start a family. But this is where it gets tricky.

I think I've found her—my Mrs. Although she'll deny our connection to anyone who asks. We've been sleeping together casually and since I'm still playing hockey, I've let her get what she wants—me—whenever she wants.

After being told my career as a player is over, the owner of Florida Fury grants me a shot to stay in the game. A coaching position I didn't know I wanted until it was offered. The catch? He's also passing the family business down to his daughter.

The woman who's been in and out of my bed for the past year. Which means the woman I intend to make my wife is now my new boss. 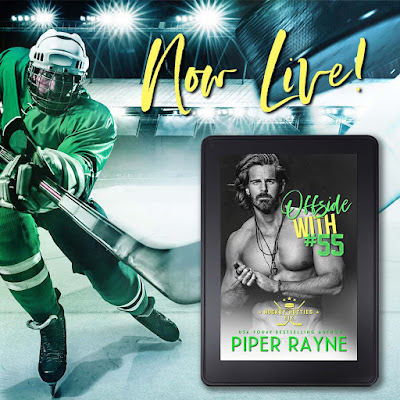 It’s hard to believe that this series is coming to an end.  But where there’s an end something new begins.

Kane shows what happens when a player has to move on.  Jana is there to take a family legacy to the next level.  They have a past but will it survive into the future.  This is not just their story.  You will also get to catch up with some of the other players – it’s hockey season after all.

When it came time for game play, our authors must love the sport because the scene they create puts me right inside the venue.  Our voice actors also get us involved with what is going on.  It’s like we are a part of their group watching their world unfold.  They have two people that give them some really good comedic moments.  Mr. Arden was walking me through a scene that had me burst out laughing.  He also shows one of the strengths our authors have – getting us to laugh at other people’s expense.  But they also create characters that feel human, not larger than life and the voice actors also help with that.  I’m in awe of these people.  They take words and make a funny and believable story come to life.

But sometimes the funny parts get tough when you’re trying to get ready for work.  There came a time when it became difficult to contain my laughter so that I could get my morning smoothie done – I had Mr. Arden to thank for that.  Ms. Moran on the other hand shows that a woman can work in a position of power.  Just like any job there’s a learning curve – you just need faith in the people that are there to help you make the position your own.  They make a great team.

Besides catching up with some of the players of the Florida Fury, we also catch up on their families.  And we get to meet someone from Kane’s.  Even though we only see him for a short time here, you’ll be happy to know that he starts off a new series.  Sadly, that doesn’t come until the end of the year.  But also good in case you’ve missed any books in this series – plenty of time to get caught up. 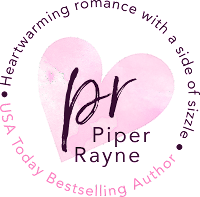 Piper Rayne is a USA Today Bestselling Author duo who write "heartwarming humor with a side of sizzle" about families, whether that be blood or found. They both have e-readers full of one-clickable books, they're married to husbands who drive them to drink, and they're both chauffeurs to their kids. Most of all, they love hot heroes and quirky heroines who make them laugh, and they hope you do, too! 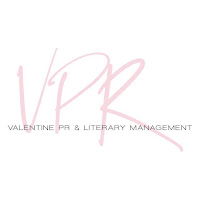