After the syndicate cost Jazz everything including the man she loved, Jazz is determined to wipe out organized crime forever…

By Judy Serrano
Publisher: 6K Publishing
Soft Cover: ISBN: 979-8655914537; 220 pages;
$10.99; E-Book, $2.99
Genre: Romantic Suspense
Release Date: July 7, 2020
Rating:  4 Stars
Told in first person.
Disclosure of Material Connection:  I received this audiobook for review from Pump Up Your Book and the author.  I was not compensated nor was I required to write a positive review.  The opinions I have expressed are my own.  I am posting this in accordance with the Federal Trade Commission's 16 CFR, Part 255:  "Guides Concerning the Use of Endorsements and Testimonials in Advertising". 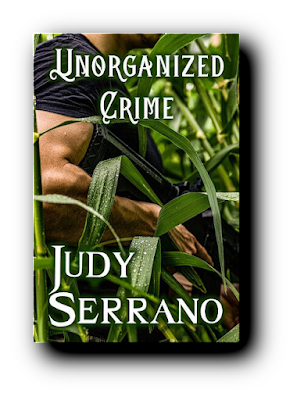 As Jazz finds herself falling from a helicopter, Gage St. Claire comes to her rescue. Organized crime is once again the culprit of her parents’ situation, and as usual, she is caught in the crossfire. Gage pulls her out of the water and helps her escape to safety. The love between them is undiscovered as he tries to leave her behind in an attempt to keep her safe and move forward with his black ops pursuit. Jazz becomes an undercover cop with wiping out organized crime forever as her goal. After Jazz exposes one of the largest crime families in the country, quite by accident, she is hired to expose crime syndicate leader Michael Giambetti Jr., otherwise known as Achilles. Achilles earned his nickname because he has no weaknesses. He has no weaknesses, that is until he meets Jazz. Achilles has been untouchable, and if she were to break this case, she could finally prove herself as a serious undercover officer. Her job is not an easy one, and people around her are not who they appear to be. Will Gage come back for Jazz, or will he be lost to her forever? Will she crack the case on her own? Read as this courageous upstart stumbles through another adventure.

Jasmine starts the reader with a heart-stopping moment.  It seems to run in the family.  I liked how the author strings the reader along as you try to figure out what she may do.  It’s a great way to hold your attention.  Because this book is told only from Jasmine’s perspective, we don’t know what the other characters are really thinking.
Even though unorganized is in the title, our author is very organized in how she develops her story.  Although, Jasmine seems to be a little uncertain about the men in her life.  It’s a good way to keep us flipping the pages in order to see how the scenes are going to play out.
The author uses a word in Jasmine’s dialog, complicated.  That’s a great word to describe Jasmine’s life at the time we try to get to know her.  This is something to think about if you are a person that likes to speed read.  Just keep yourself in check because if you go too fast, you may miss something important.  You may find it difficult to figure out who is speaking if you are not careful.  The ending left me with some important questions.  Is this part of a series?  Do we get to see more of Jasmine’s life?  What happens to all the men in her life?  What about family? 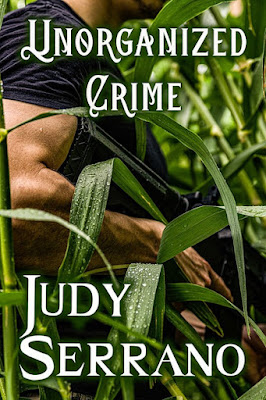 “When you think about it, I really only need one hostage,” he said as he put his hand on the small of my back and gave me a gentle shove. The helicopter was in the air, and I fell helplessly into the clouds. I grabbed hold of the landing skid and dangled above the water. We were not quite high enough yet that I would turn to dust if I were to drop. “Let go!” he shouted from below. I saw Gage take off his boots and put his wallet next to them on the ground. “Jasmine, jump!”

I saw him dive into the water, and I let go. This was the most terrifying thing I had ever done. As I hit the water, two strong arms reached for me and pulled me up as I plunged powerlessly into the deep. I held my breath, but I didn’t have much air left. He pulled me up so that I could breathe, and I grabbed hold of his neck. “I’ve got you, Jazz. You’re okay.”

He turned me so that I could hold onto his neck from behind, and he swam to the shore. The helicopter, which was holding my dad tied up and gagged, was long gone. When we got to the shore, Hector, Gage’s boss, was standing there. He pulled me out of the water, and Gage followed. “Good job,” Hector said to me. “You’re very brave.”

I watched Gage grab his wallet, cigarettes, and shoes. “You need to quit,” I said. “They’re no good for you.”

He pulled out a smoke and lit the tip, taking a deep pull off his cigarette. “Someday,” he answered. “Unfortunately, we often want what is no good for us.” I knew to what he was referring, but I let it go. Although you might think that the smell of the cigarette would fill the air, there was an engaging male scent radiating off of Gage that made me almost forget my name.

Suddenly, I realized that Hector was gone. “Where did Hector go? Where’s my mom?”

“They went after the helicopter, Jazz. I don’t think she’s coming back this time.”

My mom abandoned my dad and me years ago. They both worked for the FBI, and she never seemed to be able to balance her job and her family. Hector was in charge of all their destinies. As delightfully delicious as Hector was, I always resented him for taking her away. It was my goal to be a cop someday and wipe out organized crime just so people like the ones my parents fought daily would go out of business for good. Of course, I realized how unrealistic that was.

“I started my own team. You must remember me mentioning that to you,” he said.

We stepped over to his jeep. He reached in and handed me a towel. I began to dry my face and hair with it, as he did the same with his own. Gage was a storm all by himself. He was tall, well-built, and had smoldering dark eyes. His hair fell just below his ears, and I can remember how soft it was when I last ran my fingers through it.

“I’m not just working for the FBI this time. I have a job out of the country. I’m going to find someone’s daughter who was taken by terrorists.”

My stomach churned as he opened the door to the jeep, and I hopped inside. “Don’t leave me, Gage,” I said, as my soaking wet body leaked all over his vinyl car seats.

I reached up for his face, but he grabbed my hand. “We’ve been through this. You’re too young, Jasmine.”

That stung. I was waiting for Gage to the be the one for me. I didn’t want anyone else, and even though he may think of me as too young for him, I felt the ache in his eyes. We heard a gunshot, and Gage pushed me down onto the floor of his jeep. He jumped into the driver’s side and took off down the road. “What’s happening?” I asked. “Who’s here?”

“Someone realized you were still breathing, princess. Put your head down.”

I stayed down on the floor of the jeep as a bullet hit the windshield shattering the glass. I tried so hard to be brave, but I could barely hold it together. I heard Gage give our location and situation out on a radio. It was only a few moments before everything got quiet. “I lost them,” he said.

“This is all related to my parents, isn’t it.”

“And the terrorists. Who are they? Who’s the girl?”
He pulled the jeep over to the side of the road and sighed before looking at me. “Jazz,” he said, putting his hand on the side of my face. “Don’t wait for me. I won’t be back. Do you understand what I’m saying? I’m no good for you. Forget me.”

He grabbed his towel and brushed the glass off the passenger’s seat. Then he held out his hand for me to take, and he pulled me up off of the floor. I sat uncomfortably and refused to meet his eyes. He wanted me to discard him like a pack of cigarettes. I knew he was no good for me, but I just couldn’t stop thinking about him. I didn’t say anything. Clearly, my efforts were futile.

He put his hand back on the steering wheel, put the jeep back in gear, and we drove down the highway. “Don’t make me come back just to check on you,” he said. “Behave yourself. Move forward. Forget about me.”

I waited for him. I anticipated his return. I am now 24 years old, and he didn’t come back in time … or did he? This is my story. Let the ride begin. 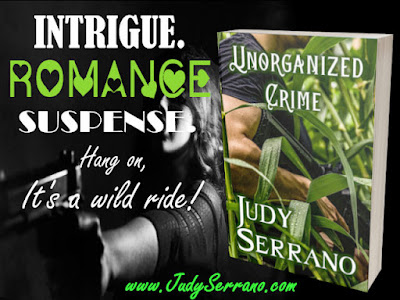 Giveaway:
25 Book Giveaway!
They include 2 copies of LINKED, 3 copies of BLOOD,
2 copies of EASTER'S LILLY,
6 copies of RELATIVELY CLOSE,
5 copies of MEMOIRS OF A MOBSTER,
1 copy of AFTER THE FALL,
5 copies of THE LAST FALL and
1 copy of Ivy Vines Visions!
Terms & Conditions:
By entering the giveaway, you are confirming you are at least 18 years old. 25 winners will be chosen via Rafflecopter to receive of the above books. This giveaway ends midnight May 27. Winner will be contacted via email on May 28. Winner has 48 hours to reply. Good luck everyone!
ENTER TO WIN!
a Rafflecopter giveaway 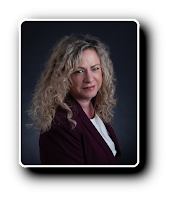 Judy Serrano graduated from Texas A&M University-Commerce with a master’s degree in English. She is the owner of Make Cents Editing Services, is an English teacher at a local high school, and an adjunct professor at a local junior college. Judy writes romantic suspense, paranormal romance, and Mafia romance novels. She is the author of The Easter’s Lilly Series, The Linked Series, Ivy Vines Visions, and Unorganized Crime. Although originally from New York, she lives in Texas with her husband and near her four boys. In her spare time, Judy plays guitar and sings at her church, and dotes on her fur babies. 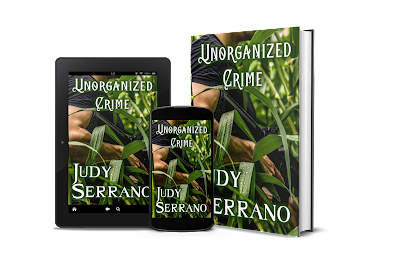