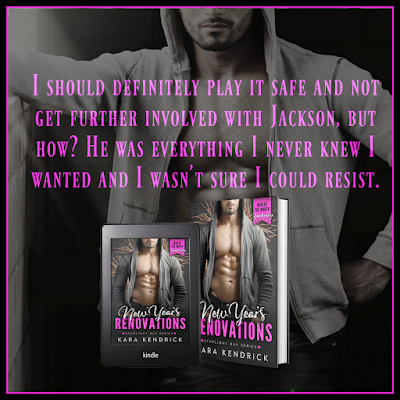 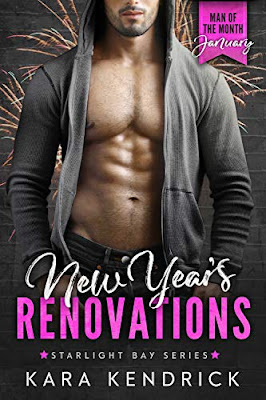 My year is off to a terrible start. Fired from my job and dumped by my boss-boyfriend at the same time (lesson learned the hard way, don’t even start), I’m forced to adopt the ‘New Year, New You’ mantra whether I want to or not. The only silver lining is a rundown old house my estranged aunt left to me in Starlight Bay, Massachusetts.That is, until I run head-on—literally—into Jackson Montgomery, local hometown superstar and the best contractor in town. He offers to help with renovations so I can rent it as a side hustle once I find a job and move back to Boston. Unfortunately, he does not offer to date me, which is a crying shame because he’s exactly what I didn’t know I was looking for.Jackson:

I’ve never made a New Year’s resolution until this year. Why? Because I think they’re stupid and 99.9% of people break them within six weeks. But after my girlfriend cheated on me with my (ex-) best friend, I knew I had to do it. Give up dating for at least a year, but maybe the rest of adulthood.What I hadn’t counted on was meeting Harper, a perky city girl just begging to be kissed. Fixing up her late aunt’s house was proving to be a bigger job than I could handle in the feelings department and I didn’t like it one little bit. I just needed to get her fixer-upper fixed so she could get out of Starlight Bay before something happened I couldn’t repair with a hammer and some nails.﻿