We are so excited to be bringing you the release of DARK MEMENTO by USA Today bestselling author Katie Reus. DARK MEMENTO is a new romantic thriller you don't want to miss - be sure to get your copy today!

Welcome to Verona Bay, a small coastal town where the secrets just won’t stay buried—and people aren’t always who they seem.
She was the one that got away…
Eight years ago Serenity Washington watched as her twin sister was murdered. She was lucky to escape the same grisly fate. With her sister’s killer in jail, she relocated and tried to move on with her life. She married a man in the Air Force and started a family, but when her husband dies unexpectedly she moves back to the last place she remembers being happy—Verona Bay, FL.
Now that she’s come home, it’s all starting again…
Within months of Serenity’s homecoming, she receives a ‘gift’—a bracelet from her sister that was never recovered after her death—and a taunting note. Terrified for herself and her young daughter, she turns to the local sheriff for help. But there’s only so much they can do without proof that the gifts aren’t more than sick pranks. There’s been no DNA, no fingerprints left behind—nothing to indicate who’s leaving them. As the horrifying gifts arrive with increasing frequency, Serenity has no doubt that she’s the ultimate target. But with her sister’s murderer—a confessed serial killer—still behind bars, she has no idea who’s stalking her.
She turns to the one man she’s been trying to keep her distance from…
Former Marine Lucas Jordan has been hung up on single mom Serenity since she moved back to Verona Bay, but she’s made it clear she’s not looking for a relationship. When she’s targeted, however, all bets are off. He won’t sit by while she’s terrorized, and with her and her daughter’s lives in danger he’s prepared to stand his ground and protect them both. Together they face the impossible task of trying to figure out who to trust before they all wind up six feet under.

Get your copy of DARK MEMENTO today!

Rain slapped Serenity in the face as she raced through the woods.

Lightning cracked, illuminating the forest. She let out a scream as he stepped up from behind a tree, his eyes wild and manic, his face elongated like a werewolf.

A scream caught in her throat as she turned and ran. Her feet slipped in the mud, propelling her forward.

Pain ripped through her skull as he grabbed the back of her hair.

“No!” She tried to scream but the word got stuck in her throat. Every time she tried to shout for help it came out as a whisper.

She fought against the mud and grass with her feet but kept slipping as he continued dragging her backward.

Everything in front of her morphed and suddenly they were in that wretched cabin again.

He tossed her onto the floor, her palms slamming against the wood. Pain splintered through her, her heart racing out of control.

“Not done with you yet,” he growled, the sound inhuman.

Savannah sat on the table now, blood pouringfrom all of her wounds, her skin a grayish color.

“You should have run faster.” Her sister’s words were disembodied.

“Be careful,” her sister whispered. “There is danger on the horizon.”

Her eyes opened with a start.

A nightmare. Just another nightmare. Though this one was different than before.

He’d never brought her back to the cabin.

Despite being soaked in sweat, a chill snaked through her, making her tremble. It was just a nightmare, she reminded herself. Nothing more.

She couldn’t be back in that cabin, stuck in hell. 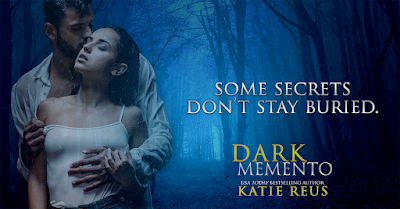 Katie Reus is the New York Times, USA Today, and IndieReader bestselling author of the Red Stone Security series, the Moon Shifter series and the Deadly Ops series. She fell in love with romance at a young age thanks to books she pilfered from her mom’s stash. Years later she loves reading romance almost as much as she loves writing it.