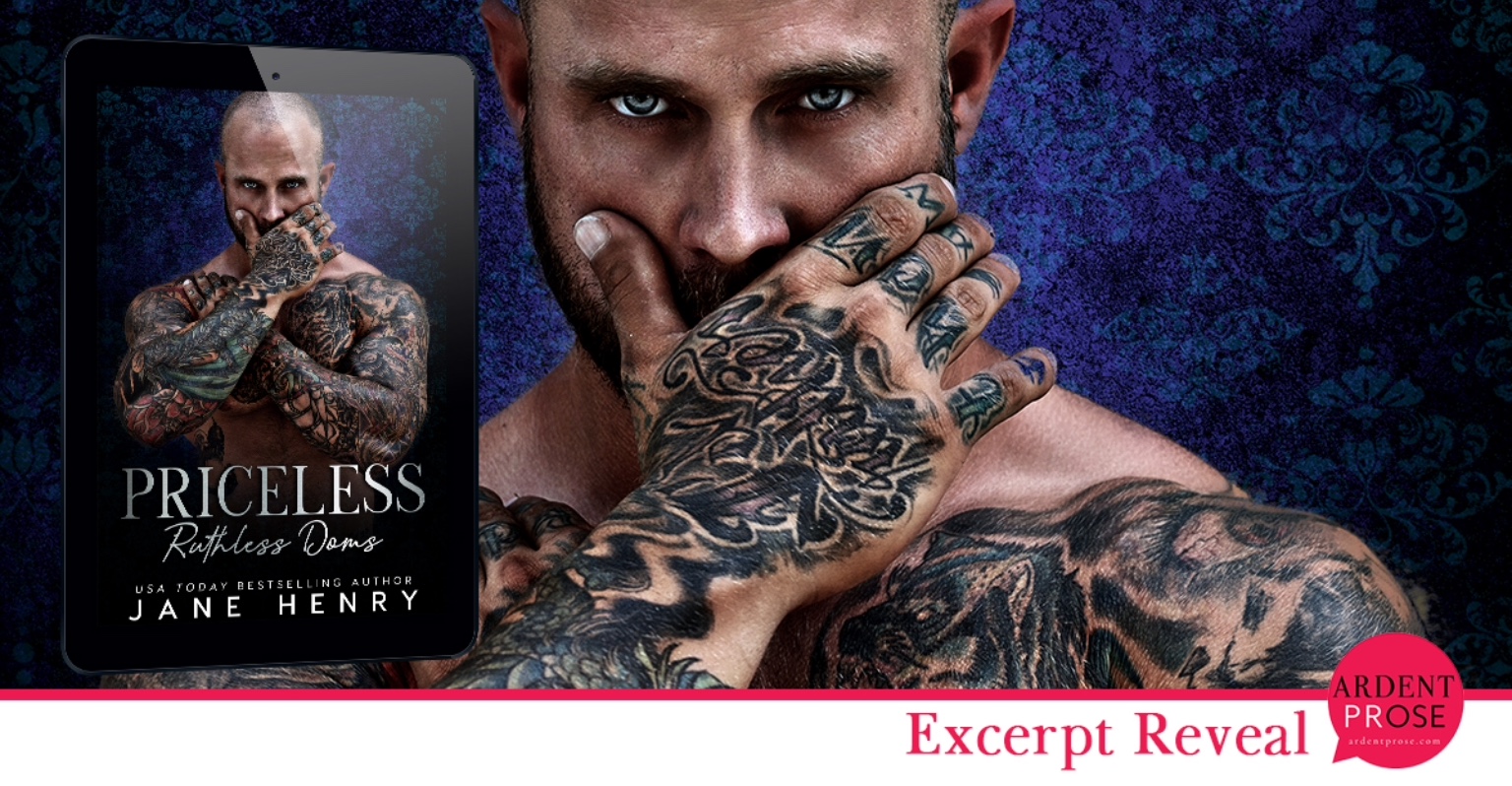 Ruthless is a fully stand-alone spin-off from The Wicked Doms series.

Please note: this dark romance contains mild dubious consent, elements of violence, and kinky, sexual scenes. If such subject matters offend you, please do not read. 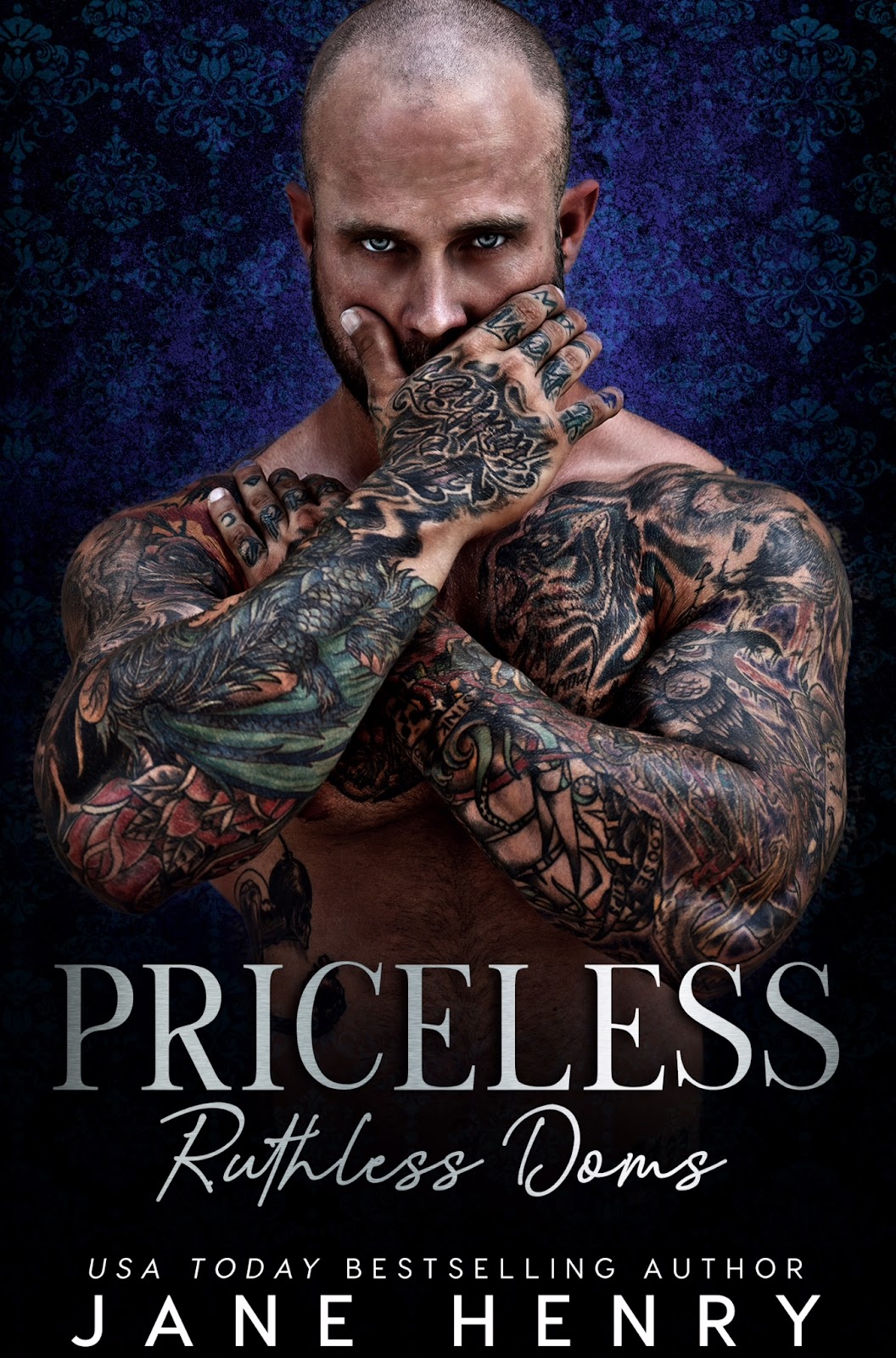 I look at the sea of faces in the cramped, humid high-school auditorium.

Cheerful. Youthful. Full of hope and promise and pride.

But I see past every one of them.

I'm not here to observe the masses getting their rolled-up diplomas and marching off to college, holding flowers from grandparents and parents and boyfriends, posting goddamned selfies all over social media. I've ignored every word the politicians and speakers said, more intent on the conversation around me than anything. I see every eye that looks at her. Everybody within arm's reach.

I know each exit in this school, and every few minutes run my thumb along the cold metal I have tucked into my pants and the knife in my boot.

Ever vigilant. Ever watchful. Because this is my job.

I don't give a shit about anyone else in this place.

The rest are faceless, nameless, my focus on the one girl who stands out from the crowd because of her sheer, vibrant beauty. The belle of the goddamned ball. She's reckless and impulsive and brilliant.

My charge. My ward. The girl I've been commissioned to protect for four years.

The longest fucking years of my life.

Seventeen years old, just two days away from her eighteenth birthday. On the cusp of legal adulthood.

And the daughter of my father's best friend.

Off limits, in every fucking sense of the word.

I've been Marissa's bodyguard since she was thirteen years old. I've stayed in the background, attempting to give her the freedom a burgeoning teen needs, but honest to fucking God, screw that. I failed on that end. I could count every hair on her head. I could tell you the name, date of birth, location, and history of every single damn person she’s interacted with, and every boyfriend knew exactly who I was. I got to know them, too, and each has a folder on file with detailed background checks. Slightly over the top for teen-aged kids, and the files were admittedly slim, but I have no regrets.

She was just a child when we met, innocent to the ways of The Bratva. Ignorant of the work her father did.

And now, as she prepares to go off to college, it's my job to keep protecting her.

But as I watch her walk across that stage, her brilliant smile lighting up the whole fucking Northern Hemisphere, my heart squeezes, and I swallow hard. Jesus, I'm proud of that girl. And I'd give fucking anything to keep that smile on her face.

I look away and school my features. I shouldn't have allowed my admiration to show even for a second. If anyone... anyone suspected how I feel about her...

My phone buzzes, and I ignore it at first, watching as Marissa walks down the stage on death-defying heels she should never have been allowed to wear. I swallow hard as her father embraces her and hands her flowers. She scans the auditorium, as if looking for someone, when her eyes meet mine.

I give her a small nod before I turn away and answer the phone.

Laina, my younger sister, is on the line.

"Do not take your eyes off of her, Nicolai."

I'm instantly on guard. I swivel around to look back at Marissa, my pulse racing when I see her father at first, but I don't see her. She was here a second ago.

"What the fuck are you talking about?" I hiss into the phone as I push my way through the crowd to get to her.

"I overheard something I shouldn't have," Liana says, her voice shaking.

"Tell me." My voice comes out in a choked whisper.

Where the fuck is she?

I knock a lady's bag off her shoulder in my haste to get to her. "Hey!" she says, but I plow on, ignoring the angry crowd I shove out of my way, making my way toward the front of the auditorium.

"I can't speak freely right now," she says. "I'll call you as soon as I can, but listen to me, do not let her out of your sight."

And then I see Marissa. Bending down to pick something up, then laughing as she adjusts the ridiculous square graduation cap on her head.

I exhale a breath I didn't know I held.

"You fucking tell me what's going on, Laina."

"I'll call you right back."

The phone goes dead. Cursing, I shove it in my pocket, keep my head down, and take my place beside Myron, her father. He shoots me a curious look.

I turn my focused gaze on Marissa. She's walking hand in hand with her motherfucking boyfriend now, and I clench my fist. I hate when he touches her and have had to endure night after night watching her sneak away to be with him. I give her a semblance of privacy. His background's clean, but Jesus what I wouldn't give to break his pretty boy nose for coming near her.

He has the fucking balls to shoot me an audacious glare. I glare back, narrowing my eyes on him. He knows I'm watching his every fucking move. The prick swallows hard and visibly pales.

My phone rings again. I answer on the first ring.

"Listen to me." It's Laina. "I had to go where no one would hear me. I'm alone but I don't want anyone to overhear. Do you see Myron?"

"Yes," I say, my eyes reluctantly moving from Marissa to Myron.

"I went on a walk just now and overheard a talk between two of his men." Her voice is hushed, shaking. We deal with high stakes in the Bratva, and I know intuitively anything that would send Laina into a panic matters. "He made a deal, Nicolai."

The blood rushes in my ears so hard and fast it's hard to hear her. I know the kinds of deals she could be talking about.

"He's sold her," she says, her voice breaking. "He's put her up for auction. One week."

"Who did?" I want utter clarity.

"Myron," she breathes into the phone. My hands clench into fists of rage so tightly my knuckles turn white. I could kill him, right here, I could beat his motherfucking body to within an inch of his life before I slit his fucking throat.

This can't be. Our brotherhood does not deal with human trafficking rings. There are no auctions with us.

What can she possibly be talking about?

"How do you know this?" I demand. This is no small task she's given me, no small accusation she makes.

"I heard it with my own ears," she says on a shaky whisper. "You have to take her. There's no other way."

Take her? What the fuck is she talking about?

"Everything okay, Nicolai?" Myron stands a few feet away, his dark black eyes suddenly looking more menacing than I remember.

Is it my imagination? Or is he really guilty?

Laina would not lie.

"Fine," I tell him. It takes effort to keep my voice steady. "Are we off to the party?"

He's rented a large hall. Food will be catered and he's even hired a live band.

"Yes," he says, and then he reaches for Marissa. He strokes his hand along her hair with a wistful expression and kisses the top of her head. A fatherly gesture, but in light of what Laina's told me, his gesture makes my skin crawl.

"Nicolai," Laina pleads into the phone. "You have to believe me. She's being taken. Groomed. And put up for auction."

"Where?" I ask, rage boiling inside me at the very thought of anyone touching Marissa.

I run my hand through my hair and look wildly around the auditorium.

If Laina is wrong, my father will lose his mind, and I'll be punished as a Bratva traitor, facing painful, brutal torture and death.

USA Today Bestselling author Jane has been writing since her early teens, dabbling in short stories and poetry. When she married and began having children, her pen was laid to rest for several years, until the National Novel Writing Challenge (NaNoWriMo) in 2010 awakened in her the desire to write again. That year, she wrote her first novel, and has been writing ever since. With a houseful of children, she finds time to write in the early hours of the morning, squirreled away with a laptop, blanket, and cup of hot coffee. Years ago, she heard the wise advice, “Write the book you want to read,” and has taken it to heart. She sincerely hopes you also enjoy the books she likes to read.