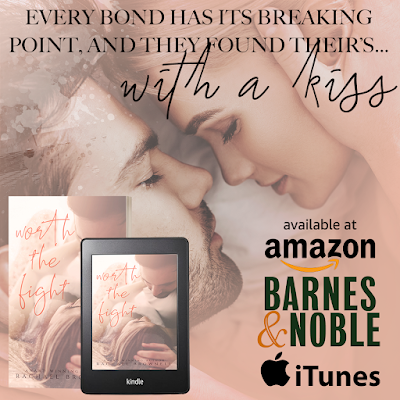 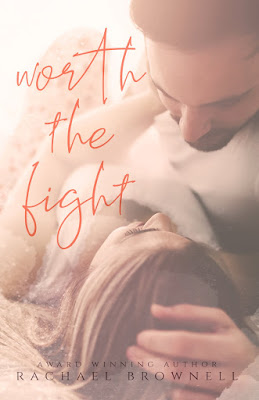 Cassidy’s a fighter, designed to survive.

After the crushing death of her parents, she persevered. When she caught her fiancé with another woman, she held her head high and moved on. Fighting always came easy, because she never had to do it alone.

She had Liam.
Her best friend. Her protector. Her rock.

But every bond has its breaking point, and they found their’s... with a kiss. One weak moment upturns the foundation of their relationship, making Cassidy look at Liam in a whole new light.

Now, she has a choice to make. Is the shift from friends to lovers even possible? Or will Cassidy lose the one person she can’t live without?

From Award-Winning author Rachael Brownell comes the sweet romance, Worth the Fight.

“Wow this book was everything I wasn’t expecting!” ~ Millennial Life Crisis Bookshelf

“5 Stars are not enough!! This is one friends to lovers romance that you do not want to miss.” ~ The Overflowing Bookcase

Cassidy is having one of the worst days possible. She’s finding it hard to turn that around to finding the best day possible. Liam is a friend whose there when you need him. He’s a man who has the protector role down pat. Our author does a great job in creating a man who is perfect book boyfriend material. He almost seems too good to be true. But then again, maybe he has an incentive.

Our author has created something that seems so realistic. We have a woman whose had the rug pulled out from under her on a day where happiness should be a given. Some women who read this tale may be the one who understands what Cassidy is feeling. You have to wonder where she finds the strength to change what you think might be her destiny. But it seems that Liam may have a say in that. He’s a good friend because he wants his friend to be happy.

This is a sweet story with a little bit of heat. Yes, there are some instances where you might be sad about the circumstances. It’s hard not to put a smile on your face since Liam tries to do that for Cassidy. Their story has a very sweet, very romantic ending. You may find that after you finish this book that you’ll want to check out more of what this author has written.

I feel like I've been slapped across the face. Blindsided.
This couldn't have been the first time they fucked each other. It had to have been going on for a while. How did I not see it? Unless I was at work, I was generally with one of them. Between wedding planning and social engagements, Garrett and I were busy. Kendra was right there with us, helping with the little details. Offering to take care of things for me when the end of the school year had me stressed out.
If they had been sneaking around, I would have seen the signs. Right?
Does it even matter now?
Watching her ride him was enough. There's no doubt in my mind after seeing that. No matter when it started or how long it's been going on, they can have each other now. I want nothing to do with either of them.
I should have called them out when I caught them. Instead, I ran. Right out the closest set of doors and into Liam's firm chest. My face must have said it all. One look at me and he swooped me up in his arms and carried me away, leaving his date hollering after us.
My eyes were locked on the church as he drove past. My heart broke a little more when I spotted Liam's father out front. Probably looking for me. Waiting to walk me down the aisle.
I'll have to apologize to him later. To explain why I disappeared. But not yet. I'm not ready. It was hard enough to get the words out when Liam finally asked what happened. At least with him, I didn't have to sugarcoat things or watch my language.
I found Garrett fucking Kendra.
That was my answer. Plain and simple. And because he knows me better than anyone else, he knew not to push me any further. Not that I could have answered any questions if he had asked them.
I don't know what would possess my best friend to fuck my future husband. I don't know what they were thinking. I'm not sure what I did to deserve their betrayal.

Rachael is a Midwest girl (yes, they say she has an accent but no, she doesn’t hear it) who loves to create amazing stories that tug at your heartstrings with book boyfriends that you wish were real. She keeps her storylines realistic – either she’s heard about it happening to someone or feels that it could happen in real life. She also likes her characters to be relatable so she tries to give them at least one characteristic that is similar to someone she knows.

When she’s not writing her next novel, you can find her hanging out with her husband and son. She enjoys golfing but is still learning, so if you see her on the course… stand back. 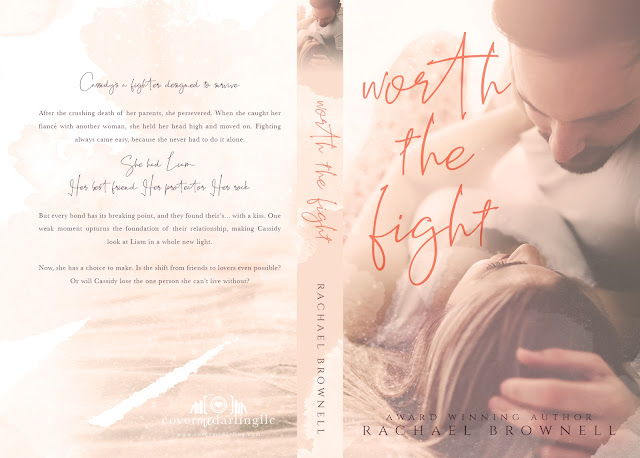