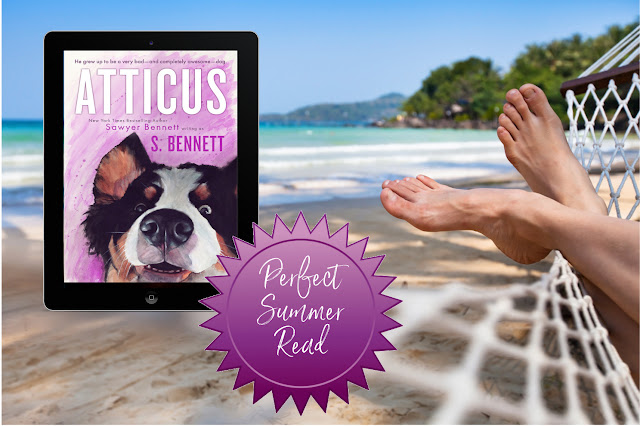 Through the haze of vodka and self-loathing, Hazel Roundtree saw the poor creature lying in a ditch.

One brown eye. One blue.
Covered in mud and crying from pain, the puppy was desperately trying to free itself from a hopeless situation.

She almost kept walking by. She had her own problems and besides… no one had ever stopped to help her.

Who we’re ultimately meant to be is a journey without end, but there’s always a defined start…

Hazel had no idea the dog would be her beginning, her second chance, the miracle she never saw coming. She named him Atticus. He grew up to be a very bad—and completely awesome—dog. He took Hazel on a life-changing journey filled with mischievous adventure to find her happily ever after. In the end, Hazel grew up to be completely awesome, too. 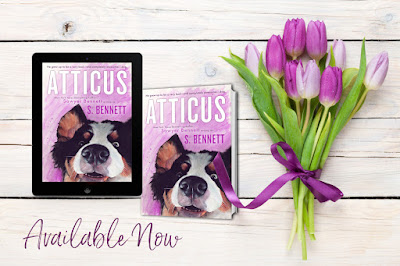 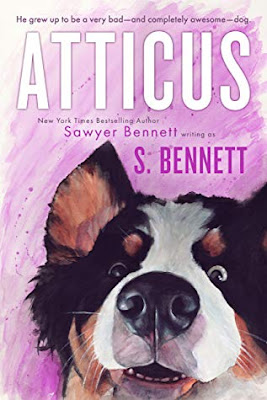 My Review was done just over a year ago:

Atticus gives us a little peek into what he may be thinking. Don’t you ever wonder what your own pet is thinking? Hazel Roundtree gives me the impression she has a life that’s a little confusing. She’s also hanging on by her fingernails. Luck doesn’t seem to be a thing she has but we see her life slowly turn around. Is it her? Is it Atticus? Maybe a combination of the two?

If you’re having a bad day and need something to get you out of that mood why not read a book about a cute dog. I’d say little but if you look up his breed, they don’t stay small but I’m sure they’re still cuddly. Maybe you already have a cuddle buddy. Why not take that cuddle buddy and go sit in your favorite chair and read this story.

This is a story that builds over time. Nothing is rushed. You come to want things to get better for Hazel because in the long run it also means the same for Atticus. If you are a dog lover, you’ll understand how quickly Atticus becomes important to her. She meets a man who may give one appearance to people but he lets Hazel see beyond that. They show us that not everything in life is happy. But that’s all part of learning and experiencing life and sometimes it’s even bittersweet. In the end it shows the connection we have with a beloved pet. It may have you thinking what your own life was like before, during, and after said pet came into your life.