Magan Vernon has been living off of reader tears since she wrote her first short story in 2004. She now spends her time killing off fictional characters, pretending to plot while she really just watches Netflix, and she tries to do this all while her two young children run amok around her Texas ranch.

My life has revolved around the two things I've always loved: whiskey and rugby. Now the marriage clause in my Da's will has me putting both on the back burner if I want to save the Murphy's Pub empire and find a wife.

As the last brother to get married, I need a little help, and that's where my sister-in-law's American best friend, Leah, comes into the picture. She could use a little Irish luck after the deceitful things her ex did to her that brought her to Ireland. With her take-no-shite-attitude, she's just the type of girl to help me find a wife.

That is, if I can remember she’s the matchmaker and not the match. 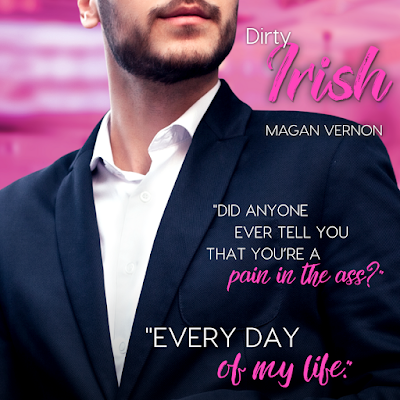 
Now, here I was, with a new beginning and purpose.


The position with Sean might not be my dream job, but it gave me the chance to find something closer to it. To figure out what I was going to do next.


After picking up a sandwich from a nearby café, I continued to stroll the streets of Dublin, looking in storefronts and people-watching the businessmen who walked by.


I pulled out my phone and, like a glutton for punishment, looked through the dating app I’d loaded, where I’d posted Sean’s magazine cover photo as his profile picture.


A lot of random women and men were already sending messages and some very lewd photos. How the hell did they even know if this was the real Sean Murphy before they sent a picture of their goodies? Geez…


Okay, maybe dating sites weren’t the best bet for him, and I’d have to try something else.


Groaning in frustration, I decided to put the dating app to the back of my mind, like I’d been doing with everything else in my life, and open the word game app that I’d been playing.


Normally I just played random bots, but there was one name that made me smile as an opponent, even if I wouldn’t admit that to him.


What the hell? Was that even a real word?


I opened up the messenger on the same app and sent him a reply.


Leah: I feel like you’re just googling random words to see what will work.


His response was quick—and smart-ass.


Sean: Whizbang, according to Google, means a resounding success. Like I am at this game.


Leah: *Eye roll* Good thing you still have Google. How else would you score any points, since I know for a fact this game doesn’t take slang?


Sean: Find that out trying to use some American lingo? Like gotten? Why do people still use that anyway?


Leah: Did anyone ever tell you that you’re a pain in the ass?


Sean: Every day of my life.


I may have been snarky in our conversation, but I found myself smiling as I stared down at the screen.


It was easy to get lost when it came to talking to Sean.


So, lost I could forget that he was my best friend’s brother-in-law and my new boss who I was supposed to be finding a wife for. He had a future with rugby and the company.


We couldn’t be anything more than friends and in a business relationship.


No matter how much he made me smile. 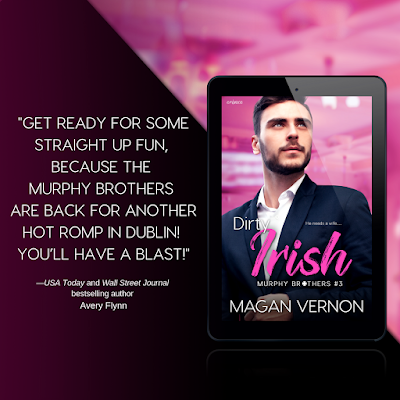