All she wanted was a kiss…

What she got, was fiery passion…

Emily Howard knows she is destined to be a spinster. She has accepted this fate, but that doesn’t stop her from wanting to experience kissing. What she doesn’t expect, is for Griffin Crawford, the handsomest man in the world, to do the honors. Or for all her female relations to discover her in his embrace. Naturally, marriage is instantly mentioned, but since Emily knows this is not what Griffin wants, she tries to escape him, her family and the ensuing scandal.

When Emily flees the Camberly ball in the wake of their kiss, Griffin goes in pursuit. He will not allow his sister-in-law’s determined friend to risk her safety for any reason. And risk it she will if she means to return to her countryside home by herself. But the longer he remains in her company, the more he is tempted to kiss her again. If only he could risk falling in love and remain in England forever.

Griffin did his best to come to terms with her statement. There was something in what she had said. Something meaningful just beyond his grasp. “I take it the men you have kissed in the past were important to you, then?”
A sudden dislike for these men swept through him, and his desire to learn their names and discover who he would have to avoid in the future was particularly unsettling.
She stared back at him for a long, hard second and eventually snorted. “No such man exists, Lord Griffin, which is rather the point, don’t you think?” Spinning about, she started toward the terrace once more. Griffin blinked, the relief easing the tension within so soothing, it took him a second to respond. He hastened after her without even thinking and grabbed her wrist before she reached the stairs. She turned, eyes wide with surprise and wonder.
“Kisses are overrated,” he murmured, his voice almost breathless. What was it about her that made him so desperate to keep her out here with him and away from the ballroom? He did not know and wasn’t even sure it mattered. But the fact that she’d never been kissed…that was important. And yet, the only thing he could think to say, most likely in an effort to make her feel better, was, “You have not missed much.”
A soft little scoff conveyed her derision. “What a comforting sentiment from someone who’s likely enjoyed the experience a dozen times by now.”
Griffin raised an eyebrow and watched her surprise sink deeper. “Two dozen times?” His lips quirked. “Three dozen?”
“I believe the number’s so high it would take you a while to reach it at this rate,” he muttered.
She rolled her eyes. “Oh, for heaven’s sake.” Her gaze found his and he was surprised to find humor there. “I suppose you’re just as roguish as all the ladies claim then?”
He knit his brow. “I was not aware such a rumor existed.”
“I’m sure it arose because of your scar,” she said as if this was so evident that his not knowing it surprised her.
“My scar,” Griffin echoed flatly. He’d allowed himself to forget about that while they’d been talking, to forget the way it slashed his left cheek in an ugly red line. It was thick and uneven, puckering his skin in a way that was most unappealing.
“There are those who find such things attractive.”
What about you? he wanted to ask.
He dropped his gaze to her lips and wondered if she would retreat if he made an advance. “We should probably go back inside.” Anything else would be a mistake. He meant to return to Vienna, to live a peaceful life there without the complications of marriage. The last thing he needed was to kiss Miss Emily Howard out in the open where anyone might see.
And yet, Griffin desperately wanted to chase away all the anger and pain her comment had stirred by distracting himself in the simplest way possible. She wants her first kiss to matter. You cannot take that from her. But when she licked her lips and whispered, “Yes,” his restraint took off like an army fleeing a battle. Because the truth was he’d wanted to kiss her since the first time he’d seen her at Clearview. So he did the only reasonable thing he could do when she was standing right there, stunning and utterly tempting.
He leaned in closer and pressed his mouth to hers. 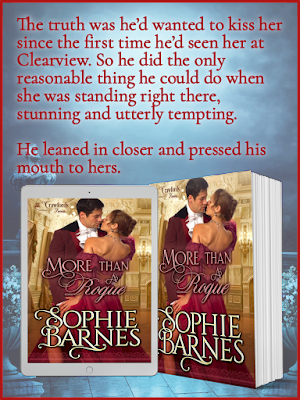 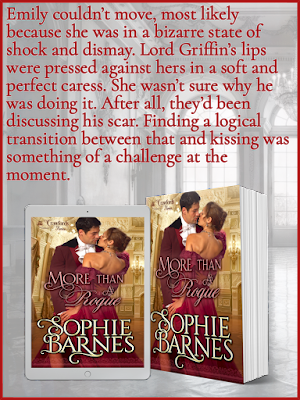 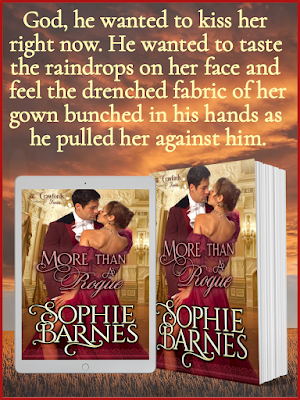 Born in Denmark, Sophie has spent her youth traveling with her parents to wonderful places all around the world.

She has studied design in Paris and New York and has a bachelor’s degree from Parson’s School of design, but most impressive of all – she’s been married to the same man three times, in three different countries and in three different dresses.

While living in Africa, Sophie turned to her lifelong passion – writing.

When she’s not busy, dreaming up her next romance novel, Sophie enjoys spending time with her family. She currently lives on the East Coast. 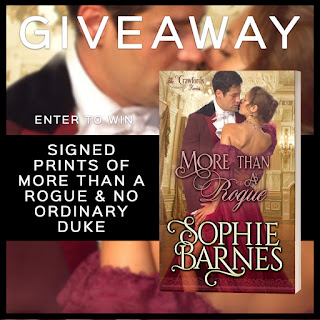