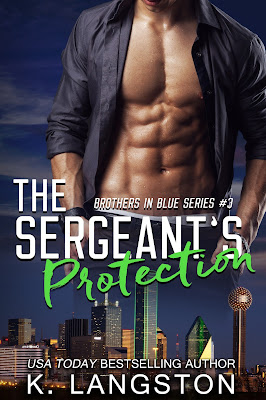 SIX BROTHERSEACH HOLDING A DIFFERENT BADGE OF THE LAWEACH SWORN TO SERVE AND PROTECTprotection: a person or thing that prevents someone or something from suffering harm or injurySergeant Justin Cunningham just completed one of the most dangerous missions of his life, facing off with a notorious drug cartel. Blood was shed and sacrifices were made, but the risk had been worth it because there he found Selena Del Marco, the drug lord’s daughter, who possessed an endearing innocence that could not be tainted. Not even by the corruptive world she lived in. Trapped beneath her father's iron fist for most of her life, Selena often dreamed of escape but would never attempt it for fear of his deadly wrath. After all, watching how her mother died would forever haunt her. However, her prayers were answered one fateful night and with it came freedom and protection. Now she can finally start building a life of her own, and as the days pass she longs for Justin to be a part of it. But right when things begin looking up, a new danger lurks, exposing a secret that will turn her newfound life upside down. 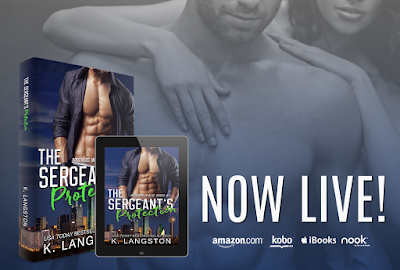 My shoulder hurts like hell but it’s worth the throbbing pain to finally hold her this close. I’ve been dying to do it since I found her in that filthy basement. I can’t explain it. The way she makes me feel inside.

Something that wasn’t there before.

I’d been born with an instinct to protect but I’d never had a feeling quite like this. The irrefutable need to not only protect this beautiful, lost creature but claiming her seems almost as peril. It’s what had me leaping in front of that bullet to save her. It’s what has me desperate to hold her right now. Because if I look at those supple lips for another fucking minute, I’m going to possess them in a way that already scares the shit out of me.

Selena pulls away to meet my gaze once more. “Oh, I’m sorry, did I hurt you?” she asks, dragging her fingers beneath her wet eyes.

“I’m good,” I tell her and she smiles shyly.
That tug in my chest grows stronger, my cock twitching with the curl of her lips. The greedy bastard hasn’t let up either. Not since she was bent over me in a pool of my own blood, begging for me to hang on. She thought I was dying, I thought I’d died and gone straight to heaven. Now she’s sitting here in front of me, looking broken and lost and the only thing I can think of is burying myself so deep inside of her nothing bad can ever touch her again.

“The nurse brought me some clean clothes earlier. Would it be okay if I took a shower?”

“Yeah, do whatever you need to do. I’m not going anywhere.”

She giggles and the sound trickles down my spine in a wave of heat. “I won’t be long,” she reassures me. “Do you need anything before I go?”

I shake my head and, almost reluctantly, she eases from the bed. She retrieves the small plastic bag on the couch then walks into the bathroom, shutting the door quietly behind her. When I hear the water switch on, I sink down farther into the bed, exhaling loudly.

Closing my eyes, I do my best not to think about Selena naked in the shower or the fact that she’ll be staying with me at the ranch. A knock sounds before Reid pokes his head inside.

“Hey, I was hoping you would be awake. How’re you feeling?”

He walks closer to the bed, taking a seat next to me, looking tired and haggard.

He blows out a long breath, relaxing back in the chair. “She’s going to be okay. They’ll release her in a few days. Bodie came by to talk to her.”

Bodie is Cassidy’s brother and Reid’s former best friend. They thought he was murdered six years ago but turns out he’d been hiding out in Mexico, working for the DEA and infiltrating Del Marco’s cartel.

“I’m still pissed but I gotta find a way to make peace with this shit, for Cassidy at least.”
“You’ll find a way.”

“When are they letting you out?”

“Sometime in the morning,” I answer.

“Not yet. I’ll wait until I get home. If I call now she’ll be on the first flight out here.”

He nods. “She’ll be pissed when she finds out later.”

“I’ll deal with it. I got other shit to worry about. I’m taking her back to Pop’s with me.”

“You think that’s a good idea?” he asks, eyeing me.

“What the hell is that supposed to mean?”

“You really want to get technical right now? Not to mention, she’s only nineteen.”

“What does her age have to do with it?”

“Nothing. Listen, I just think you need to take a step back and look at this. You really have no idea the trauma she has been through and how much help she will need. Hell, you need all the help you can get right now, too. I just think you should tread carefully.”

“You think I don’t know that?” I snap, my patience wearing thin.

I see his point but I don’t care either. She needs help, and I want to be the one to give it to her.

Reid stands up. “I’m just looking out for you, brother. Let me know when they release you.”

I nod then he turns to leave.
Once the door shuts, the bathroom door opens. “Is everything okay?” she asks. Her dark hair hangs loosely around her shoulders, damp from the shower.

“I thought I heard someone in here and you sounded upset.”

“I always wanted a brother or a sister,” she says sadly, sitting down in the chair next to me. “Is he your only sibling?”

I shake my head. “Hardly, I have five brothers and a pain in the ass sister.”

Selena beams, her smile making the room brighter. “I would love to hear about them.” She tucks her feet into the chair next to me, leaning in closer.

Goddamn, that voice, soft and sweet, her sexy Spanish accent curling around every word. Her eyes are locked firmly on mine, and I suck back a shot of air, clenching the sheet covering me. I know I should listen to my brother. I should be careful with her, not only because of what she’s been through but because she’s so young and vulnerable, and far too pure for the likes of me, but I can’t let her go.

And something in my chest tells me I never will. 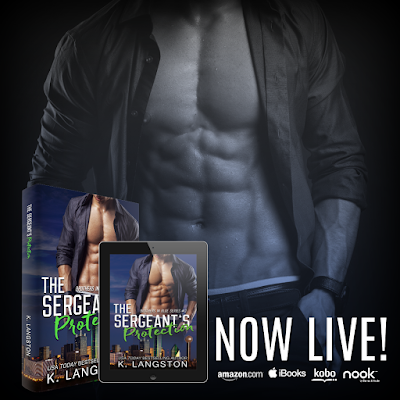 Placing my hand in the center of his stomach, a shiver races through me at the distinct contrast. He may be all hard planes and tight muscle but it’s encased in smooth, tan skin.

My mouth waters to know what his skin tastes like because he always smells so incredible.

My mind swirls, his distinct manly scent bringing all my senses to life. I silently thank the heavens I’m not standing up; otherwise, I would fall flat on my face. Instead, my instincts take over. I lean forward, dropping a kiss right above the waistband of his jeans. I’ve never been so bold.

But he brings something out in me. Something I can’t describe much less comprehend.

It only begs to feel.

His abs tighten in response and I revel in the effect I have on him so I do it again.

“Jesus, Selena,” he hisses, cradling the back of my head with his hands. “I can’t handle that mouth on me right now. Not when I want you this much.”

“It takes every ounce of control I have not to lay you down and find out just how deep I can bury myself inside of you. But I want your first time to be perfect.”

I gaze up at him, the power radiating off of his body is hot and thick, penetrating the air around us, but instead of being intimidated or afraid, I seek refuge in it.

This man. This powerful, beautiful man would never hurt me. I knew that the moment I met him. The moment that I looked into his soulful eyes. The moment he grabbed my hand and refused to let go.

The rustle of fabric fills the room as he rids me of my dress and my bra before laying me back down. His mouth finds my chest once more, the center of my breast, moving down.

Until he’s found my bare calf. He kisses the skin there but I feel it everywhere.

At my very core.

Branding himself across my heart.

Burrowing his essence into my soul.

His lips move upward, toward the side of my knee. Each kiss singeing the edges of my self-control. Every action is measured and fluid as if he’s done this very thing a million times before.

As if my body answers only to him.

Then his mouth hovers right above my panties, his warm breath tickling my skin. “You smell so good. I could spend hours worshiping this body,” he says, dragging his hand up the outside of my thigh to splay across my hip. Lowering his head, his tongue darts out, dragging it right along the seam, driving me to the edge of insanity.

Then he slowly spreads me wide, placing his hands on my inner thighs to hold me open as his mouth covers me, his tongue dipping low to collect the very last of my inhibitions. My hands find purchase in his hair, fingers digging into his scalp in an effort to anchor myself, but it is no use, he sends me catapulting across the dark sky in a display of brilliant, fiery light. The universe no longer exists.

This perfect moment.
Dropping tiny kisses to my trembling thighs, he shifts to stand up and pulls his wallet from his back pocket, placing it on the bedside table. Then he unbuttons his jeans, pushing them off along with his underwear. His eyes stay locked on mine as he retrieves something from his wallet but I dare not look away to find out what it is. I don’t want anything to steal this moment.

The only light in the room is the faint bedside lamp but it’s enough to define every angle and ridge, putting his raw beauty on full display. He’s breathtaking, muscles cording and constricting as he strokes himself, holding my gaze. I’ve never felt more beautiful, more desired than I do right now. 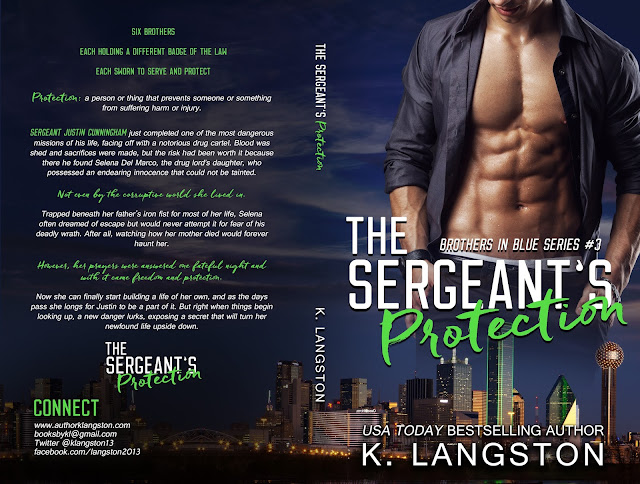