Abby Scofield's love life has been all sorts of wrong.

So when lacrosse star, Brandon Kessler, comes along with his all-American good looks, easy disposition and magnetic charm, things seem to be looking up. Even if they come from two totally different worlds.

Xander Novak is the gorgeous, volatile and often times mean best friend of Abby's twin brother, Aubrey. Her relationship with him is strained at best. But when Xander moves in unexpectedly, things seem to shift between them. But in what direction?

One night of deception, lies, and heartbreak are a common link the three share. When the truth about that night comes out, none of their lives will ever be the same.

Will Abby be able to find the love she's been searching for or will everything in her world fall apart? 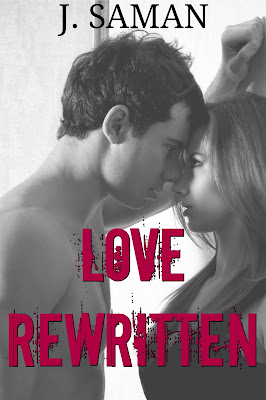 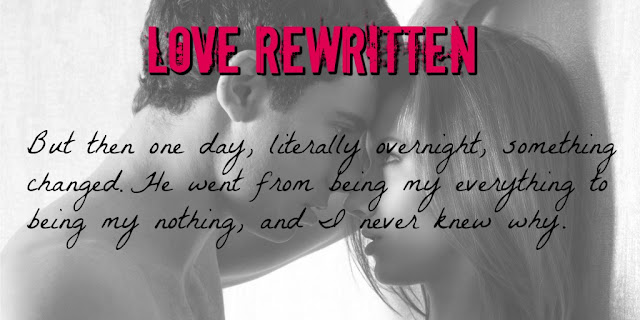 Abigail “Abby” Scofield lets the reader know exactly what she’s feeling – as if we are her friend and she’s talking right to the reader.  Brandon Kessler is the self-assured jock but he slowly reveals other parts of his personality.  Xander Novak is the pain in the neck friend of Abby’s brother.  I found it interesting how Abby’s brother Aubrey seems to have the “Do as I say, not as I do” mentality.

There was a time when I saw how confused Abby was and how I was as well.  But it will have you turning the page because you want to see if she finally figures things out.  This is a story of young adults spreading their wings as they find their place in the world.  A person of a certain age may have a hard time relating to what Abby is going through unless they actually went through something similar in their younger days.

The story seemed to have a lot of ups and downs just like our lives do.  I found the story to have plenty of realism to it – makes it very relatable.  For me the story moved slowly – as if we were reading it in real time.  But having the story move as it was made it very easy to put down.  But it also made it very easy to pick back up again and not feel as if I lost my place.  I liked the fact that the author gave me a happy ending but I just never felt any type of love connection.  Would I read this story again?  Probably not.  Would I read this author again?  I probably would.  Just because this story was not my cup of tea doesn’t mean that I might not like something else this author has written.  Only you can decide if you feel the same.

I find my way back into the bar and am immediately accosted by Aubrey, who is flanked by a seething Xander.
“What the fuck, Abby? Tell me you tossed that piece of shit to the curb,” Aubrey fumes, grabbing my arm and looking me over like he’s expecting to see signs of abuse.
“Can we just go back in and stop this? I don’t want to talk about it anymore. It’s your birthday,” I say, looking at Xander.
“I need to talk to you,” he says with a tone I don’t exactly appreciate. It’s authoritative and a bit belligerent, and it rubs me the wrong way. Like all of this is my fault.
“I don’t want to rehash it.”
“Humor me. It’s my birthday.” He tosses his coat over my shoulders, before spinning me around and directing me back to the door.
“I’m going to stay inside because it’s cold out and I don’t really feel like listening to the two of you fight,” Aubrey says with his hands up, palms facing out as he slowly back away from us.
“Coward,” I mutter, and both he and Xander laugh, which should set me at ease, but it doesn’t.
I’m led back out into the frigid night and I wrap Xander’s big, heavy coat around my body. It’s warm, despite the fact that he hasn’t worn it since we got to the bar and it smells so good I want to bury my nose in the collar and inhale.
I don’t.
That would be weird and embarrassing.
Xander is a pacing a heavy-footed circle and I can’t stop the laugh that flies out of my mouth. “What? You’re laughing at me?” He’s smirking, so I know he’s not all that pissed.
“I am. Why are you storming around? Out with it, Xander. I’m freezing my boobs off.”
His eyes dip down to my covered chest before coming back up to my face. “Your boobs?”
“Amongst other things. What’s up?”
“Did you break up with him?”
“No.”
“No? Why the hell not? He pushed Brian down and then squeezed you. Are you waiting for him to hit you?”
I sigh. “You’re being overly dramatic. He didn’t mean to hurt me and . . . well, yeah, he meant to push Brian, but I think he feels bad about that. I don’t know. I’ll talk to him tomorrow once he’s sobered up.”
“Jesus, shit,” Xander snaps, walking up to me and grabbing me by the biceps. “I can’t handle this, Abby. I can’t. I wanted to fucking kill him when he had his hands on you like that. You have no idea the restraint it took.”
I stare at him with wide, unblinking eyes. I’ve never seen this sort of passion from Xander. Ever. I know some of his history. Why he spends all of his vacations and holidays with our family or Gavin’s. I know some, but definitely not all.
“He’s not good for you,” he whispers, some of his anger dissipating the longer he stares into me.
I swallow hard, feeling the heat of his eyes bearing down on me. I want to squirm. I want to look away or move or laugh or do something that will ebb the thick tension. But I can’t do anything other than look at him.
“He’s not.”
“It was one time. He didn’t even realize he was hurting me. He wouldn’t do that.” I don’t know why I’m saying this to him. I don’t know why I’m suddenly defending Brandon other than I don’t really know what else to say. All of the real things I want to say, the words that are exploding around my mind like a series of grenades going off, I’m not brave enough to utter.
“Is he what you want?”
Xander has asked me this before. Right after I told him that Brandon and I were official.
“As opposed to what?”
Xander closes the small distance between us, hovering over me like a dark knight.
His hands are still firmly affixed to my upper arms as he dips his head closer to mine. Our breaths fog between us, mingling in the cool air. He doesn’t respond. He just stares at me with pleading eyes, begging for something he refuses to ask for.
“Abby,” he whispers softly, sweetly, like my name evokes something warm from within him. “I want—”
“Are you two coming back in?” Aubrey’s voice interrupts whatever Xander was about to say and right now, right this very second, I want to kill my brother. Was he about to say the words I’ve wanted to hear for years? Was he about to say that he wants me to end it with Brandon? Was he about to say he wants to go back inside the bar and never speak to me again?
I have no idea.
And judging by the way Xander jumps a foot back from me like Aubrey just zapped him with a thousand volts of electricity, I never will.
“You want what?” I press.
“I want—”
“Are you coming?”
“Yes. We’re coming,” Xander snaps out before his eyes refocus on mine. “I want . . . to do a shot with you for my birthday.”
Goddammit, Xander!
I can only sigh, and sag with defeat. We’ve played this game before. We’ve danced to this tune for most of our freshman year and it turned into him hating me for the last two. So I’m done trying to read between the lines that are so tightly pressed together, there’s no room for interpretation.
I can only take him at face value.
And while we may have a truce going, I have a sinking suspicion it won’t last much longer. 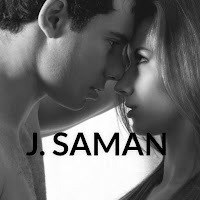 Author J. Saman lives in New England with her husband and three daughters. When she's not writing romance and looking after her busy family, she works as a nurse practitioner. J. is a lover of picking at old wounds and second chance romances. She likes strong female leads and sexy alpha men with a sweet side.


Posted by Lynn's Romance Enthusiasm at 9:30 AM