**** Disclosure of Material:  I received this book for Review from RBTL Book Promotions and the Author.  I was not compensated nor was I required to write a positive review.  The opinions I have expressed are my own.  I am posting this in accordance with the Federal Trade Commission's 16 CFR, Part 255:  "Guides Concerning the Use of Endorsements and Testimonials in Advertising". *****

Blurb/Synopsis:
Foster dreams of getting away, but after his father's death, he has to take over the family dairy farm. It soon becomes clear his father hasn't been doing the best job of running it, so not only does Foster need to take over the day-to-day operations, he also needs to find new ways of bringing in revenue.
Javi has no time to dream. He and his family are migrant workers, and daily survival is a struggle, so they travel to anywhere they can get work. When they arrive in their old van, Foster arranges for Javi to help him on the farm.
To Javi’s surprise, Foster listens to his ideas and actually puts them into action. Over days that turn into weeks, they grow to like and then care for each other, but they come from two very different worlds, and they both have responsibilities to their families that neither can walk away from. Is it possible for them to discover a dream they can share? Perhaps they can plant their own and nurture it together to see it grow, if their different backgrounds don’t separate them forever.

Except:
Foster jumped, dropping the hose. He hadn’t expected anyone.
“Sorry,” Javi said as he stepped forward. He was soaked to the skin, and Foster guessed he’d walked over. “I need some work.” He shuffled his feet nervously. “Things have not gone well.”
Foster had guessed that. “Can you hose down the floor and milking stations?” Foster wondered how Javi kept from shivering, but he picked up the hose and started cleaning everything. Foster went to work on the milking machines, making sure they were spotless. “Mop the floor in the milk room too.” Foster figured he might as well get a leg up on his chores. He went to the loft and brought down some hay for the feeders along with the protein supplements. He added some silage, as well, to sweeten the mixture.
The rain had let up by the time he was done, and Foster pulled out his wallet and handed Javi some cash for the work he’d done. Javi shoved the bills into his pocket. Foster wanted to ask him what had happened and why they were so desperate, but the pride Foster saw in Javi’s eyes told him he could ask, but that answers wouldn’t be forthcoming.
“Do you need help tomorrow?” Javi asked.
Foster wasn’t going to be able to afford someone to help him all week, but he found himself nodding anyway. He knew his mother and grandmother would try to help them any way they could, so it was best to let Javi work and earn the money he needed to help his family. Foster knew that machismo, male pride, was huge in Latino culture. Getting Javi to take charity would be difficult. “If it’s nice, the garden will need to be tended and weeded.” After all the rain, what they’d planted would sprout overnight. “You can also help me shift the hay in the loft to help make room for the new cuttings.”
“I’ll get here early.”
“Do you want a ride back?” Foster asked. Javi shook his head. He left the barn, jogged out to the road, and then down toward the field. Foster watched him the entire time, enjoying the smooth way he moved. He had to force himself to turn away. He shouldn’t be having thoughts like this. He went back in the barn up to the loft and started the process of cleaning and shifting the hay. Moving the heavy bales was just the ticket to work away these thoughts about the gorgeous farm worker.
He retrieved the remaining wayward bales of hay from the edges and corners, placing them near the chute to the main floor, stacking them neatly and then going for more. Foster hated that he had these feelings. He’d heard since he was a toddler all about the evils of alcohol, smoking, and many more prohibitions from the front of the church. More than once he’d heard the prohibition about men lying with men and had sworn the minister had been looking right at him and could see into his soul. In the last year he’d been able to find a lot of chores that had to be done, so he hadn’t been going to church as often. In a roundabout way, he felt better not hearing that he was a godless sinner all the time.
“Foster,” his mother called up. “Your grandmother and I are going to town. Do you need anything?”
He checked his watch and realized he’d been working for hours. “Some snacks would be nice.” He climbed down. “When will you be back?”
“About an hour. We’ll make dinner then.” She left, and Foster went about the process of getting ready for milking, thinking that this was a much easier job with two people, but it was only him, so he might as well get to it. Besides, the work gave him something to think about other than the same set of eyes, light caramel-brown skin, and full lips that had stayed in his mind now for nearly a year. Part of him wished that Javi and his family hadn’t contacted his father about working. Then he wouldn’t be reminded of how he felt and could go on with his life. Not that he knew if Javi felt the same way.
He let in the first half the herd and started the milking process, noting the cows that were going to be getting ready to calve soon. He kept detailed records and made notes in his mind regarding when he’d need to separate them into the calving pens. The work never ended, and Foster got to it, finished the milking, cleaned up the barn, and went inside to have dinner. Afterward, he checked that everything was all set for the night before spending a quiet hour before going up to bed.
That night, as he lay in his bed, staring at the ceiling, tired and worn out, his mind would not let up. All he kept seeing was Javi, worn and hungry looking, at least to start. It didn’t take long before his mind put Javi, not smiling, his eyes filled with heat, standing near him, pulling off his shirt and then tugging at Foster’s. Javi pulled him close, their chests touching, breath heaving, lips finally exploring. The funny thing was that other than on the cheek, Foster had never kissed anyone, not the way that Javi kissed him in his fantasies, like he was reaching down deep to Foster’s heart and soul. As heated as he became, Foster shook his head and put a stop to his fantasy. This was not helping him. He needed to be strong.
Giveaway:
a Rafflecopter giveaway

Andrew grew up in western Michigan with a father who loved to tell stories and a mother who loved to read them. Since then he has lived throughout the country and traveled throughout the world. He has a master’s degree from the University of Wisconsin-Milwaukee and works in information systems for a large corporation.
Andrew’s hobbies include collecting antiques, gardening, and leaving his dirty dishes anywhere but in the sink (particularly when writing)  He considers himself blessed with an accepting family, fantastic friends, and the world’s most supportive and loving partner. Andrew currently lives in beautiful, historic Carlisle, Pennsylvania.
Author Links :
Amazon Author Page
Barnes and Noble Page
Dreamspinner Press
Facebook
Facebook Group All the Way with Andrew Grey
Goodreads
Twitter
Website 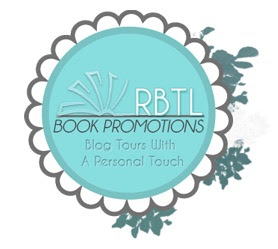