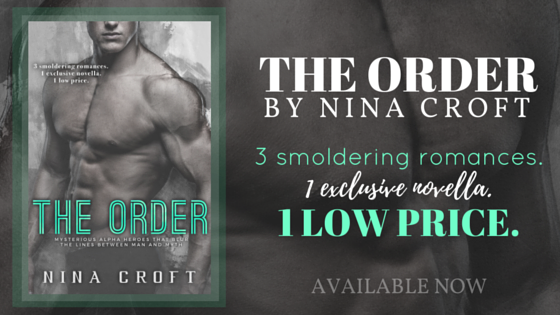 Treat yourself to this box set and binge read the hottest paranormal heroes collected for a limited time! 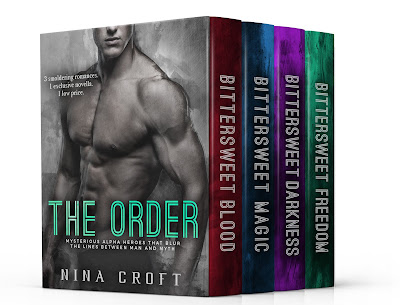 Stop everything and lose yourself in stories filled with scintillating passion, high stakes adventures, and the ever-after kind of love you crave! Let author Nina Croft take you for a walk on the supernatural side of romance with The Order series. Due to high demand, The Order series has been collected into a special edition boxed set with an exclusive novella only available here. 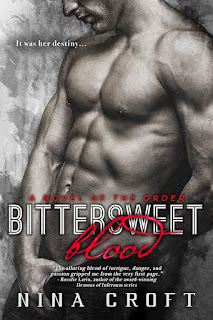 Bittersweet Blood
Determined to solve the mystery of who she is and why everyone wants her dead, Tara Collins hires Christian Roth to help her uncover the truth. But Christian is more than your average PI. A vampire and ex-demon hunter, he lives among the humans, but now a crazed demon hell-bent on revenge is hunting him down, a fae assassin is on the loose with an unknown target, and the Order he abandoned desperately needs his help. As Tara's secrets and Christians problems collide, they'll learn that some rules are meant to be broken. 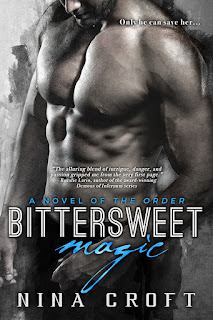 Roz has been indebted to the demon Asmodai for five hundred years. But after completing one last task for him—obtaining a key that had been hidden in a church centuries ago--she'll be free. Piers, the Head of the Order and an ancient vampire, is intrigued by the woman who comes to him for help. He’ll find out who she is and what she really wants when he gets inside her head. But Piers has no idea that Roz is immune to his mind-control…or that he is simply a pawn in her dangerous mission for freedom. 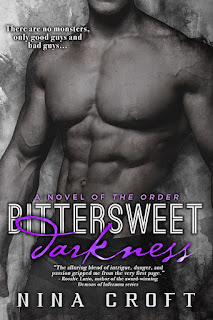 Bittersweet Darkness
As payment for a debt, Ash Delacourt finds himself working with the Order of the Shadow Accords as the demon representative. It’s a chance to be near his daughter, make a new start, and—once he’s met the delectable Detective Connolly—maybe have a little fun. But Faith has a secret and falling in love with Ash—one of the bad guys, albeit a stunningly gorgeous one, isn't part of her future. How can she ever let Ash close when her time is running out…?

Bittersweet Freedom
Follow the mayhem. That's what I'd been told, but how much trouble can one little cat shifter cause? Answer: More than I could ever imagine.
Carl is a powerful werewolf and head of security for the Order, the organization responsible for policing the supernatural world, and as such, it's really not his job to return runaway housekeepers. But when the cat shifter in question has a thing for tight black leather and a way of looking straight through him that's always got him hot and hard, he jumps at the chance.
All my life, I've been a good little slave, but not any longer...
Shera is changing. Not only is she developing a burgeoning obsession with sex and a craving for raw meat, but deep inside her, latent powers are awakening, powers that will bow down to no man. And so, armed with a bucket list and a bag of stolen demon gold, Shera heads off in search of freedom and fun, unaware there's a sexy hunter about to pounce.
But when the cost of freedom is death, Carl must prove to Shera that they have to fight to live…and love. 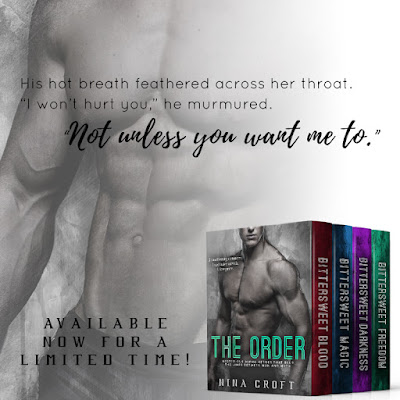 Pick up your copy today:

About the author: Nina Croft grew up in the north of England. After training as an accountant, she spent four years working as a volunteer in Zambia which left her with a love of the sun and a dislike of 9-5 work. She then spent a number of years mixing travel (whenever possible) with work (whenever necessary) but has now settled down to a life of writing and picking almonds on a remote farm in the mountains of southern Spain. 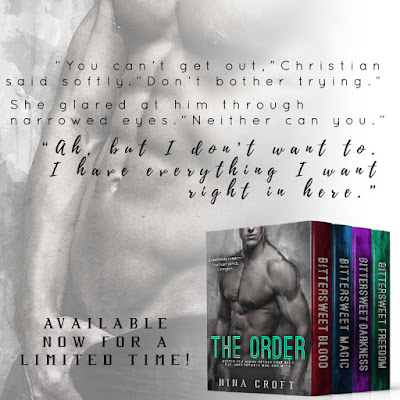