The Truth About Tequila
By Nikki Belaire

Gina’s alone – exactly how she likes it. No one to tell her it’s not her fault, to stop blaming herself. Free from the pitiful looks and whispered condolences. Nothing to remind her of everything she wants to forget.

Until Max. The sexy diversion who lives in the same dangerous world and likes her bed as much as she does. Too bad he loves someone else. Who happens to be her new best friend and his boss’s wife.

She might as well close her legs because he’s never going to open his heart.

A simple promise. Living in a dark existence of death, greed, and deviance, Max swore to protect an innocent woman’s life because he didn’t have anything in his own worth saving.

Until Gina. The seductive mafia princess who hides more secrets than he ever imagined. Lying to herself and everyone else that goodness no longer exists behind her broken spirit.

He’ll sacrifice everything to prove she’s not second choice. Even if her lies destroy their only chance for happiness.

Nikki writes contemporary romantic thrillers and admits to a weakness for alpha males and bad boys, especially ones who can't live without the strong women they love. She spends more time in her characters' lives than her own. But, when she's in the real world, her passions include reading, wine appreciating, running, and spending time with her husband and daughter. 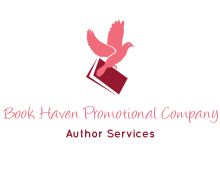